The Bold and the Beautiful Spoilers: Wyatt Learns the Truth About Sally From Katie – Will He Change His Mind About Flo? 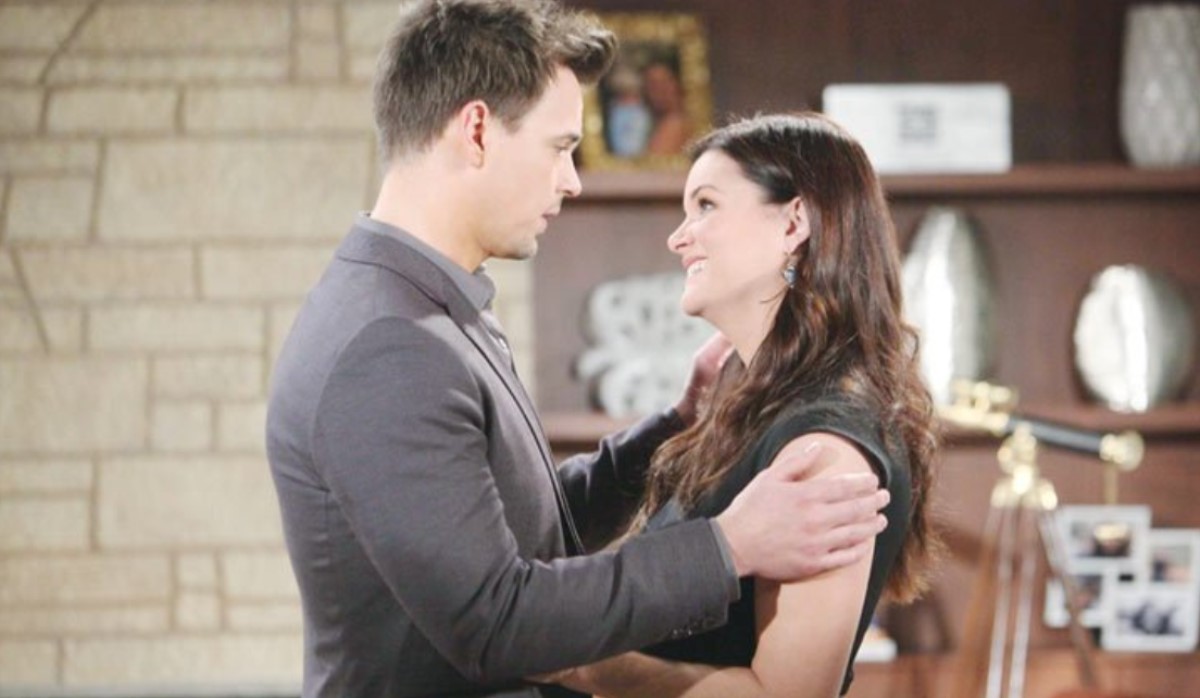 The Bold and the Beautiful spoilers reveal Katie Logan (Heather Tom) tells Wyatt Spencer (Darin Brooks) the truth. It has to do with Sally Spectra’s (Courtney Hope) medical diagnosis. He will be concerned because he claims to still care about her. However, what will this knowledge do to his recently rekindled romance with Flo Fulton (Katrina Bowden)? Keep reading to find out more about this storyline.

The Bold and the Beautiful Spoilers – Sally Spectra’s Medical Diagnosis

B&B spoilers indicate Sally finally gets an answer to her troubling symptoms. She is becoming so concerned and realizes she can’t ignore what is happening with her body anymore. This leads her to get some tests done by a specialist.

While we don’t know what her illness is yet, it has been stated that it will be devastating. It will also forever affect her life, which is having some fans wonder if it is fatal or not.

Sally asks Katie not to tell anyone about what is really going on with her. In particular, she doesn’t want her ex, Wyatt knowing a thing about her health. The two just broke up and he returned to his former flame, Flo. She doesn’t want a pity relationship or to be accused of playing the sympathy card.

However, Katie doesn’t keep her promise. She ends up eventually telling Wyatt the truth about Sally’s medical condition.

The Bold and the Beautiful Spoilers – Wyatt Spencer’s Concern

The Bold and the Beautiful spoilers suggest Wyatt is already concerned about Sally’s well-being. However, when he finds out about her medical condition, he will become even more worried. How can he support her and be there as a friend when she won’t even talk to him? That is the question that is running through his mind.

With that being said, Sally probably will eventually stop being angry with Wyatt. She needs support more than ever.

The Bold and the Beautiful Spoilers: Wednesday, February 5 – Thomas Propositions Quinn – Liam Blames Himself For The Kiss With Steffy #BB #BoldandBeautiful https://t.co/xa9a6RAWbX

B&B Spoilers – How Will This Affect Flo Fulton?

It isn’t known yet how this will affect Flo. However, at the beginning of the year, head writer and executive producer Bradley Bell teased a heartwarming and touching story. He was talking about Wyatt, Sally and Flo. Plus, Flo does need a bit more redemption before fans accept her back into Wyatt’s life.

Could she back off and allow Wyatt to be there full-time for Sally? That is what some fans are thinking. Who knows, maybe Sally and Flo might even become friends by the time this storyline ends.