The Young and the Restless Spoilers: Amanda Doesn’t Want To Get In The Middle Of Villy 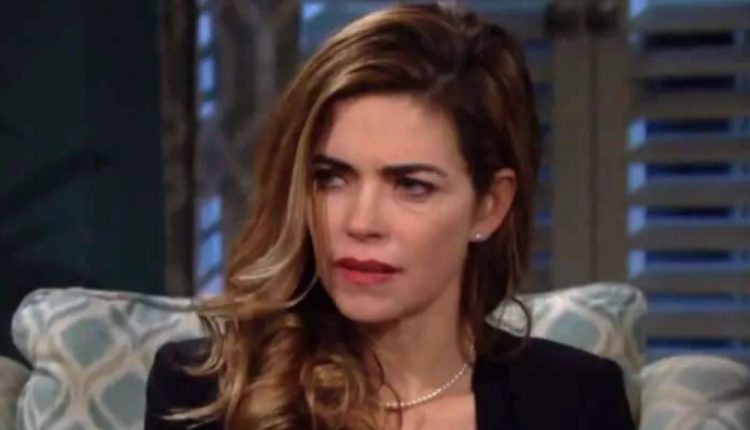 The Young and the Restless spoilers document that Amanda Sinclair (Mishael Morgan) doesn’t want to break up Villy, as she told Vickie Newman (Amelia Heinle). But Billy Abbott (Jason Thompson) did and that’s the latest problem he’s pushed into Vickie’s life.

Villy seemed to be one of Y&R’s feel-good storylines. But then Bad Billy returned. Oh, he’s a variation of the many self-absorbed alter egos viewers have seen before where this character is concerned. However, the results are still the same.

Amanda is vastly different than Hilary Hamilton (Morgan’s initial role on Y&R). Other than her identically striking look, Amanda is far more nuanced than Hilary was.

It’s risky for any well-known soap opera star to agree to return as a new character and so soon (approximately a year) after departing the cast. Obvious comparisons persist, when compared to the original alter ego, possibly lasting forever. Then, there is the unknown factor of whether, or not, the new persona will work.

Amanda is already an engaging character and this comes before any plot has yet to play out regarding whatever her assumed biological tie is to Hilary and then, fans would assume, a romantic connection with Devon Hamilton (Bryton James).

How many times is Billy going to pull the same old stunt? He’s all about himself, as Vickie has been shocked into seeing once again.

It really seemed different this time around. Villy had organically regrown their relationship, dating back to the time when Billy genuinely handled all of their family’s needs while she was wrecked, due to J.T. Hellstrom’s (Thad Luckinbill) attacks.

Then, the boathouse terror seemed to deepen Billy and Vickie’s soulful connection, as her presence was needed to break his fixation on the past. But even that wasn’t enough to prevent Billy from deciding that he needed to be his authentic self. Yes, the cliche he used caused many eyes to roll on the other side of the screen.

It’s nowhere near the same, but Vickie has now been forced into protecting the children and her own self once again. Instead of the unhinged J.T. being a threat, which was later explained as being caused by a brain tumor, Billy simply seems to be creating misery due to his own self-indulgence.

As the surviving head of the Villy family and the leader of Newman Enterprises, Vickie has enough experience to continue leading on both fronts. Meanwhile, Billy will be looking in the mirror for help and believing that all answers are found inside his own mind, rather than in the hearts of those who love him.