The Young and the Restless Spoilers: Friday, February 7 – Cassie Returns To Show Sharon That She’s Not Alone – Special Standalone Episode 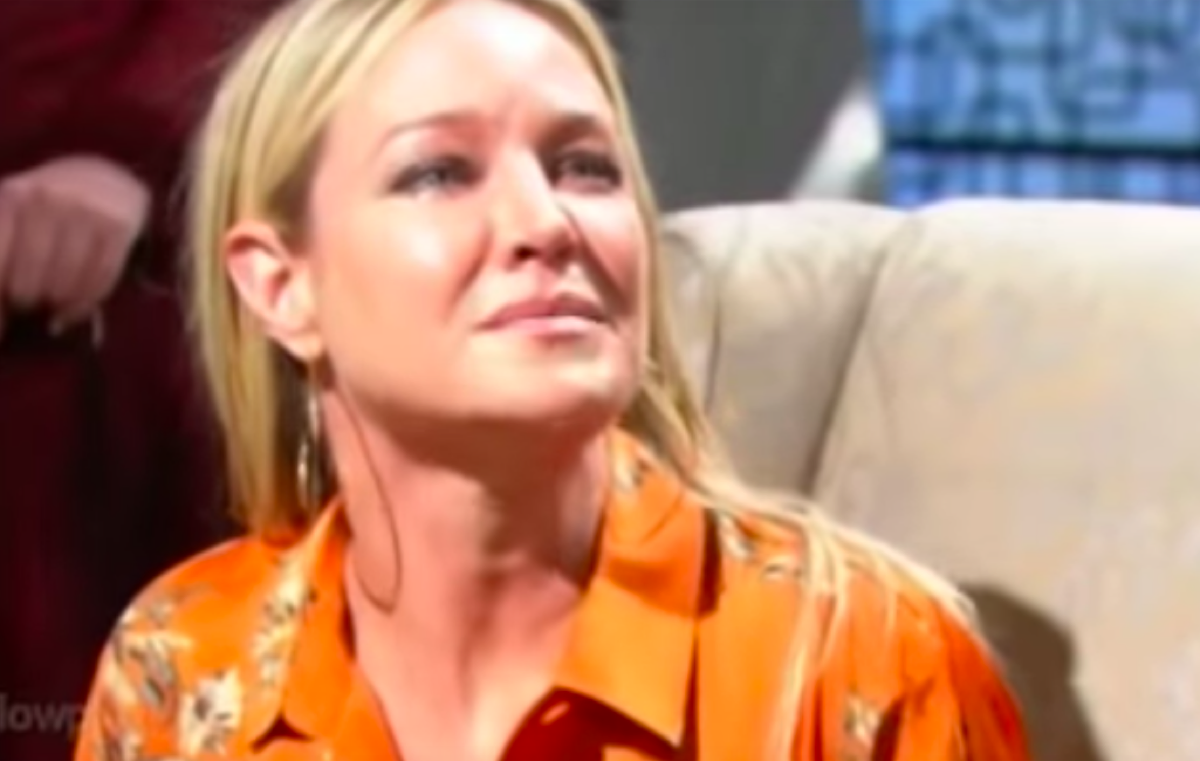 The Young and the Restless (Y&R) spoilers for Friday, February 7, tease that the episode will center around Sharon Newman (Sharon Case) and her cancer battle. Sharon will be at home preparing for her first day of chemotherapy. She’ll be cooking a multitude of foods – chicken soup, lasagna, and macaroni and cheese – as she might not feel like cooking once she starts chemotherapy.

Rey Rosales (Jordi Vilasuso) will be there for support and he’ll offer her a big hug and encourage her to open up and talk about what’s in her heart. But Sharon will be afraid that if she does, then she’ll start screaming and won’t be able to stop. She’ll choke up as she says that this situation is the sort of thing that happens to someone else, not her. She’ll lament that she keeps expecting to get a call saying that it’s all a big mistake.

Sharon will continue to keep herself busy by packing things to distract her during the chemotherapy sessions. While she’ll be grateful that she caught the cancer early, she’ll feel very fragile, saying that she feels like if Rey touches her, she’ll fall apart. She’ll also wish that she could go back in time and not take so many things for granted.

Cassie Newman Appears To Sharon Newman In Her Dreams

Rey will insist on staying with Sharon overnight, but he’ll sleep on the couch since she’s determined to be independent. After Sharon’s in bed, she’ll have difficulty falling asleep, and after a while, she’ll think that Mariah Copeland (Camryn Grimes) is standing by the bed, but it will be Cassie Newman (Camryn Grimes). Sharon will say that Cassie always knows when she needs her.

Cassie will the tell her mother to come with her, so she can show Sharon how strong she is. But Sharon will tell Cassie to go away and that she’s not ready for this. Cassie will then disappear. Sharon will then run downstairs, but Rey will be gone and the door open. In a flash, she’ll be at Crimson Lights, clearly dreaming.

Sharon Newman Has A Nightmare About Pushing Everyone Away

In Sharon’s dream, Mariah will be serving coffee and she’ll say that Rey has moved back to Miami. Phyllis Summers (Michelle Stafford) will show up and announce that no man wants to be with a woman with cancer. Sharon will be grateful that she still has Mariah, but Mariah will say that she’s going on tour, since Sharon pushed her away.

Sharon will beg Mariah to stay, and Phyllis will needle Sharon while a nurse wheels in chemo equipment. Nick Newman (Joshua Morrow) will then show up to take Phyllis out for the night of her dreams. Sharon will exclaim that she just can’t go through this alone, and she’ll then wake up as Cassie reappears and tells her mom that she doesn’t have to be afraid and that she’ll never be alone.

Back in reality, Rey will stir as Mariah arrives at the house. He’ll tell Mariah why he’s there on the couch. Mariah will note that hopefully Sharon is upstairs dreaming the best dream ever.

Meanwhile, Sharon will continue dreaming, as she goes downstairs to find an operating room and a surgery going on. Mariah will be there, as if she’s hosting a talk show where Rey, Phyllis, and Nick are her guests. Rey and Phyllis will talk about how Sharon changed after the surgery, and Nick will say that the changes hit the kids the hardest. When the talk show segment ends, Sharon will “see” herself flatline and shout at the doctors not to leave her there alone.

Later, Sharon’s dream will take her to the Grand Phoenix, where Phyllis will take her to radiation therapy, which will confuse Sharon. Mariah will appear with a cane, and Rey will show up with drugs for her. Sharon will protest, and Mariah will hold up a mirror, and in the reflection Sharon will be wearing a scarf around her head. Cassie will tell her that it’s time to go home.

The Young and the Restless Comings And Goings: Beth Maitland Reprises Her Role https://t.co/9oX9Xo4W6r pic.twitter.com/tZNdYup4Xv

Back in reality, Sharon will wake up and go downstairs to find Mariah and Rey there. Sharon will share with them her dream that Cassie came to take her home. She’ll tell them that she has felt very isolated, but that she now knows that she has them. They’ll share a group hug and Sharon will say that she’ll let them know what she needs from now on.

Sharon will announce that she’s hungry and soon Nick and Faith Newman (Alyvia Alyn Lind) will arrive and Sharon will be happy to have her family around her. Finally, on Friday’s new episode of Y&R, Sharon will sleep in her bed with her girls by her side while Cassie watches over them.