Days of Our Lives Spoilers: Ben Breaks Out of Prison Prompting Ciara To Hide Escaped Boyfriend 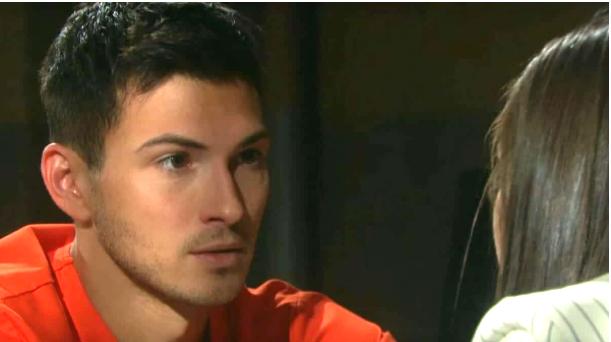 Days of Our Lives spoilers reveal Clyde Weston (James Read) convinces Ben Weston (Robert Scott Wilson) that his only chance is to break out of prison. After Will Horton (Chandler Massey) helps them with the plan, Ciara Brady (Victoria Konefal) takes over. She finds a hiding place for Ben, but she hasn’t given up trying to prove his innocence. She will continue searching for the truth.

DOOL spoilers indicate Clyde has an idea that he thinks will help his son. Never one to do things the legal way, he convinces Ben that his only shot to avoid the death penalty is to escape prison. Now, Clyde never suggests anything unless it will benefit him somehow and this is no different. He has an ulterior motive but then again, he really does believe that to save Ben’s own life, he must break out of prison.

Ben reluctantly agrees that he will die behind bars unless he takes a big risk. So far, Ciara hasn’t been able to prove his innocence or figure out who really killed Jordan Ridgeway (formerly Chrishell Strauss). When Ben breaks out of prison, it won’t be to cause chaos in Salem. Rather, it will be to prove he didn’t murder his own sister.

Days of Our Lives Spoilers – Hiding a Fugitive

Days of Our Lives spoilers reveal Ciara will do anything to help Ben and that includes breaking the law herself. She has always been a bit of a wild child and going to extremes for the right reasons. She ends up hiding Ben in the DiMera gatehouse. However, will they really be able to hide him on the DiMera property with so many people coming in and out of the estate?

It is teased that Ciara hasn’t given up. In fact, head writer Ron Carlivati has conducted several interviews in which he implies that this isn’t a story of the guy saving the girl. Instead, it is the opposite. With that being said, it is clear that Ciara will eventually stumble upon the truth and clear Ben’s name once and for all.