Days of Our Lives Spoilers: Chad and Abby Interrogate Kristen – They Want Answers About The Portrait 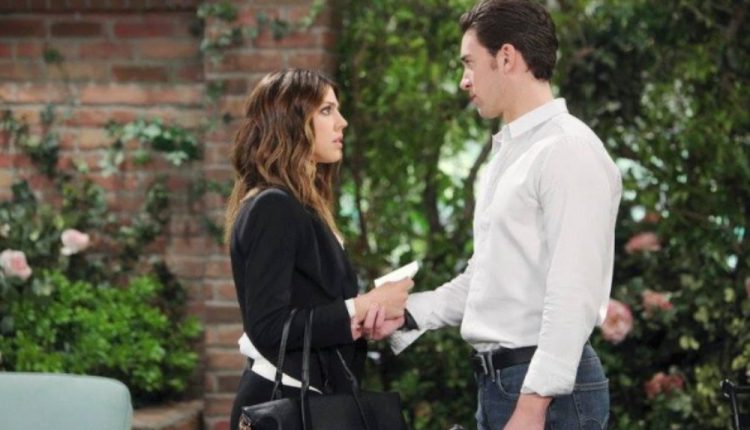 Days of Our Lives spoilers reveal Chad DiMera (Billy Flynn) and his wife, Abigail DiMera (Kate Mansi) wants answers. They decide to ask Kristen DiMera (Stacy Haiduk) questions about Stefano DiMera (Stephen Nichols). As fans recall from Friday’s episode, “Chabby” stumbled upon the portrait of Steve “Patch” Johnson posing as the villain. However, will Kristen reveal the truth or keep her father’s secret?

Days of Our Lives Spoilers – New Portrait of Stefano DiMera

DOOL spoilers previously confirmed Princess Gina (Kristian Alfonso) was working on a new portrait of Stefano. Fans would soon discover that it looked just like Steve. However, very few people in Salem know that Steve and Stefano are the same right now due to Dr. Rolf’s (William Utay) brain chip.

Recently, Stefano arranged to meet his adopted daughter, Kristen. At first, she didn’t believe it was him. After all, it wasn’t her father’s face she was looking at, but Steve’s. Then, he said something in Italian that made her realize it really was her father she was looking at and speaking to. However, he wasn’t ready for the truth to come out, at least not yet.

Days of Our Lives spoilers reveal that Chad and Abigail will make a shocking discovery. We already know that they have found Princess Gina’s new portrait of Stefano, which looks just like Steve. However, they haven’t added things up yet. They are confused but know it means something. It will be only a matter of time before they reach a shocking conclusion.

Days of Our Lives Spoilers – Interrogation

It is teased that Chad will turn to his sister and fire questions at her. He wants answers regarding Stefano. He has asked her before about her meeting face-to-face with Stefano and she did give him a clue at that time. She mentioned how she “almost didn’t recognize him.” However, she wouldn’t elaborate on what exactly that meant.

The next time that Chad interrogates Kristen, he won’t stop until he gets answers and the whole town of Salem will be stunned by the truth. To find out what happens next, fans will have to keep watching the NBC soap opera.