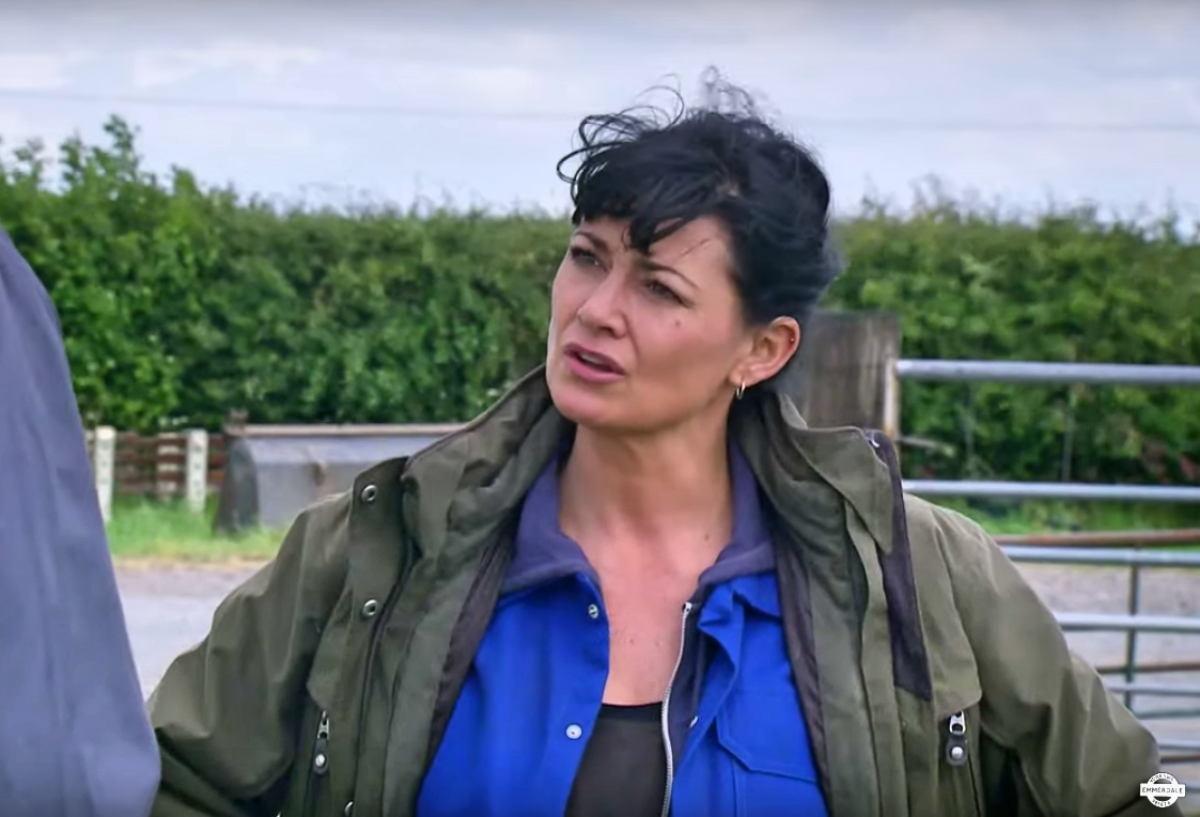 Emmerdale spoilers indicate that Moira does something that will turn her into a bit of a hero. Matty Barton (Ash Palmisciano) is anxious that he won’t be able to cope with running Butlers by himself. Cain Dingle (Jeff Hordley) has heard there are rustlers in the area, so he asks someone to help Matty out. But he refuses the assistance.

Later, Matty and Amy realize some sheep have gone missing and then the unthinkable happens. One of the livestock rustlers approaches and before they know it, they are surrounded by an entire group. That’s when Moira shows up with a rifle. However, will she end up saving the day or causing more problems?

As fans saw this past week, Marlon didn’t want April visiting him in jail. Not knowing how to deal with this, the young girl ended up running away. In the upcoming week, expect her to finally get to see Marlon. As he prepares for it, April says she is going to try and be brave.

Not only will the two finally see each other, but April looks forward to telling Marlon all about the campaign she has been working on with Mandy Dingle (Lisa Riley). It ends up making him inspired.

Emmerdale spoilers indicate Charity and Vanessa will have more tension and conflict. Vanessa wants to tell Rhona Goskirk (Zoe Henry) who stole the money. However, Charity shows up and stops Vanessa before she can say anything. The two will end up in a huge argument over it. Can the couple get through this or will they continue to face trouble? Fans will have to keep watching the British soap opera to see how these storylines develop.