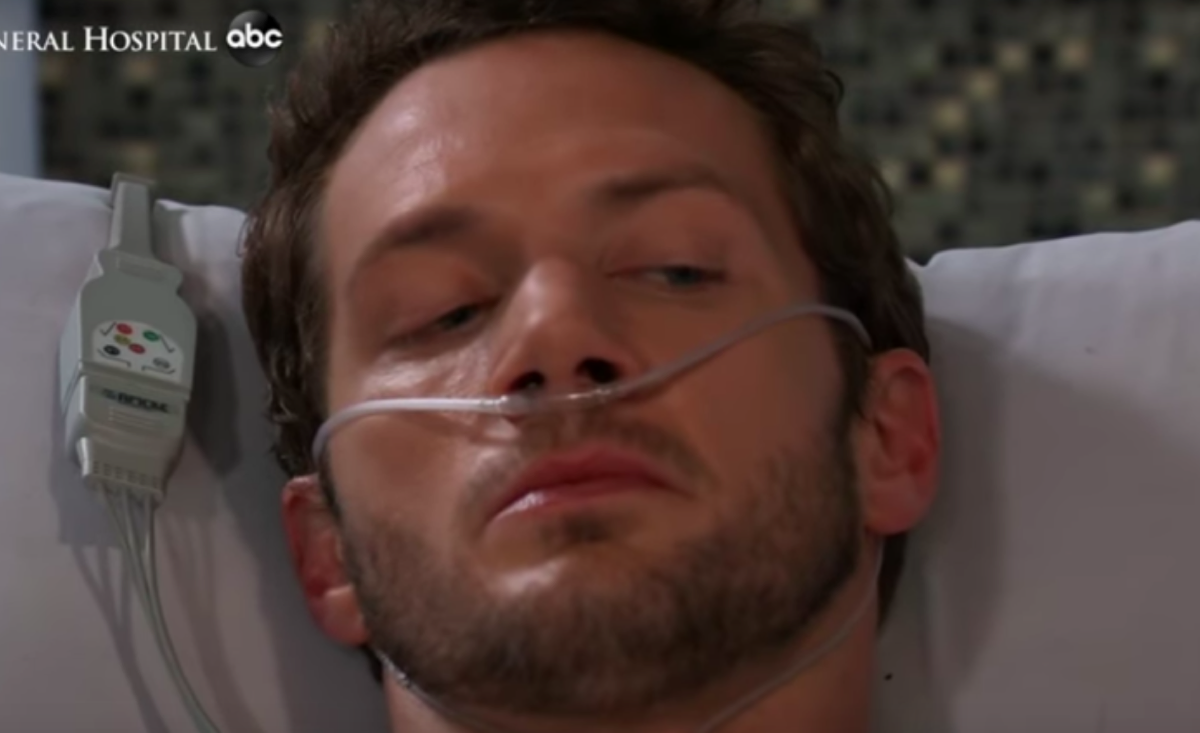 GH Spoilers: Anna Devane Will Pump Hamilton Finn For Info About His Conversation With Sam McCall

Anna will fret over the threat to Peter once Finn shares all the details. Finn will end up spilling the gunman link to “JaSam” soon, so that could cause more problems. In the meantime, Robert will arrive at Anna’s place and marvel at how much Emma Scorpio Drake (Brooklyn Rae Silzer) has grown. He’ll enjoy bonding with Emma again, but Anna will be eager for a moment alone.

General Hospital Comings and Goings: Felix Returns – Will He Nurse Lucas Back To Health?

General Hospital spoilers say Anna will fly into a rage over Robert’s secret scheme. She won’t be happy about Robert plotting with Jason and Sam behind her back. At the Metro Court, Peter will be on hand to hear some unsettling news. Ellie Trout (Emily Wilson) will officially score a job in the area, so Damian Spinelli (Bradford Anderson) will bring Maxie Jones (Kirsten Storms) up to speed.

Maxie will be ecstatic to know Spinelli, Ellie and Georgie Spinelli (Lily Fisher) will be staying in town. Peter, however, should be worried. Spinelli’s a resourceful who’s always in Jason’s corner, so Peter will have to keep an eye on him. In fact, Peter will grow even more worried when Spinelli starts fishing for dirt over their breakfast together. He’ll decide to bail and leave Maxie to sing his praises.

Back at Anna’s house, Peter will show up and overhear Anna ranting at Robert. He’ll realize Jason, Sam and Robert have joined forces to destroy him. Peter’s presence will ultimately be discovered, but he’ll play it off fairly well. He’ll make it seem like he didn’t catch any of their argument, but Robert may have his doubts. Afterward, Peter will make a phone call and hope it thwarts those working against him.

Other General Hospital spoilers say Alexis Davis (Nancy Lee Grahn) will promise to help Neil Byrne (Joe Flanigan). Neil’s medical license will be revoked unless he can convince the board to let him keep it. He’ll inform Alexis that they want her to testify, so she’ll assure Neil that she’ll do whatever she has to do.

Meanwhile, Josslyn Jacks (Eden McCoy) will voice her frustration. She’ll still have a few things to get off her chest about Dev Cerci aka “Dev Corbin’s” (Ashton Arbab) rejection. Trina Robinson (Sydney Mikayla) will let Josslyn vent, but she’ll eventually earn a warning. Joss will insist that Trina needs to be careful.

General Hospital Spoilers: Will Julian Admit To Lucas He Was The Cause Of The Car Wreck? https://t.co/QsaYQsxoPO pic.twitter.com/aKgl5JQL7s

Will Joss fear Sonny Corinthos’ (Maurice Benard) mob war will spread to the teen scene or is this about some mission of Trina’s? Either way, Josslyn will want to be a good friend and watch out for her. The trick will be getting Trina to listen!

At GH, Brando Corbin (Johnny Wactor) will prepare for his discharge. Before Brando leaves, he’ll have to get past Carly Corinthos (Laura Wright)! She’ll pummel Brando with questions about his shady past and wonder if he knew who she was before saving her. Brando will be on the hot seat, but he’ll satisfy Carly for the time being. She’ll agree to put him up in a room at the Metro Court while he’s in town.

As for Sonny, he’ll have a major outburst. Sonny will yell about being totally exposed, but Jason will try to settle Sonny down and form a game plan. They need to figure out how they’re going to deal with Cyrus Renault (Jeff Kober) ASAP. We’ll give you updates as other GH news and rumors emerge. Stay tuned to the ABC soap and don’t forget to check back often for the latest General Hospital spoilers, updates and news.