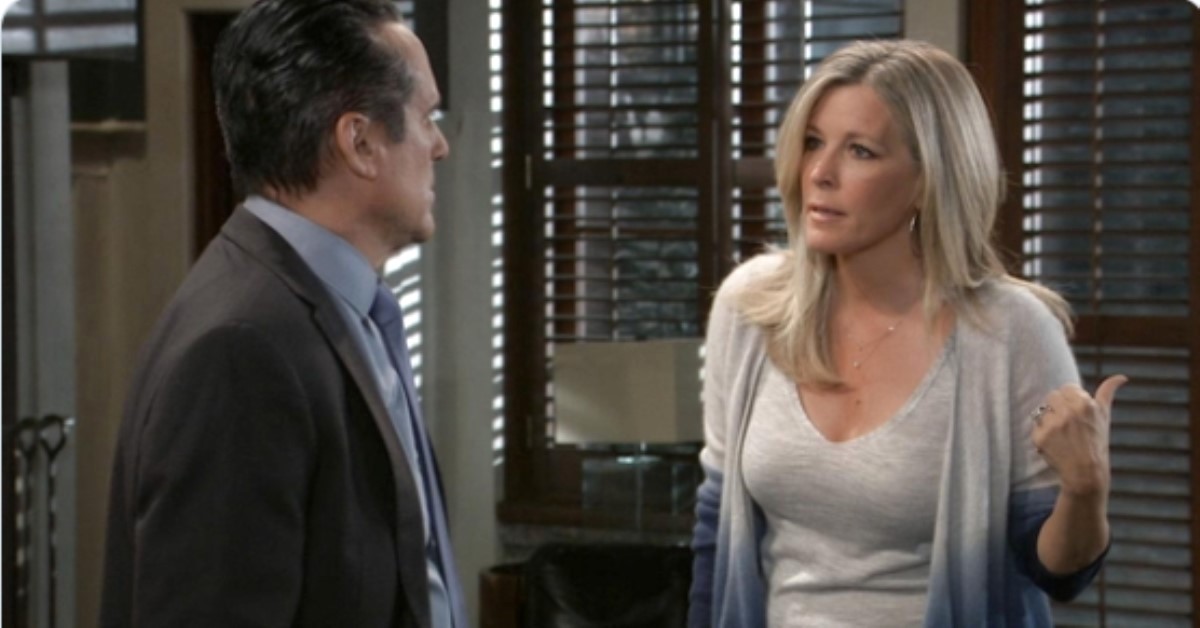 General Hospital (GH) spoilers tease that the threat of another mob war might make Carly Corinthos (Laura Wright) reconsider her marriage to Sonny Corinthos (Maurice Bernard). There is no doubt that Carly and Sonny love each other, but Carly knows all too well the danger just being married to Sonny poses.

Both Michael Corinthos (Chad Duell) and Morgan Corinthos (Bryan Craig) have been victims of mob attacks aimed at hurting Sonny. Michael was shot in the head and was in a come for a long time. And Morgan died in an explosion meant for Sonny. Both of her sons have paid the price for Sonny’s dangerous lifestyle. Carly won’t want to let any of her other kids suffer like that.

Of course, Jasper “Jax” Jacks (Ingo Rademacher) has been putting a bug in Carly’s ear about getting as far away from Sonny as possible. He’s already insisting that their daughter, Josslyn Jacks (Eden McCoy) go away with him. Carly doesn’t want to be separated from her daughter, and part of her thinks Sonny can protect them all. But he hasn’t always been able to do so in the past, and that has to weigh on Carly’s mind as well.

General Hospital Hospitals – Carly Corinthos knew what she was getting into

But it’s not like Carly married Sonny with a blind eye. She knew full well what marrying Sonny means. She’s likely to at least agree to let Josslyn move in with Jax, but will she take the other two girls and leave herself? Carly will have some big decisions to make and no matter what happens, someone is likely to be hurt by her actions.

Sonny will think that the safest place his family can be is with him. He has safe houses everywhere and even an island that the family can go to. But is all that enough? Jason Morgan (Steve Burton) has promised to let Carly know if the situation escalates so she can leave.

Will the danger get so great that Carly has to leave Sonny. How will Sonny react? Can he actually keep everyone safe from this new threat? Only time will tell, so stay tuned to General Hospital airing weekdays on ABC. And don’t forget to check back here regularly for all your General Hospital news, information and spoilers!