The Bold and the Beautiful Spoilers: Steffy Impacted By Guilt – Realizes She Helped Destroy Hope and Liam 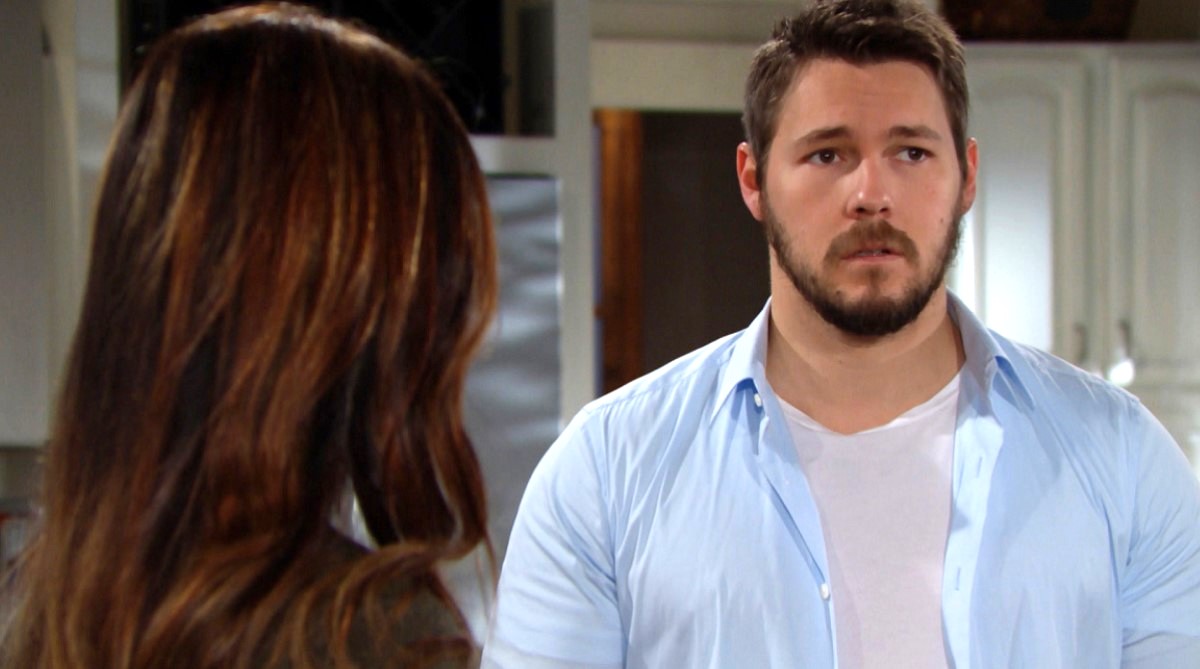 The Bold and the Beautiful spoilers tease that Steffy Forrester (Jacqueline MacInnes Wood) feels very guilty. She knows that going along with Thomas Forrester’s (Matthew Atkinson) scheme caused Lope to break up.

Now, in seeing the deep impact the cliff house kiss has had on Hope Logan (Annika Noelle) and Liam Spencer (Scott Clifton), Steffy feels compelled to tell the truth. However, her brother continues to be written into scenes so that doesn’t happen.

Hope believed that her life with Liam and their daughter, Beth Spencer (Madeline Valdez and River Davidson), was fine. They realized the incredible return of the child that was thought lost forever last year and then appeared to be moving toward remarriage.

But Liam’s conditioned proposal included two terms. One was legitimate, as he asked Hope to stop working with Thomas at Forrester Creations. But the other, being asked to cut legal ties to Douglas Forrester (Henry Joseph Samiri), crossed the acceptability line.

Hope’s rejection of Liam’s proposal led to a totally unexpected result the very next day. An unforgettable image was seen that altered the trajectory of Hope’s life. Liam and Steffy were embraced in a passionate kiss in the back yard. That shocker caused Hope to tell Liam that Lope was over.

Steffy has tried on multiple occasions to tell Liam and Hope what actually led up to the kiss that day. She wants Lope to know the truth for many reasons that include the Beth arc, fairness to Hope, and the love Steffy still holds for Liam, who is Kelly Spencer’s (Zoe Pennington and Allison Marcia Sweeney) father.

B&B can push cliffhangers and their resolutions rather quickly. But the soapy circumstances in this situation present the opportunity to mine much drama for many months if TPTB decides to do so.

Coming clean to Hope, Liam or both might not necessarily cause Lope to reunite, as Liam’s feelings for Steffy would still be reasonably questioned by Hope. However, Liam’s trust in Steffy would be damaged, likely ending current momentum for a Steam reunion.

Liam will continue balancing his obligations to the daughters he’s had with Steffy and Hope. However, he can choose which woman he wants to be with. Whether either lady or both, choose him, is the question.

They need to be with Kelly and Beth will enable Liam to be in Steffy and Hope’s lives indefinitely. The feelings Wood and Noelle’s characters have for him, which include the triangle tension, won’t be hashed out now, or at any time in the near future.

Realization of the contrived kiss will affect whatever decisions Liam and Hope make. When, or if Steffy chooses to drop this reveal creates a false reality that Lope is being forced to handle.