The Young and the Restless Spoilers: Chance And Abby’s Romance Heating Up – Newman Daughter Finally Settling Down 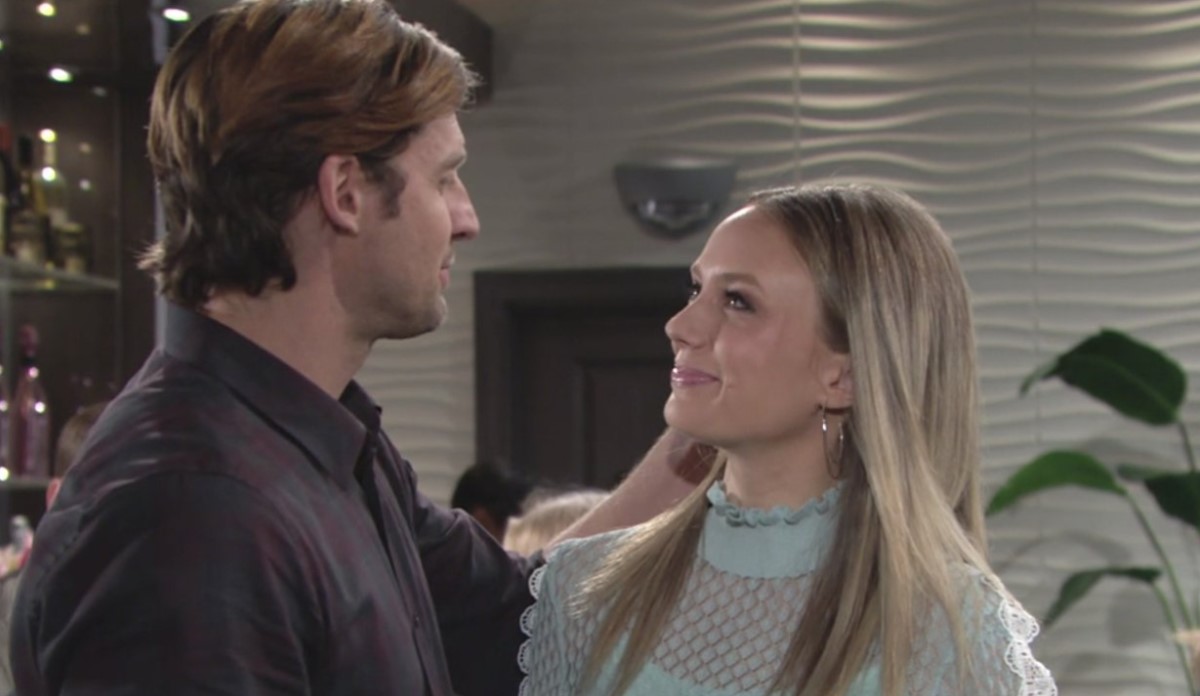 The Young and the Restless spoilers document that Chance Chancellor (Donny Boaz) and Abby Newman (Melissa Ordway) are in the early stages of what is proving to be a fun couple. Y&R’s newest pairing combines a revived character with one who’s evolved mightily in recent years.

Chabs was reviewing past embarrassments in a light-hearted way at the Grand Phoenix hotel. Abby didn’t deny heir heiress days, having locked herself in a trunk as part of a faked kidnapping, or other misdeeds. Chance shared some of his adventures when the recast character he’s now playing was off-screen during the bulk of the 2010s.

This duo is gaining momentum toward what projects as a positive run. Engagement is a way off but could happen if dramas are faced together rather than come between Chabs.

Ordway became the recast edition of Abby in 2013, assuming the role that Marcy Rylan (Abby) held during the referenced heiress period. Ordway’s scripts continued the wild child nature of the character for a number of years until Ben Stitch Rayburn (Sean Carrigan) entered the scene.

Stitch’s back and forth between Abby and Ashley Abbott (Eileen Davidson) was all the talk during that era. He eventually married Abby, who came into her own through what was her first mature relationship.

A particularly hairy period involved Ben’s troubled son, Max Rayburn (Jared Breeze), who Abby handled with patience and compassion. That was the arguable start of her maturing process.

Being linked to Abby’s outcast brother isn’t a good thing. The viewers don’t know much more than Abby at this point, as some type of undefined connection between Chance and Adam Newman (Mark Grossman) was formed in Las Vegas, Nevada.

Whoever the mystery woman is that Adam, or possibly also Chance, is paying on a monthly basis hasn’t yet been revealed. What’s unusual is that Chance was tied to Adam during the years that he was supposedly suffering from amnesia and was referring to himself as Spider.

The above sets up as a source of a coming conflict between Chance and Abby due to the hidden nature of whatever situation still exists. Plus, there’s the aspect of Chance and Adam’s tie being a lady.

As viewers know through their own experiences on this side of the screen, many positive outcomes can result if one takes a leap of faith. Doing that with someone who is a loved one furthers possibilities exponentially.

Abby would likely make a strong parent based on the grace she displayed with Max years ago. Chance’s backstory has begun to unfold and will hopefully include Abby as his longterm love.

Chabs has the potential to realize marriage and a family. But Chance needs to trust Abby and tell her the truth about Vegas so that mutual trust is established. From that point, this couple would enter into a serious and truly committed relationship.