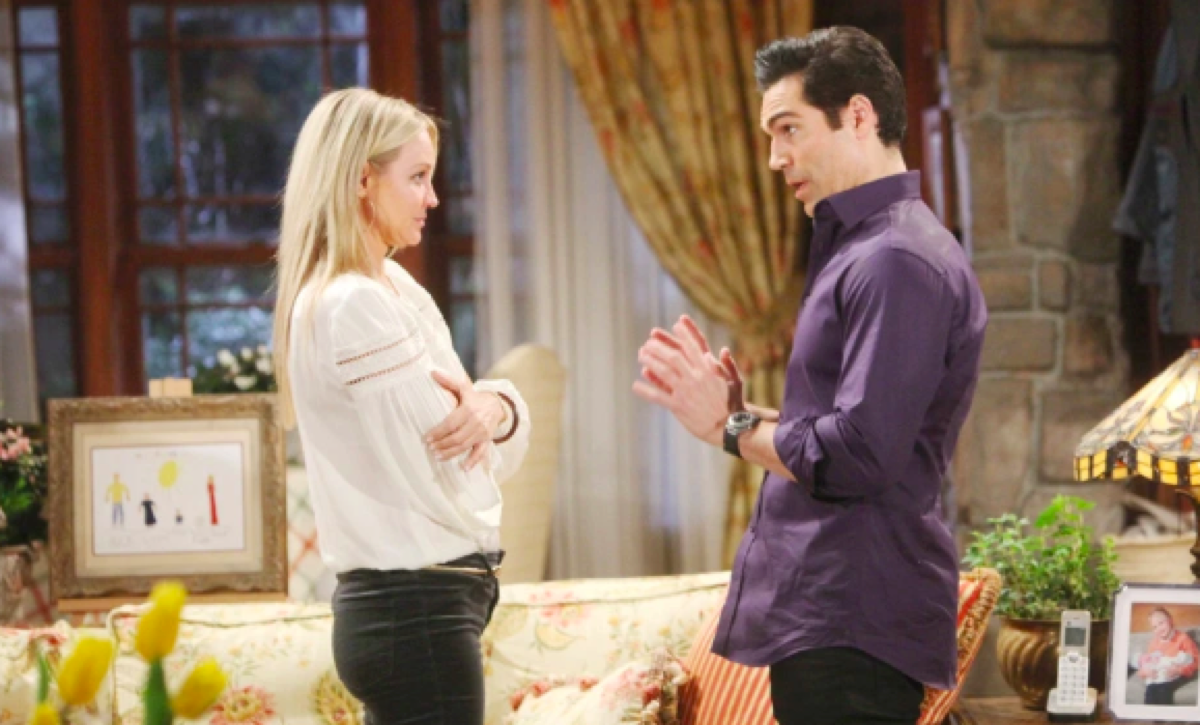 The Young and the Restless (Y&R) spoilers for Monday, February 10, tease that Theo Vanderway (Tyler Johnson) and Jack Abbott (Peter Bergman) will greet each other at Jabot. Jack will wonder where Kyle Abbott (Michael Mealor) and Summer Newman (Hunter King) are. Theo will let Jack know that he took his advice last night to heart.

Meanwhile, Kyle and Summer will wake up together in Kyle’s room at the Grand Phoenix. He’ll tell Summer that he shouldn’t be this happy, and that this wasn’t a mistake. Summer will admit that she wondered if he would feel guilty about this, and she’ll say that they should keep this to themselves. She’ll say that for now, this is enough for her, and that they can figure out the rest later.

The Young and the Restless Spoilers: Amanda Left Blindsided – Dangerous Ex Shows Up At Her Door

Next on Y&R, Summer will arrive for work, where she’ll discuss some work with Theo then exit. Kyle will arrive shortly thereafter, and Theo will needle him about looking like he didn’t get much sleep last night. Kyle will go into the CEO office to speak to Jack, while Summer reappears and talks with Theo again. Theo will observe that she and Kyle clearly spent the night together, and that he gave Lola Abbott (Sasha Calle) space.

In the CEO office, Kyle will fill in Jack on everything that’s gone down, and Jack will relay that he saw Theo with Lola last night. Kyle will tell his dad about how Theo wasn’t the problem in his marriage, that he was. Kyle will insist that he’s divorcing Lola, and Jack will be horrified and advise Kyle not to jump into a new relationship. Jack will mention his own history, and Kyle will say that he needs to find a way to move forward without causing more harm to anyone.

Young And The Restless Spoilers: Sharon Newman Gets Her First Chemotherapy Treatment

Next on Y&R, Sharon Newman (Sharon Case) will be ready for her first chemotherapy treatment. She, Rey Rosales (Jordi Vilasuso) and Mariah Copeland (Camryn Grimes) will all be at Sharon’s house, and Mariah will be heading to chemo with Sharon to help her pass the time. Sharon will be ready.

At the hospital, Mariah and Rey will support Sharon as she waits for her chemo treatment to start. Sharon won’t want Rey to wait, and she’ll balk when he says that he’s on lighter duty at work, but he’ll insist that he’s right where he wants to be. Rey will go, and the chemo session will start, with Mariah trying to distract Sharon. Sharon will periodically look with trepidation at the medicine bag.

Next on Y&R, Lola will talk with Celeste Rosales (Eva LaRue) by phone, assuring her mom that she’s ok. Rey will then arrive, and Lola will fall into his arms, crying. She’ll tell him everything that’s happened, and Rey will be furious with Kyle, but Lola will say that nothing that happened was malicious.

Later, Theo will visit with Lola in the kitchen, and he won’t like finding her upset. He’ll end up revealing through their conversation that Kyle and Summer slept together already, and Lola will then kiss Theo passionately. She’ll want to go somewhere with him, but he’ll refuse, saying that she’d have regrets and that would kill him. Lola will say that he’s right and leave, while Theo bangs his head on the freezer.

Finally, on Monday’s new episode of Y&R, Sharon, Mariah, and Rey will be at Crimson Lights, and Sharon will note that the two of them are hovering over her too much. She’ll say that she’s feeling ok, but that the whole situation of having cancer is terrifying. She’ll admit that watching the chemo machine was awful. She’ll be really grateful for all of their support.