Days of Our Lives Spoilers: Stefano Reveals Identity to Marlena, Forces Her to Kiss Him as She Tries to Wiggle Free 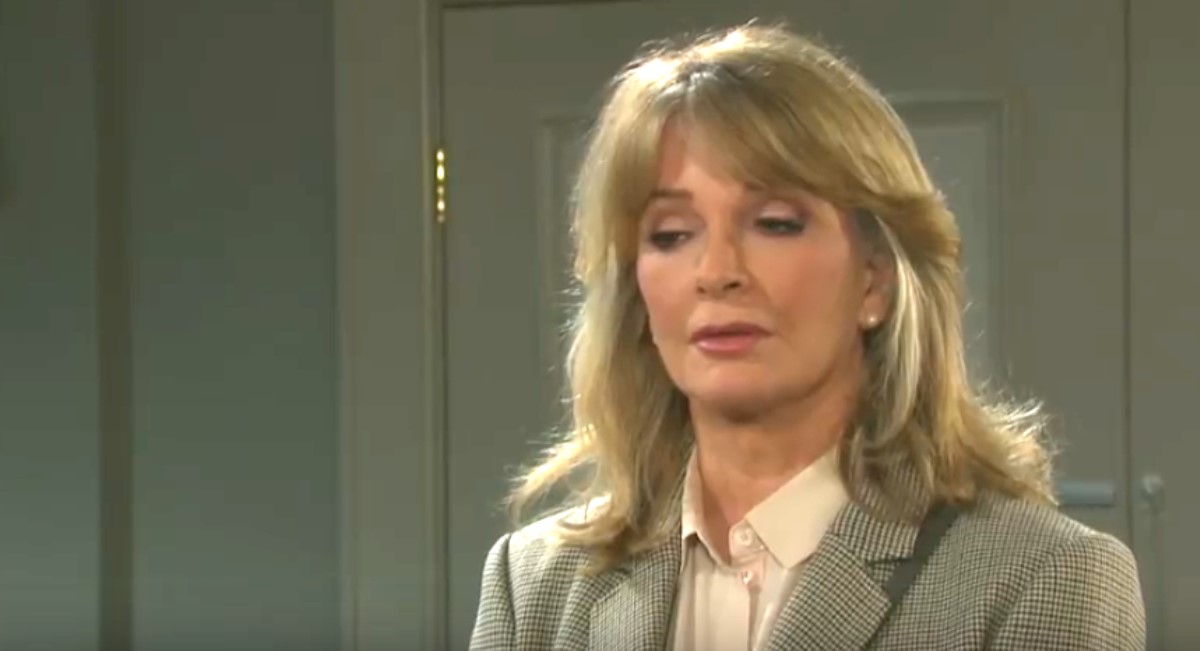 Days of Our Lives spoilers reveal Dr. Marlena Evans (Deidre Hall) finds out  (Stephen Nichols) is Stefano DiMera with a new face. A sneak peek photo shows what appears to be the villain forcing “Doc” to kiss him. It is clear looking at the position of her arms that she is trying to push him away. What is known about this storyline and how will she get free and save John Black (Drake Hogestyn) too?

Days of Our Lives Spoilers – Death and Deceit

DOOL spoilers indicate John and Marlena are both in a life-and-death situation marked by a whole lot of deceit and desire. As fans recall, during a recent episode, “Steve” told Marlena the news that John was dead. However, it was a lie to weaken her and make the psychiatrist more susceptible to his ruse.

At first, she seemed to crumble emotionally, but then the fierceness in her came out. She called him arrogant and claimed that Steve got John killed. Then, from the depths of her soul, she just knew that John was still alive.

Meanwhile, John had that exact same feeling about Marlena after being told his loved one was dead by Princess Gina (Kristian Alfonso)

Days of Our Lives Spoilers – Revealing the Truth

Days of Our Lives spoilers reveal in the near future, Steve will tell Marlena the truth about one thing. He will announce that he isn’t Steve at all, he just has his face. However, this isn’t completely true. The man only thinks he is Stefano because of a brain chip that Dr. Rolf (William Utay) put in his head.

No matter whether he’s really Steve, Stefano or John Doe, the fact that he believes he is the DiMera patriarch spells bad news for Marlena. It also explains a lot of odd behavior and the changed personality she observed in the man since his return.

A sneak peek photo published in Soap Opera Digest shows Stefano grabbing Marlena roughly. From their body positions, it appears that Stefano might be forcing a kiss on Marlena. Her hands are on his jacket sleeves, but the way they are clenched up with her back arched backward, it seems like she is pushing him away.

So, what happens now? It is teased she will try to make a deal in order to save John’s life. But what she doesn’t realize is help is on the way if she can just hang on a little longer.