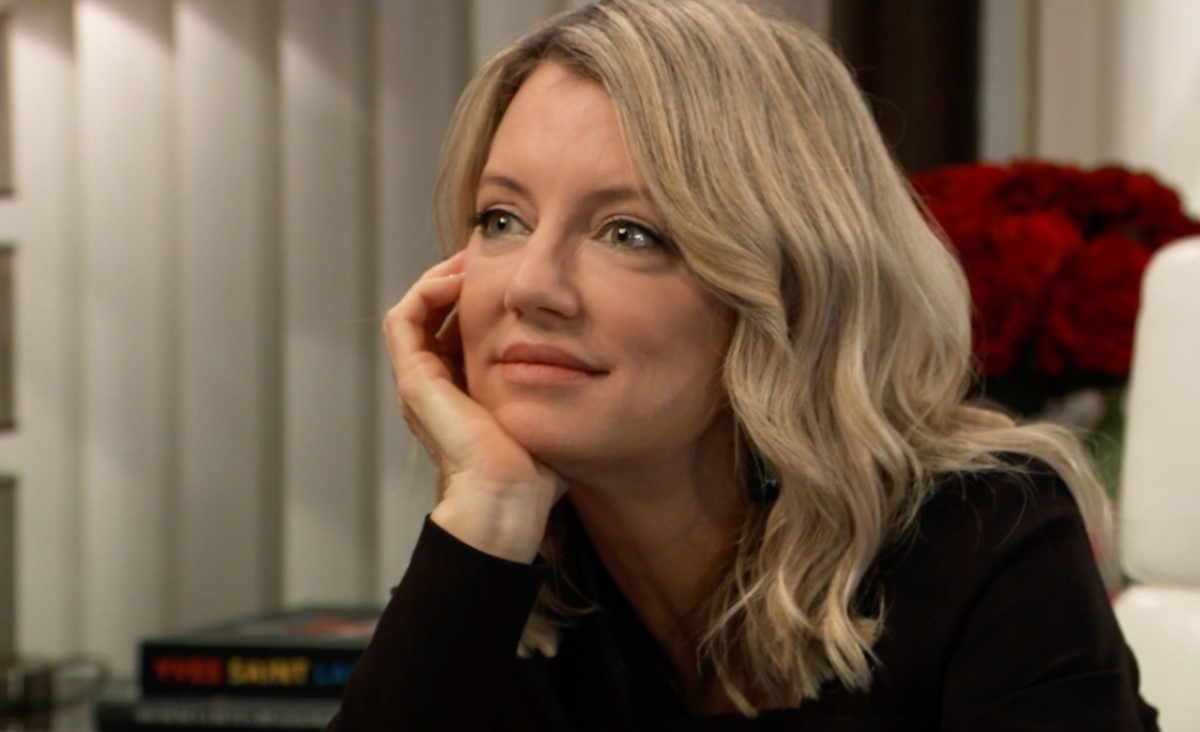 General Hospital (GH) spoilers tease that Nina Reeves (Cynthia Watros)is enjoying the attention of Jasper “Jax” Jacks (Ingo Rademacher) and she certainly seems open to the possibility of something romantic with the corporate raider. They even shared a dance and Kiss in Nina’s office. But it wasn’t long after that Valentin Cassadine (James Patrick Stuart) showed up, having just gotten bail for his crimes.

Because there were no witnesses when Valentin pushed Ava Jerome (Maura West) off the parapet at Wyndemere, and no witnesses, so Martin Gray (Michael E Knight) was able to get that charge dropped. All that remained were non-violent crimes so Valentin received bail. His first stop was direct to Nina. And although she said all the right things to indicate that she and Valentin were over, her face seemed to show hesitation.

GH Spoilers – Valentin Cassidine believes he will get Nina Reeves back

Valentin is very confident that he will get Nina back. Nina has been conflicted about what to do about Valentin ever since she realized that he was the one behind Sasha Gilmore (Sofia Mattsson) pretending to be her daughter. Even during the second wedding, Nina admitted that if Nikolas Cassadine (Marcus Coloma) hadn’t interrupted the ceremony, she wasn’t sure exactly what she would have done. She very well might have married Valentin.

Ava has shown Nina support and definitely doesn’t want to Nina get wrapped up with Valentin again. But Ava and Nina have recently formed a tenuous friendship, and if Ava gets too pushy, Nina may do the opposite just to spite her. The problem isn’t that Nina and Valentin don’t love each other. Valentin has a need to control everything and that means telling lies that he stands behind no matter what the cost. Nina has been lied to by her closest relatives all her life, so she values honesty above almost anything else. There is another thing in Valentin’s favor, though.

Nina loves Charlotte very much and has enjoyed being a parental figure in her life. And more than anything. Charlotte wants Nina and Valentin together. That pull to go back to being a family unit may end up being too hard to resist. But Jax certainly has a lot to offer, and besides his involvement recently with Nikolas, Jax is known for his honesty. But the heart wants what it wants, so Nina will ultimately decide what her heart is telling her.

Will Nina remain steadfast in her decision to stay away from Valentin. Or will she end up with him once again, despite knowing exactly what she is getting into? Or will she eventually realize that she has feelings for Jax? Only time will tell, so