The Bold and the Beautiful Spoilers: Darin Brooks Stars In New Lifetime Movie 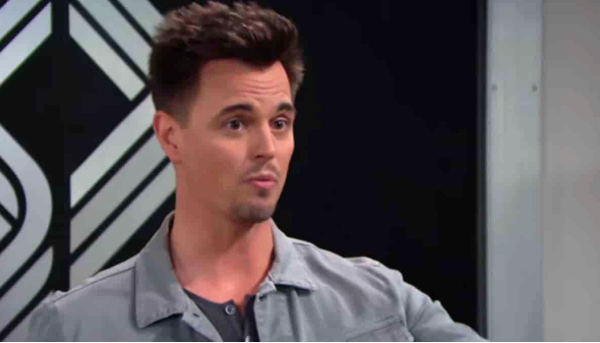 Known to many as Wyatt Spencer on “The Bold and the Beautiful,” Darin Brooks is starring in a new film called “Her Secret Family Killer.” He’ll appear on the film alongside Brook Nevin of “Scorpion,” and Diora Baird of “Cobra Kai.” The movie, which originally had the title of “DNA Thriller” will air on Lifetime this coming February 16 at 8/7 central.

It follows the story of Sarah who gives her best friend, Victoria, a DNA testing kit. The latter dies mysteriously and the cops make a shocking discovery. Soon after, they reveal to Sarah that based on the DNA, which they got from Victoria’s body, the killer was related to her. The question now is who among her family killed her best friend?

Spoilers reveal that Sally Spectra (Courtney Hope) is about to get a crushing medical diagnosis, which will leave her devastated. The health crisis will change her life and she may even decide not to do anything about it. Sally wants to keep her diagnosis a secret but it seems Wyatt will find out about it. Will Sally reconsider if Wyatt tries to convince her to seek out treatment?

B&B Spoilers – for the Week of February 10

It’s going to be a difficult week for many of the characters on “The Bold and the Beautiful” especially for Katie Logan (Heather Tom) and Sally.

Viewers may recall that Katie recently had a kidney transplant, which is why she is required to go for regular checkups. Right after her appointment last week, She ran into Sally and asked where she was headed. Sally was reluctant at first but she eventually revealed that she came in for a checkup because she’s worried that something is wrong with her.

Once she finds out what’s wrong with her, she’ll plead to Katie to keep her diagnosis a secret, especially from Wyatt. She’s worried that if he finds out, he’ll get back with her because of her condition and not because he loves her.

This forces Katie to face a moral dilemma. Morally speaking, she’s obligated to tell someone about Sally’s diagnosis. She knows that Sally needs support from her loved ones especially at this difficult time in her life.

Since Sally has forbidden her to tell Wyatt, she’ll confide in her fiancé, Bill Spencer (Don Diamont). He’ll be shocked at her revelation and will be torn as to whether he should keep Sally’s situation a secret because Katie told him in confidence or if he needs to tell his son that the woman he used to love is facing a health crisis?