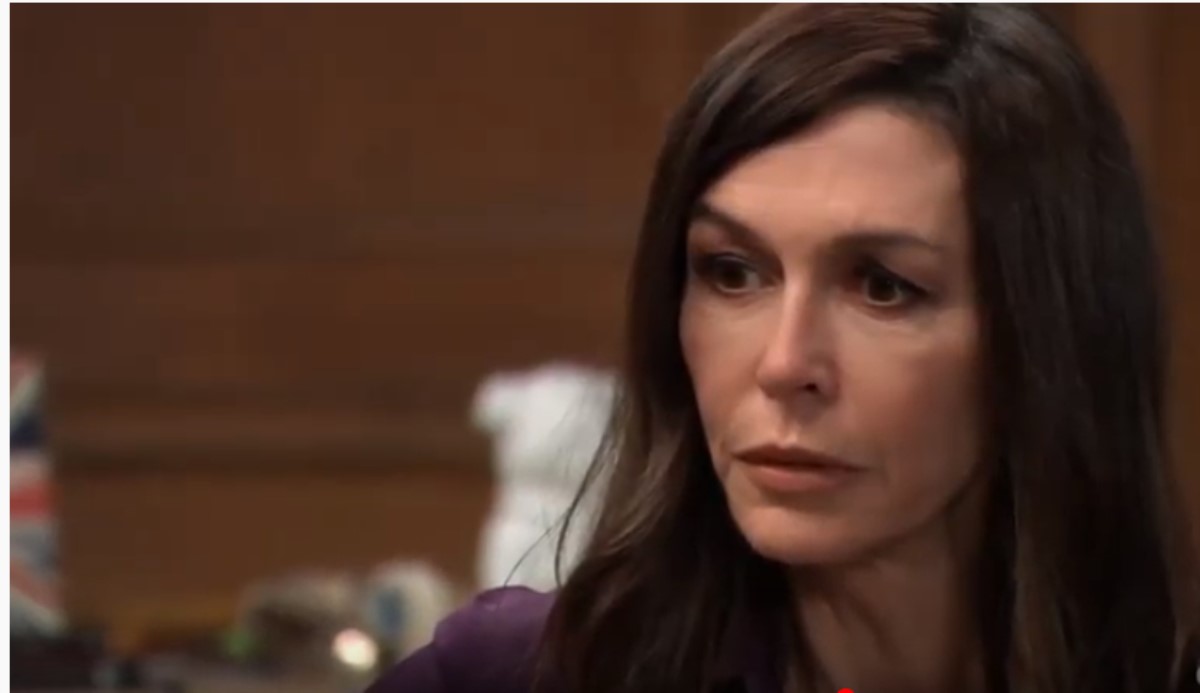 Anna Devane (Finola Hughes) is under strain as accusations mount up against her son, Peter August (Wes Ramsey). Her fiancé, Dr. Hamilton Finn (Michael Easton) will apologize for being so hard on her about Peter, but he is committed to protecting the woman he loves from being pulled into investigations against Peter; she has covered up evidence and could be considered an accessory!

Anna will still maintain doubt that the flimsy connection of Peter having worked with David Black (Lon Gowan) will be anything important. Sam McCall (Kelly Monaco) and Jason Morgan (Steve Burton) meet clandestinely as they give information on Peter to District Attorney Robert Scorpio (Tristan Rogers) who will contact the Feds! Robert is also confrontational when his granddaughter, Emma Scorpio-Drake (Brooklyn Rae Silzer) bonds with Peter, and Damian Spinelli (Bradford Anderson) will have questions about Peter when he has breakfast with Maxie Jones (Kirsten Storms.

Alexis Davis (Nancy Lee Grahn) runs into Dr. Neil Byrne, (Joe Flanigan) who is faced with losing his medical license over conflict of interest for his relationship with Alexis. General Hospital viewers will recall that he came back from his trip to find out the medical board wants to revoke his license, and now he has to inform Alexis that they want her to testify!

Alexis suggests that she represent him as his attorney, because anything about their personal relationship can be covered up under attorney-client privilege, and she cannot be forced to testify against him under oath. Besides, she once dealt with losing her law license under totally different circumstances and wants to help as his friend.

The Corinthos family deals with the aftermath of the attacks, as Sonny Corinthos (Maurice Benard) worries about his father Mike Corbin (Max Gail) and is reminded to appreciate the time that he has with him; and Carly Corinthos (Laura Wright) tries to get the truth out of Brando Corbin (Johnny Wactor). Mike really shook up after the attacks on himself, Sonny, and Jason in Brooklyn; so much so that he canceled his plans to get Mike into the Alzheimer’s trial in Manhattan. Sonny will continue to be suspicious of both Brando and his mother, Gladys Corbin (Bonnie Burroughs).

Nina Reeves (Cynthia Watros) and Jasper “Jax” Jacks (Ingo Rademacher) will continue to play the romantic games with each other although they continue to move towards each other romantically. Nina will confide in Ava Jerome Cassadine (Maura West) and towards the end of the week, Jax will feel encouraged to move forward with his pursuit of Nina.

Valentin Cassadine (James Patrick Stuart) will deal with the devastation, as he receives devastating news. This will likely be about the DNA results that Nikolas Cassadine (Marcus Coloma) demanded in a court order to prove Valentin could not inherit the Cassadine fortune. General Hospital viewers will recall that against his attorney Martin Gray’s (Michael E. Knight) advice, Valentin agreed to go forward with the DNA testing. Valentin will then make an announcement, but afterward, his life will take a dark and terrible turn!

That’s all for this week’s Five Key Takeaways from General Hospital. Stay tuned to the show, and check General Hospital spoilers frequently for all the latest news, updates and developments!