The Bold and the Beautiful Weekly Spoilers February 10 to 14: Sally Is Dying – Katie Reveals Sally’s Secret To Bill And Wyatt 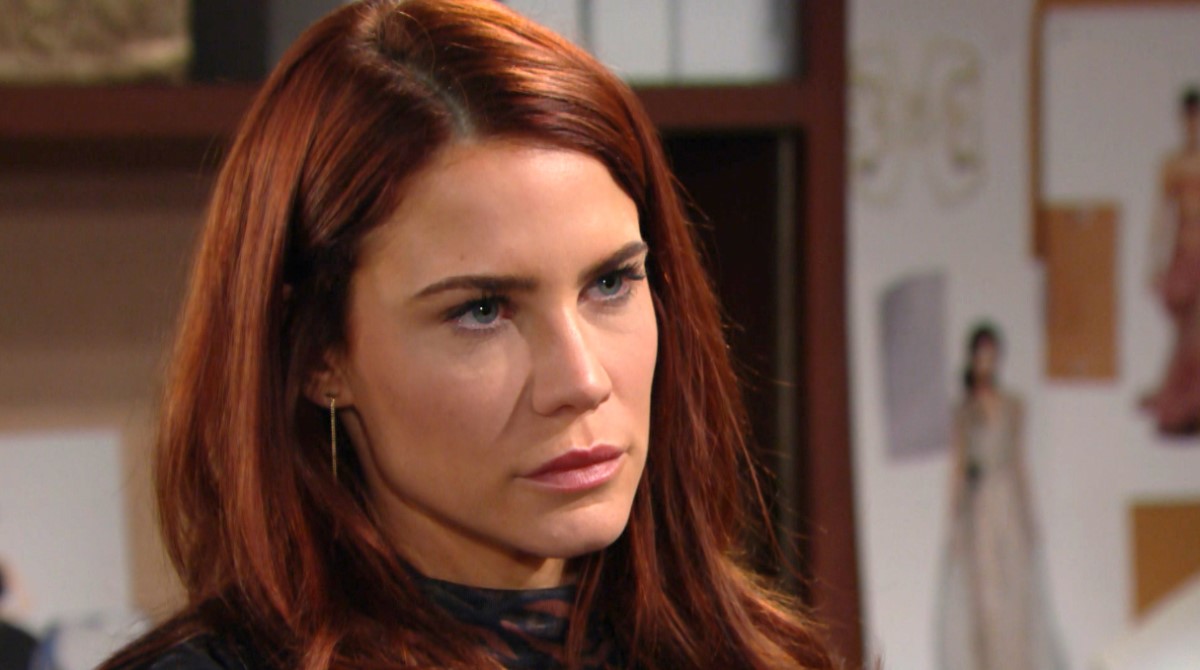 The Bold and the Beautiful promo for the week of February 10th thru 14th indicates that Sally Spectra (Courtney Hope) will receive bad news regarding her diagnosis, and Katie Logan (Heather Tom) will reveal the news to Bill Spencer (Don Diamont) and Wyatt Spencer (Darin Brooks).

For the past few weeks, Sally has been experiencing headaches, dizziness, and trembling in her hands. Fearing that something’s wrong, Sally goes to the doctor.

This week Sally receives her diagnosis and the news isn’t good. While Sally’s condition isn’t revealed, what the promo does reveal is that she doesn’t have much time left.

Sally’s illness is terminal and she says she has only one month left to live. An emotional Sally tried to come to terms with her diagnosis, but she breaks down at the realization that her days on earth are numbered.

Katie has been a huge support to Sally as she deals with her diagnosis. While Katie agreed to keep Sally’s illness a secret, this week she breaks her promise.

In the video, Katie is seen talking with Bill about Sally’s condition. When Bill asks if Sally’s dying, Katie says that Sally’s always been a fighter, but she can’t win the fight against her illness. In the past, Bill and Sally have their differences, but upon learning about Sally’s condition, he expresses sympathy towards her.

Bill isn’t the only Spencer man to learn about Sally’s secret. Katie also reveals the truth to Sally’s ex Wyatt.

Sally receives her diagnosis this week on #BoldandBeautiful. RT if you're rooting for her to win this fight. 💙 pic.twitter.com/goMWozFx2D

Wyatt broke up with Sally weeks ago so he could be with Flo Fulton (Katrina Bowden). Yet, Wyatt’s thoughts remain with Sally. Even though they’re no longer together, he still cares about her.

Upon learning that Sally’s dying, Wyatt is shocked by the news. He decides that he needs to go back to Sally. He says that Sally needs him and she shouldn’t have to go through this alone.

With so little time left, will Sally reunite with Wyatt?

Sally’s diagnosis has her facing her worst fear. All signs are pointing to the character being killed off.

When Sally suffers collapses in front of Katie, it looks like her time will come to an end very soon.

However, soap operas love to throw a swerve, and there could be hope for Sally.

The doctors could do an experimental treatment that will cure her of her illness. Or they could realize they misdiagnosed her and her condition isn’t terminal.

Sally fans are hoping for a miracle for the redhead, but they’re going to have to wait a month to see if the character dies or if she makes a miraculous recovery.

Be sure to catch up on everything happening with B&B right now. Come back here often for The Bold and the Beautiful spoilers, news, updates, and rumors!