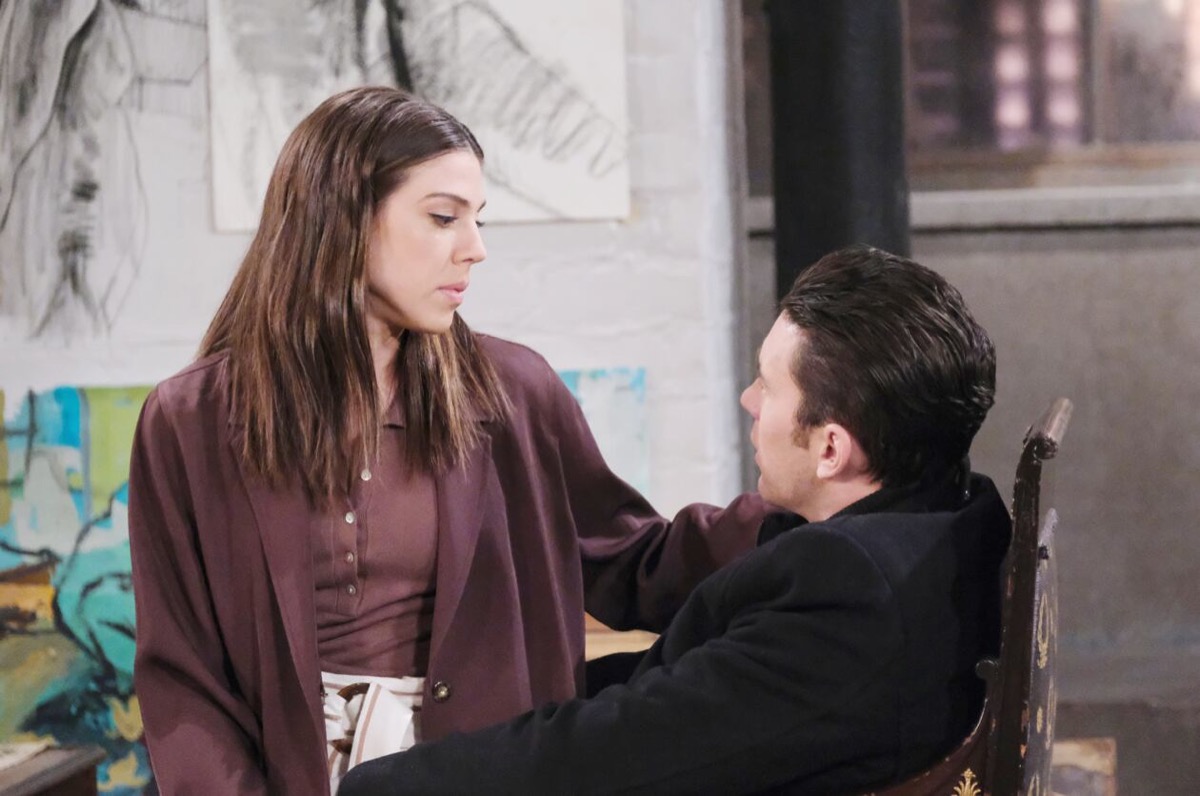 Days of Our Lives (DOOL) spoilers for Tuesday, February 11, tease that Stefano DiMera aka “Steve Johnson” (Stephen Nichols) will realize his problems just got worse. DOOL fans know Stefano and Chad DiMera (Billy Flynn) had heated showdown at the lair, which led to a struggle over Stefano’s gun and a fired shot. It turns out Stefano took the bullet, so he’ll be in need of medical attention on Tuesday.

Stefano will manage to lock Chad and Abigail DiMera (Kate Mansi) in the lair, which means Hattie Adams (Deidre Hall) may get stuck in there, too. While the gang tries to figure out a way out of this mess, “Steve” will head to the hospital. He’ll beg Kayla Brady (Mary Beth Evans) for assistance, so she’ll have to put aside her rage and do what needs to be done.

Days of Our Lives spoilers say Kayla will remove the bullet, but “Steve” won’t be willing to stay put and recover. He’ll insist that Stefano has launched an attack, so he’ll want Kayla to smuggle him out and help him hide somewhere. “Steve” will convince Kayla that Stefano could come after him again if she doesn’t come through.

Days Of Our Lives Spoilers: Princess Gina Will Do Her Best To Outsmart Rafe Hernandez

Obviously, that’s not the real story since “Steve” and Stefano are the same person – at least in at the moment. Nevertheless, Days of Our Lives spoilers say “Steve” will dupe Kayla for now. Over with Jennifer Deveraux (Melissa Reeves), she’ll finally remember who shoved her off the bistro balcony. Jennifer was in a coma for an entire year – and it was all because of “Hope Brady” aka Princess Gina Von Amberg (Kristian Alfonso).

Speaking of Princess Gina, she’ll do her best to outsmart Rafe Hernandez (Galen Gering) on Tuesday. Princess Gina took Marlena Evans (Deidre Hall) hostage in Prague, but she may not be able to hang onto her for long. Even so, Princess Gina might manage to avoid capture for the time being. She’ll ultimately face off with Shawn Brady (Brandon Beemer) later this week, so stay tuned for some hot Days drama.

It looks like some great scenes are coming up. We’ll give you updates as other Days news and rumors emerge. Stick with DOOL and don’t forget to check back often for the latest Days of Our Lives spoilers, rumors, updates and news.