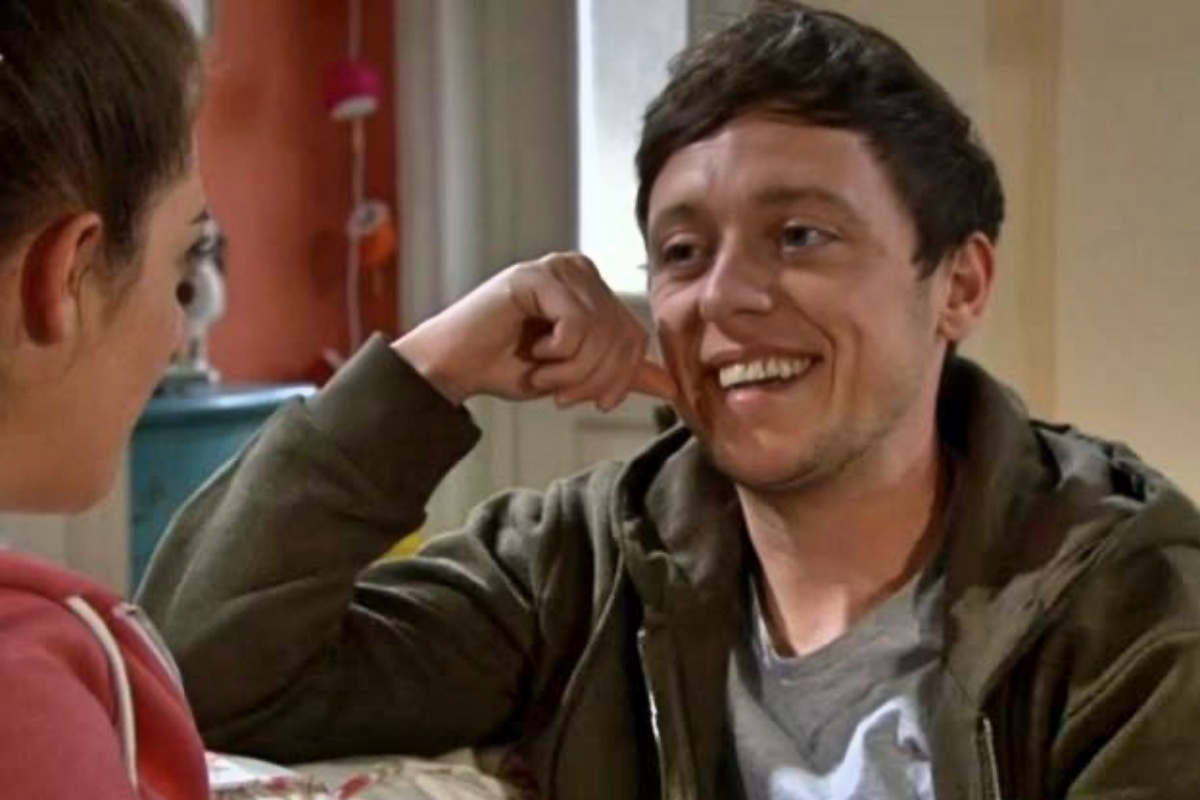 Emmerdale spoilers reveal how Matty Barton (Ash Palmisciano) will be affected by his parent’s divorce. Cain Dingle (Jeff Hordley) kicked Moira Dingle (Natalie J. Robb) to the curb after a literal explosive battle with Nate Robinson (Jurell Carter). Not only was Moira sleeping with Nate, but it turned out that the young man is actually Cain’s son. Keep reading to find out what Ash had to say.

On the episode that airs on Friday, February 14, Cain will try and get Moira to sign divorce papers. He can’t get over his wife sleeping with Nate. That would be a difficult situation for anyone to just forgive and forget.

However, Cain also hasn’t been very fair in how he has been treating Moira, especially when it concerns their kids. At the very least, everyone should be civil — if not for themselves, then for the sake of the children involved.

Emmerdale spoilers tease that the divorce will be the worst thing to ever happen to Moira. She truly loves Cain, Ash explained to Digital Spy.

“But he knows that his mum loves Cain more than anything and actually worries about how she’ll deal with all this… Potentially, this could be the worst thing that’s ever happened to her.”

Ash told the publication that Matty has tried to keep Cain and Moira at a distance. This is because he already has a tense relationship with his stepfather. Despite all of the arguments the two men have had, Matty realizes that he needs a strong male in his life. This becomes even more important as the reality looms in that Cain might not be a part of his life much longer.

“I think, deep down, Matty would love a proper stepdad to guide him, even if he is Cain Dingle! He loves how happy he makes Moira and knows deep down they are soul mates.”

Will These Soul Mates Reconcile?

It seems that a lot of fans would like to see these two back together, but is it possible? Perhaps after some time, something will happen that will make Cain realize that he can’t live the rest of his life without Moira. Maybe she will have an amazing redemption story. To find out, fans will just have to keep watching the British soap opera.