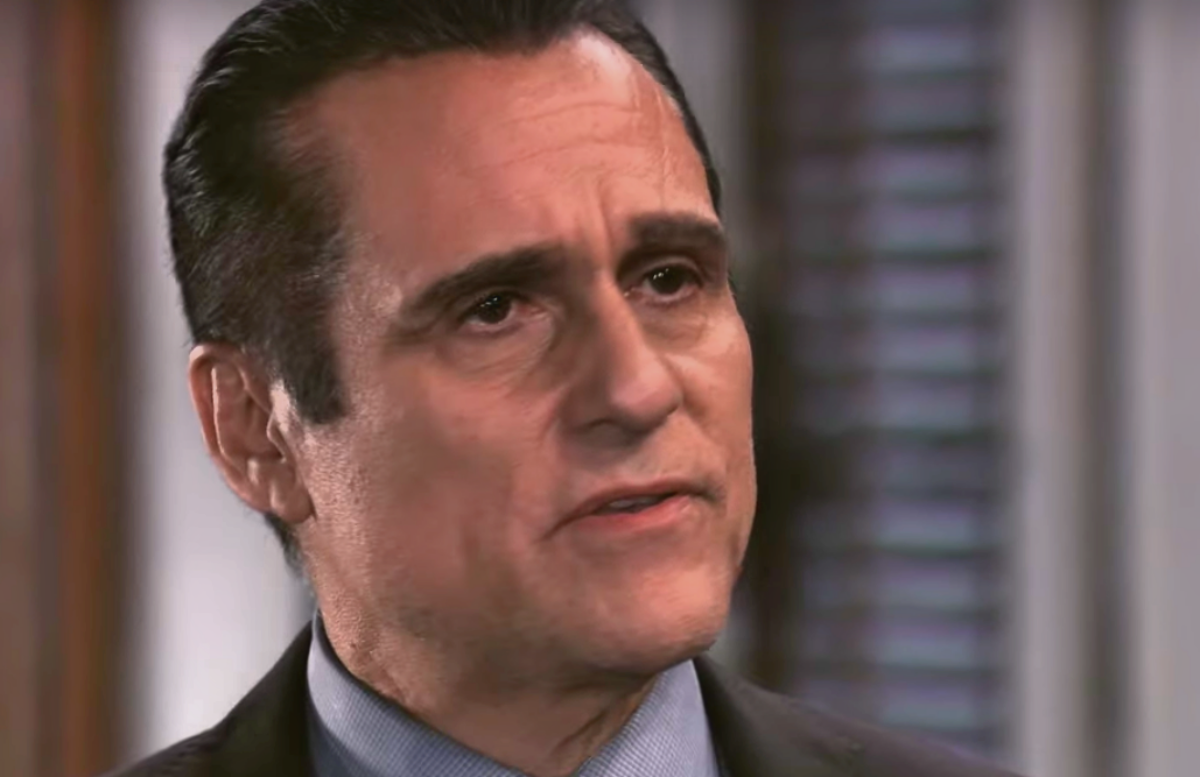 Emma is glad that Violet Finn (Jophielle Love) loaned her a teddy bear to sleep with. Hamilton Finn (Michael Easton) comes in and tells Emma how much Violet loves her. Emma goes to see Violet as Anna questions Finn. Finn and Anna talks about issues about Sam McCall (Kelly Monaco) and Jason Morgan (Steve Burton). The doorbell rings and Emma rushes to let Robert Scorpio (Tristan Rogers) in.

Finn leaves to let Robert and Anna talk. Anna explains to Emma that she and Robert have a slight problem. Robert talks about cleaning up Anna’s messes. Emma excuses herself to visit other people. Robert accuses Anna of lying for Peter. Robert says Anna is protecting Peter at the expense of one of Robin Scorpio Drake’s (Kimberly McCullough) friends. Anna rants and raves wanting Robert to leave this alone and stop digging. Anna tells Robert he has to be right. Robert says when Sam McCall (Kelly Monaco) and Jason give him the evidence he needs he will take the appropriate action. Anna throws Robert out.

General Hospital’s Maxie Jones (Kirsten Storms) and Peter August (Wes Ramsey) are having breakfast. Damien Spinelli (Bradford Anderson) joins this with news that he and his family are moving back to Port Charles. Maxie is thrilled that her daughter will be living in Port Charles. Maxie wants Peter and Spinelli to be friends. Spinelli wants to know when Peter turned his life around.

Peter talks about how he saved Jason Morgan’s (Steve Burton) life. Peter claims to have been trying to turn his life around but doing so after his brother died. Anna says Peter will be pulled to the good side by that sense of family. Robert tells Anna she’s into this deeper than he thought. Peter days that knowing Maxie turned his life around. Spinelli brings up the hospital rescue. Peter gets annoyed and leaves. Maxie is upset with Spinelli. Maxie tells Spinelli he needs to take a step back. Spinelli knows Peter is lying and he has to go.

Jocelyn believes Dev is on his way to the hospital. Jocelyn believes Dev’s non-interest in her kiss proves he’s not interested. Jocelyn isn’t brave enough to date again. Trina tries to get through to Jocelyn about dating. Jocelyn asks if she should go out with the next guy that asks. Trina and Jocelyn rush off to school.

General Hospital’s Alexis Davis (Nancy Lee Grahn) bumps into Neil Byrne (Joe Flanigan) at Kelly’s. Neil and Alexis talk about his upcoming hearing. Sam joins Alexis and Neil. Alexis excuses herself leaving Sam and Neil to talk. Sam tells Neil if he and Alexis want to date they should. Alexis meets with Finn and discusses Sam with him. Neil tells Sam that he crossed the line first. Alexis tells Finn how worried she is about Sam going back to prison. Alexis leaves Finn and he calls Sam.

General Hospital’s Carly Corinthos (Laura Wright) stops by the hospital to check on Brando Corbin (Johnny Wactor). Carly asks if Brando knew who she was when he saved her life. Brando said it was a PTSD episode. Carly tells Brando everything she knows about him Brando explains how he went to prison. Brando wonders how Sonny didn’t know he was alive.

Carly talks to Brando about working on motorcycles. Brando tells Carly that he didn’t come to see his mom because she wouldn’t want to see him. Brando saw Dev’s picture and knew he wasn’t his son. Brando wants Carly to open up to him. Carly tells Brando how they made Dev his child. Brando says Carly has all kinds of leverage against his mom. Dev arrives to meet Brando. Jason asks Carly what is going on.

General Hospital’s Jason Morgan (Steve Burton) whos up to see Sonny Corinthos (Maurice Benard) who yells at him over the attacks. Jason tells Sonny what happened to others who crossed Cyrus Renault (Jeff Kober). Jason explains why Port Charles is so attracted to Port Charles. Sonny asks if Jason believes Cyrus thinks Michael is the heir to the business.

Sonny and Jason talk about the other hits. Sonny tells Jason about Cyrus’ proposed deal. Sonny doesn’t deal in drugs and isn’t going to pair with someone who could take him out. Jason tells Sonny about the dummy cooperation Cyrus set up. Jason believes Cyrus is trying to run a trial shipment. Sonny says this isn’t going to work. Sonny calls to check on Mike and heads to turning woods.