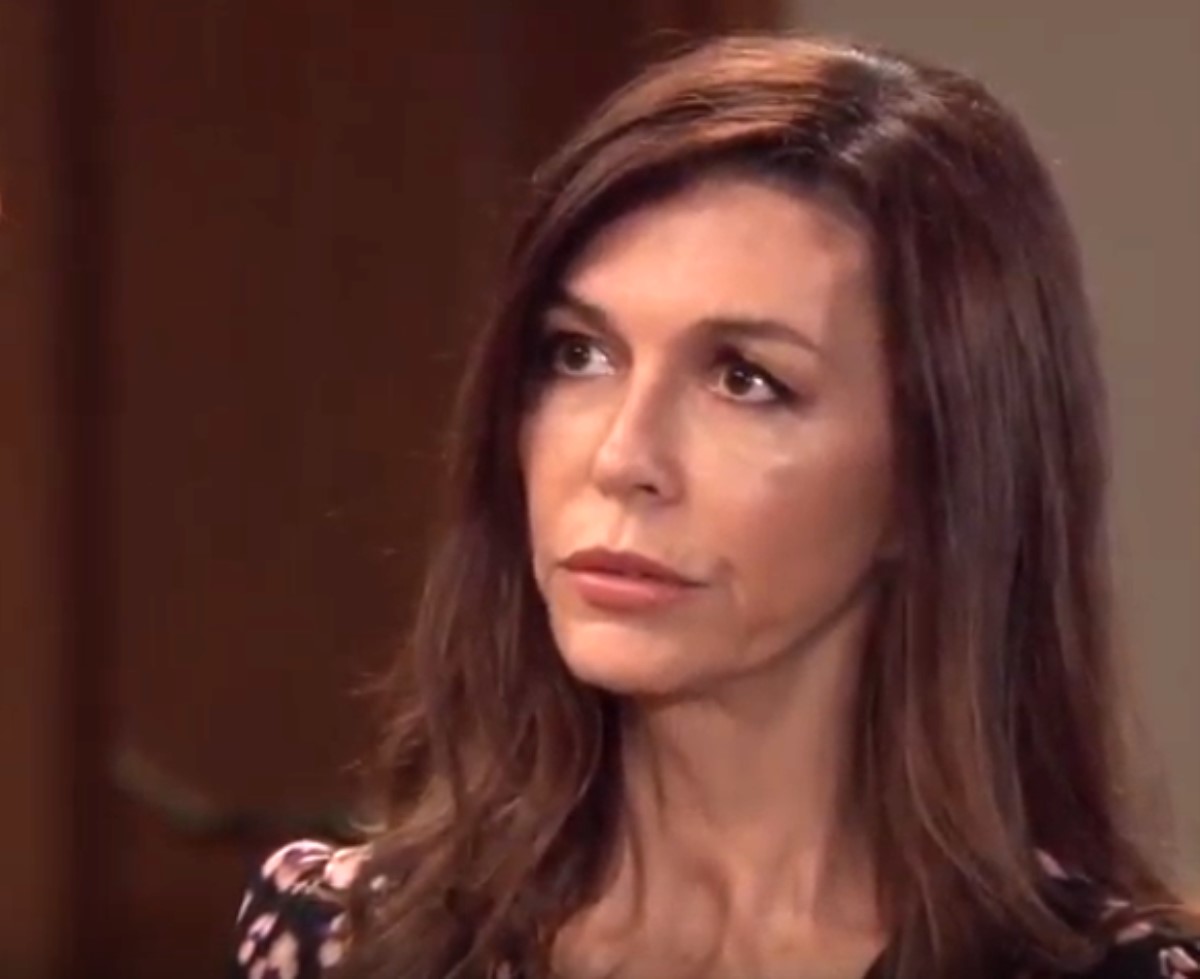 First, Anna and her granddaughter, Emma Scorpio-Drake (Brooklyn Rae Silzer) have a nice conversation in front of the fireplace in the living room of the home that Anna now shares with Dr. Hamilton Finn. Anna says to Emma that she can’t even tell her how much her visit means to her and how it was perfect timing, as she holds Emma’s hands in hers and smiles. Finn enters the room.

Anna tells him good morning as he walks towards Anna and Emma, smiling. Emma says, “Morning, Finn.” Finn tells Emma a good morning. Finn tells Emma, “Um, I’m going to warn you. I think Violet (Jophielle Love) may have a little crush. She woke up talking about you.” Violet Barnes, of course, is Finn’s four-year-old daughter with Hayden Barnes (Rebecca Budig).

Emma smiles and tells Finn that the feeling is mutual. Emma asks if Violet’s awake, and tells Finn that her little brother Noah Scorpio-Drake (uncast character) sent her a video and asks if she can go show it to her. Finn tells her “yeah, go for it!” Emma goes upstairs.

GH Spoilers – Anna Devane Wants Some Information From Dr. Hamilton Finn About A Conversation He Had With Sam McCall

Anna then takes Finn aside and tells him that she wants some information about a recent conversation he had with Sam McCall (Kelly Monaco). She tells Finn she needs to know something – about what Sam and Jason Morgan (Steve Burton) think that she knows about Peter August (Wes Ramsey).

Anna looks very serious as Finn takes a deep breath. Anna goes on, saying that she does sympathize with Sam, obviously – the father of her youngest child, Drew Cain’s (Billy Miller) plane went down mysteriously and nobody was ever recovered; she goes on to say, obviously if she were Sam she would want answers too.

But Anna feels that Sam and Jason’s fixating on Peter is not the way to go to get those answers. The doorbell rings. Emma comes back downstairs and says she’ll get the door as Finn and Anna walk towards it together, and she runs past them and opens it. It’s District Attorney Robert Scorpio, (Tristan Rogers), Emma’s grandfather and Anna’s ex-husband.

“Grandpa!” Emma squeals, like Robert, surprised to see her, opens his arms, and tells her she’s a sight for sore eyes! “Come here, come here!” as the two hugs each other. It’s been over two years since the two had seen each other, and she was still a little girl who her grandpa had given a didgeridoo to play! The didgeridoo had been nearly as large as Emma at that time, and now she’s almost as tall as Anna!