General Hospital Spoilers: Ava And Franco Get Closer – Will They Hook Up? 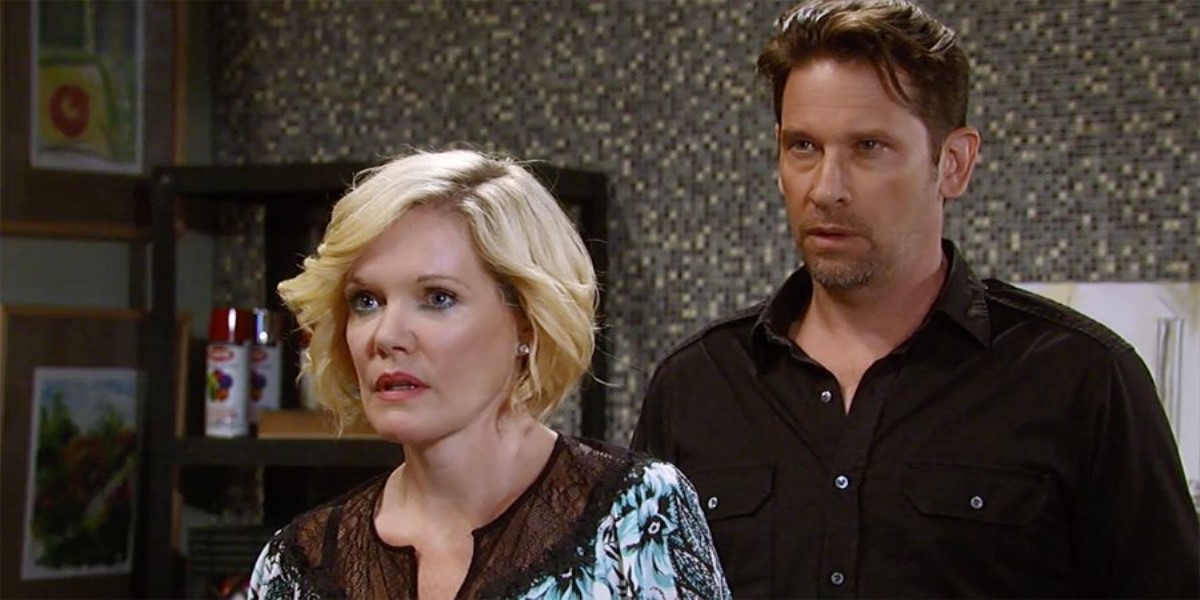 General Hospital spoilers indicate an Ava and Franco reunion that would be a spectacular fireworks show that would rock Port Charles to its core. Are fans ready for a pairing of these tumultuous and tortured souls?

Spoilers reveal that their reunion starts off innocent enough, with a simple request from Ava (Maura West) that Franco (Roger Howarth) paint her portrait. What could go wrong?

After all, he is a famous, if somewhat controversial artist, and they do share a past in which she promoted him in his early career.

Franco is with Liz (Rebecca Herbst) and Ava is with Nikolas (Marcus Coloma) which should be the end of the story, but things are never as innocuous as they seem on soaps!

Fans know that Friz has a few kinks to work out in their marriage and Nava is married as a convenience to both of them.

Have Friz really worked out all of the tangles that occurred when Franco was Drew? Like that time he slept with another woman? While Liz stood by her man when he wasn’t really her man, Franco was freely pursuing activities in other pastures. This could take a bit of marriage counseling to make things right in the end!

On the other hand, Nava’s marriage is also far from rock-solid, it’s more like a sham. There is no love lost between these former lovers, although the tension between them could turn from frosty to passionate at any given moment with a few dirty martini’s and some fine wine thrown in the mix.

If we didn’t know better, we might think that Ava plans to settle in and stay awhile as mistress of the mansion, a role that could grow on her, as could Nikolas.

So, what better to complicate matters of the heart than for Ava to be torn between two gorgeous and talented men, both of whom she shares a past? For a long time, Franco believed he was the father of her daughter Kiki (Hayley Erin), and that bond was special.

Both Ava and Franco have a bit of grief ruling their hearts—she about Kiki’s death and Franco about, well, most of his formerly sick and twisted life! Plus, Franco would love to get back his creative groove and be a working artist once again. All he needs is a muse—one named Ava?

It’s entirely possible that Franco and Ava heal by coming together in a forbidden way!