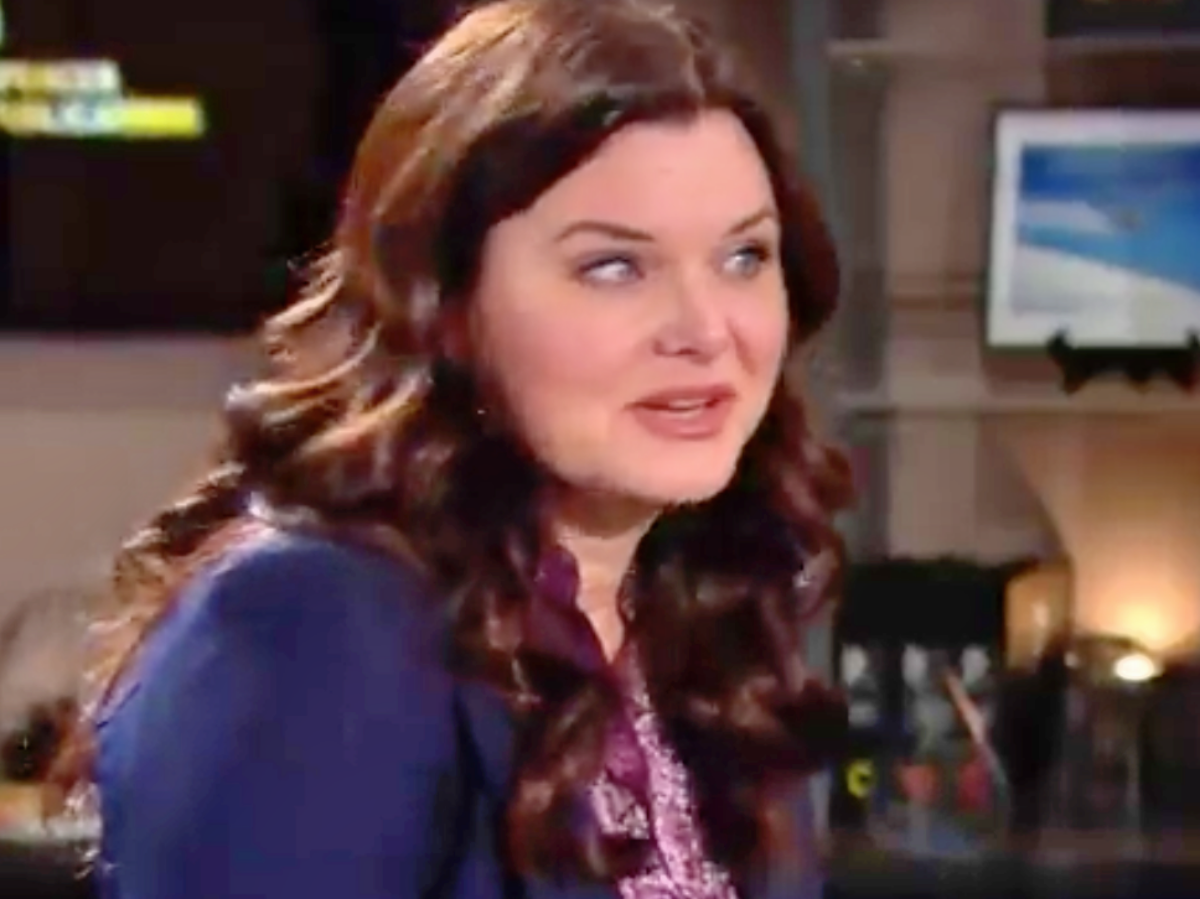 The Bold and the Beautiful spoilers for Tuesday, February 11, tease that Katie Logan (HeatherTom) will be feeling conflicted. As B&B viewers know, Sally Spectra (Courtney Hope) has just received a devastating medical diagnosis. Sally and Katie heard the diagnosis, but the audience didn’t hear exactly what was ailing Sally. But given all the talk about the amount of time that Sally has left, it’s pretty clear that the diagnosis is terminal.

Sally is adamant that no one else should know about her condition, and this really concerns Katie. Katie knows from her own personal experience that Sally needs support to get through this, and Katie even urged Sally to fight and get a second opinion and call in specialists if need be. But Sally seems resigned to face her diagnosis and she wants to do it alone – without Wyatt Spencer (Darin Brooks) or anyone else knowing.

‘The Bold and the Beautiful’ Spoilers: Liam Shocks Hope and Zoe – Throws Nasty Shade at Thomas

B&B Spoilers: Sally Spectra Doesn’t Want Wyatt Spencer To Return To Her Out Of Pity

As B&B viewers know, Sally doesn’t want to face anyone’s pity, and especially not with Wyatt. She doesn’t want him to feel like he needs to support her out of obligation or because he feels terrible for dumping her right before she was diagnosed. And that’s why Sally asked Katie not to tell anyone about her condition. Katie agreed to keep Sally’s confidence, but that’s going to turn out to be tough to do.

The Bold and the Beautiful spoilers say that Katie will pretty quickly break her promise to Sally to keep her diagnosis secret. In fact, it appears that she’ll quickly spill the beans to Bill Spencer (Don Diamont) on Tuesday’s B&B episode, and this will likely be at Bill’s strong urging. He’ll probably be able to see that something is heavy on Katie’s heart, and he might worry that there’s something wrong with her.

So Katie will tell Bill the whole story, utterly shocking him. After all, Sally is such a strong person with a fighting spirit – she just won’t seem like someone who could get a devastating terminal diagnosis. Bill will probably offer Katie some comfort and he’ll also probably suggest that they tell Wyatt about what’s going on. And it looks like by the end of the week, Katie will have told Wyatt everything.

Meanwhile, on Tuesday’s new episode of B&B, Thomas Forrester (Matthew Atkinson) will lay out his new manipulative plan for his old buddy Vinny Walker (Joe LoCicero). It appears that Vinny and Thomas will catch up when Vinny shows up at Forrester Creations and gets the scoop about what’s been going on in Thomas’ life lately.

It looks like Vinny won’t be too thrilled to hear that Thomas is now romantically involved with Zoe Buckingham (Kiara Barnes). Since he knows Thomas so well, he’ll probably quickly realize that this is just another scheme to manipulate Hope Logan (Annika Noelle) somehow. According to B&B spoilers, Vinny will call out Thomas on how he’s using Zoe to manipulate Hope, and then he’ll hear from Thomas all about what Thomas’ next move will be.

According to B&B spoilers for later in the week, Thomas will end up throwing a birthday party for Zoe at Forrester Creations, and it will all be part of a manipulative plan. It looks like Thomas will want to get a reaction out of Hope by lavishing Zoe with some glitzy present, and Vinny will reel as he hears the details.

There will probably be more to the plan as well, as it seems that Douglas Forrester (Henry Joseph Samiri) will be involved in the whole thing. Vinny won’t like any of it one bit, but Thomas will be determined to put his plan into motion.