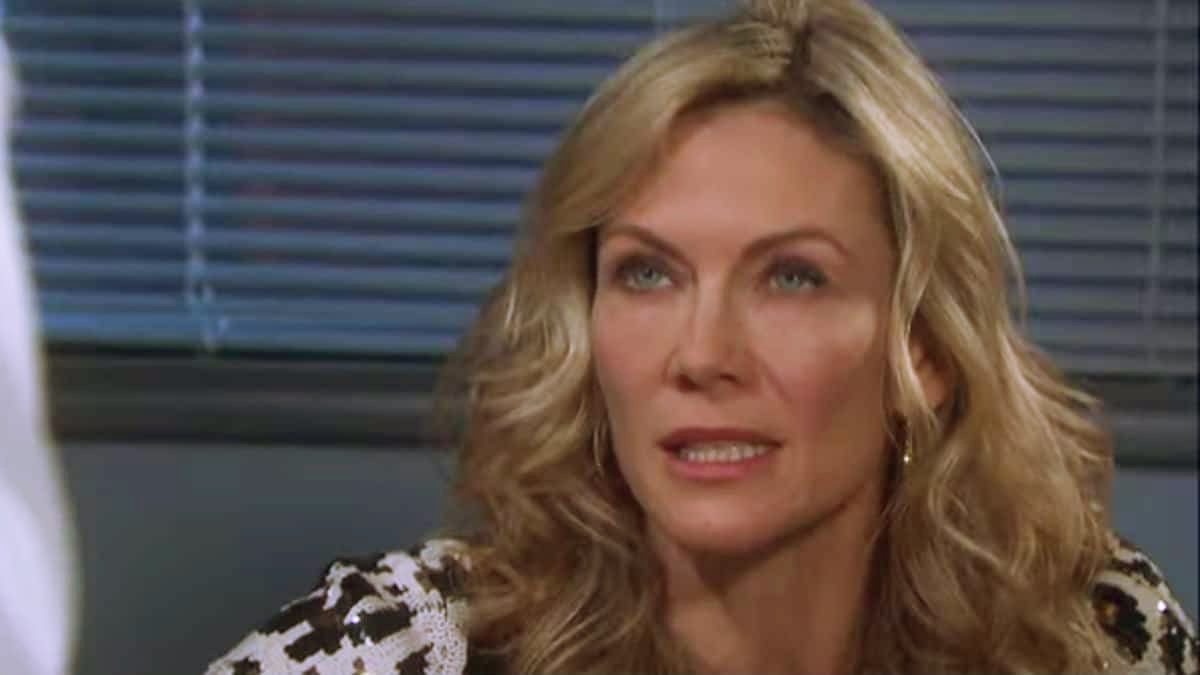 Days of Our Lives (DOOL) spoilers for Wednesday, February 12, tease that Ben Weston (Robert Scott Wilson) and Ciara Brady (Victoria Konefal) will find a hideout. They’ll end up at the DiMera gatehouse, where Ciara will presumably fix up Ben’s wound and let him know she’s got his back. Ciara has no intention of letting Ben get captured and sent back to prison for his execution.

Of course, Ben will have a big problem with Ciara’s involvement here. He’s grateful that Ciara loves him enough to put so much on the line, but her safety and freedom come first. Ben won’t like the fact that Ciara’s risking so much to help him. However, Ciara will refuse to back down on saving Ben’s life. She’ll promise they’re going to clear Ben’s name; they just had to buy themselves some time to make it happen!

Over with “Steve Johnson” aka Stefano DiMera (Stephen Nichols), he’ll find himself in need of a hideout as well. Days spoilers say “Steve” will push Kayla Brady (Mary Beth Evans) to help him out with that, but they’ll hit a snag. Justin Kiriakis (Wally Kurth) will arrive outside the door of Kayla’s office, so she’ll have to decide how she’s going to handle it.

Days of Our Lives spoilers say Kayla will surrender to “Steve’s” pressure on Wednesday. She’ll keep Justin out of the loop and do her best to get rid of him. Once Justin’s gone, Kayla will smuggle “Steve” to a safe location and let him hole up there for a while. She’ll chew “Steve” out every step of the way, but Stefano will just be glad he’s got someone on his side.

Other Days of Our Lives spoilers say there’ll be some news on the bone marrow donor search. Mackenzie “Mickey” Horton desperately needs a match, but Eric Brady (Greg Vaughan) and Sarah Horton (Linsey Godfrey) haven’t received positive updates so far. Unfortunately, Wednesday may not do much to change that.

DOOL fans can expect a match for Mickey by the end of next week, but what news will Sarah and Eric get right now? They might find out that Nicole Walker (Arianne Zucker), Brady Black (Eric Martsolf) and Kristen DiMera (Stacy Haiduk) aren’t matches. Xander Kiriakis (Paul Telfer) was particularly hopeful about Brady and Kristen since they’re Mickey’s bio parents, but poor Mickey may be out of luck.

Naturally, that would still leave Tate Black Colin and Kyle Shroeder) as a possible match. He’s a half-sibling to Mickey, so this could be a solid clue about “Bristen’s” baby. Speaking of clues, Kristen may get another big one in the form of shocking dreams. Rachel Isabella DiMera Black will eventually appear to Kristen while she sleeps, so that may be the secret she keeps from Brady on Wednesday.

Then again, this secret could involve something else, but all roads lead to Rachel. Brady and Kristen’s storyline is about building to a reunion with their baby, so Days will get them there step by step!

It sounds like some hot drama’s brewing once the baby swap’s ultimately exposed. We’ll keep you posted as other Days details and rumors emerge. Stick with DOOL and don’t forget to check back often for the latest Days of Our Lives spoilers, rumors, updates and news.