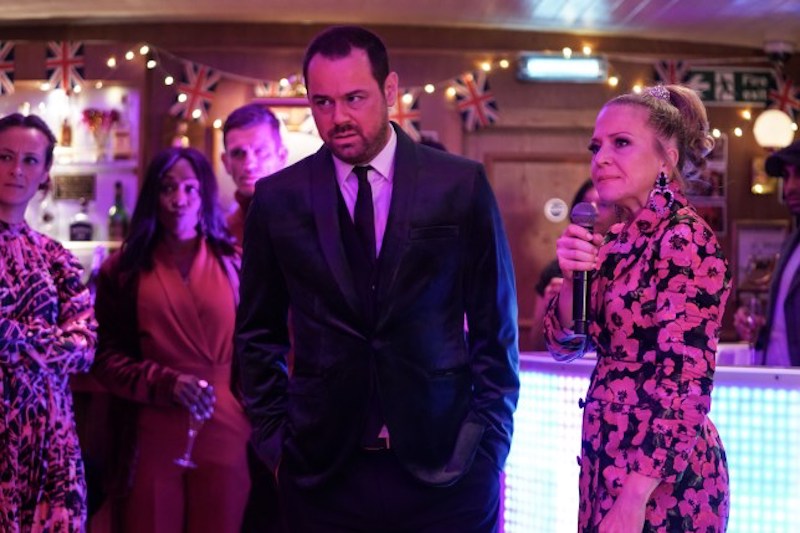 Eastenders spoilers reveal the soap’s 35th anniversary is on February 19. A death has previously been teased, but who could meet their maker? Recently, actress Kellie Bright, who portrays Linda Carter discussed the storyline. Danny Dyer, who plays Michael “Mick” Carter also had something to say about the upcoming death. Keep reading to get all the details.

Carter Couple Tries to Save Marriage

It is teased that in the upcoming week, things will get worse for Linda. She spikes her tea while the social worker is visiting. Then, she spots Mick and the social worker talking and gets paranoid. Later, she chases the poor woman down only to realize afterward that she’s ruined everything for her family.

It is at this point Mick has had about enough.However, after hearing about someone else’s struggle and loss, he gets a new fire in him to fight for his marriage. This is what leads to the boat party, it is an attempt for the couple to fix things.

Eastenders spoilers reveal Bright was on the TV show This Morning on February 6, 2020. She discussed the storyline and said that the death could be anyone — including her.

[Filming these episodes was] the most epic week I have ever been involved in on the show… It centers around a party on a boat on the Thames, and I get wet.”

It has been teased in the past few weeks that there will be a few surprise returns and one of them shows up at the boat party. It is also stated that there will be one death and it is suggested that it might even be murder, not something accidental. So, who will end up losing their life? That’s up for debate because Dyer said that the person who meets their demise is a real shocker. So, it must be the last person fans expect.

“[The death] was a real shock to everyone… It’s really powerful stuff, and we’re trying to get a message across, and sometimes when you do that, you’ve really got to go full throttle with it.”