General Hospital Spoilers and Recap Tuesday, February 12 – Robert’s Deal With Sam And Jason Is Off; Charlotte Upset With Lulu 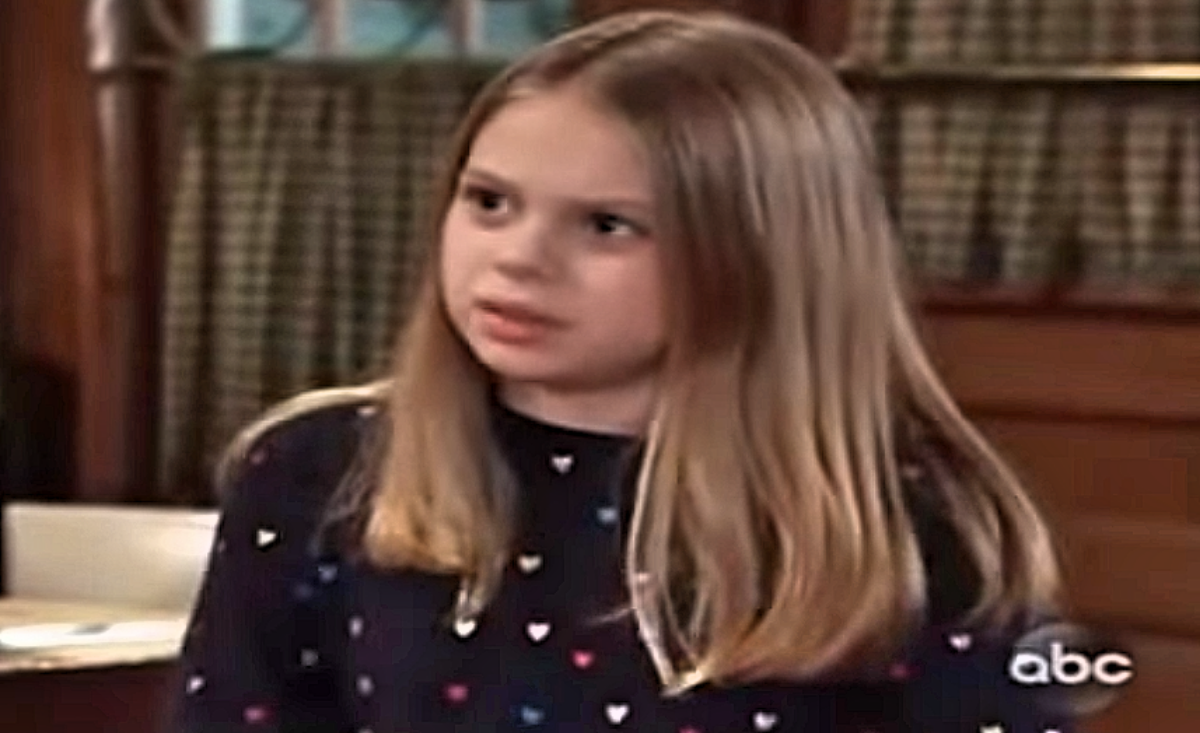 Finn insists Jason let the feds handle Peter. Jason understands that Finn wants to protect Anna. Finn isn’t sure he can trust Robert. Sam tells Finn the deal is to take down Peter legally. Finn agrees to give Jason what he has on Peter. Finn tells Sam and Jason about the connection to the gunman. Jason asks where Finn got the information. Jason figures out that Anna is covering for Peter. Finn tells Jason this cannot lead back to him.

General Hospital’s Trina Robinson (Sydney McKayla) visits Ava Jerome (Maura West) at GH. Trina is confused about why Ava is married to Nikolas Cassadine. Ava tells Trina that she and Nik were old flames and rekindled their relationship. Ava is proud of Trina. Franco joins them and says Ava never shares notes. Trina excuses herself to check inventory to let Ava talk to Franco. Franco asks what Ava is doing with Franco.

General Hospital’s Nik shows up at GH and speaks to Liz Baldwin (Rebecca Herbst). Franco Baldwin (Roger Howarth) approaches and wants to talk to Nik. Franco tells Nik how close Liz and Hayden Barnes (Rebecca Budig) are. Franco tells Nik to get Hayden home. Nik begs Liz not to give up on years of friendship. Alexis Davis (Nancy Lee Grahn) arrives and asks if Nik is there for a blood test.

Nik says he is the heir and this will prove it. Liz leaves telling Nik he deserves Ava. Valentin is late getting the DNA test done. Alexis asks Nik how this is going to impact things. Alexis has to stay and wait for Valentin to show up. Valentin arrives and they agree that Helena Cassadine (Constance Towers) is laughing in hell over this. Alexis tells Valentin he would be better off not being a Cassadine. Liz says Ava and Nik’s marriage is a sham. Franco isn’t happy when he sees his sketch.

General Hospital’s Brook Lynn Quartermaine (Amanda Setton) wants to visit Mike Corbin (Max Gail). Sonny Corinthos (Maurice Benard) arrives and tells Brook that Mike isn’t up for visitors. Mike joins them and hugs Brook. Brook and Mike talk about her aunt. Mike believes that Brook is her mother. Brook and Sonny go to the restaurant and he thanks her for being so good with Mike.

Sonny and Brook discuss changing things in the long term. Sonny tells Brook about the trial that Mike missed. Brook asks Sonny if he really believes there is a chance. Brook tells Sonny how everyone reacted to her aunt. Brook thinks Mike is in the last stages of the disease. Brook tells Sonny to enjoy what time he has with Mike now.

General Hospital’s Anna Devane (Finola Hughes) argues with Robert Scorpio (Tristan Rogers) before throwing him out of her house. Peter is standing at the door when she opens it and Robert wonders what he overheard. Peter turns it around and asks Robert for a statement on Laura Collins (Genie Frances) shooting. Anna tells Peter to make himself comfortable and throws Robert out.

Anna apologizes to Peter. Anna tells Peter that Robert will never see him differently. Peter says Anna and Maxie Jones (Kirsten Storms) trust is all he needs. Peter defends Robert before leaving Anna’s. Peter says one of them has to give. Peter kisses Anna goodbye and leaves. Peter makes a call and orders someone to call the judge that put Sam in prison. Finn arrives home with flowers for Anna as she hides the evidence against Peter. Finn wants things to be better between them.

Anna hates it when they can’t connect. Anna tells Finn she needs to tell him something about Peter. Robert meets with Sam and Jason and gets the information from them. Sam wants to know what more Robert needs. Sam and Jason wait for Robert to give the information to the federal prosecutor. Anna begs Finn to trust that they are on the same team. Peter gets a call confirming what he wants. Robert walks in and says the deal is off.