General Hospital Spoilers: Carly Spars With Brando, Seeks The Truth – Is He Playing Her? 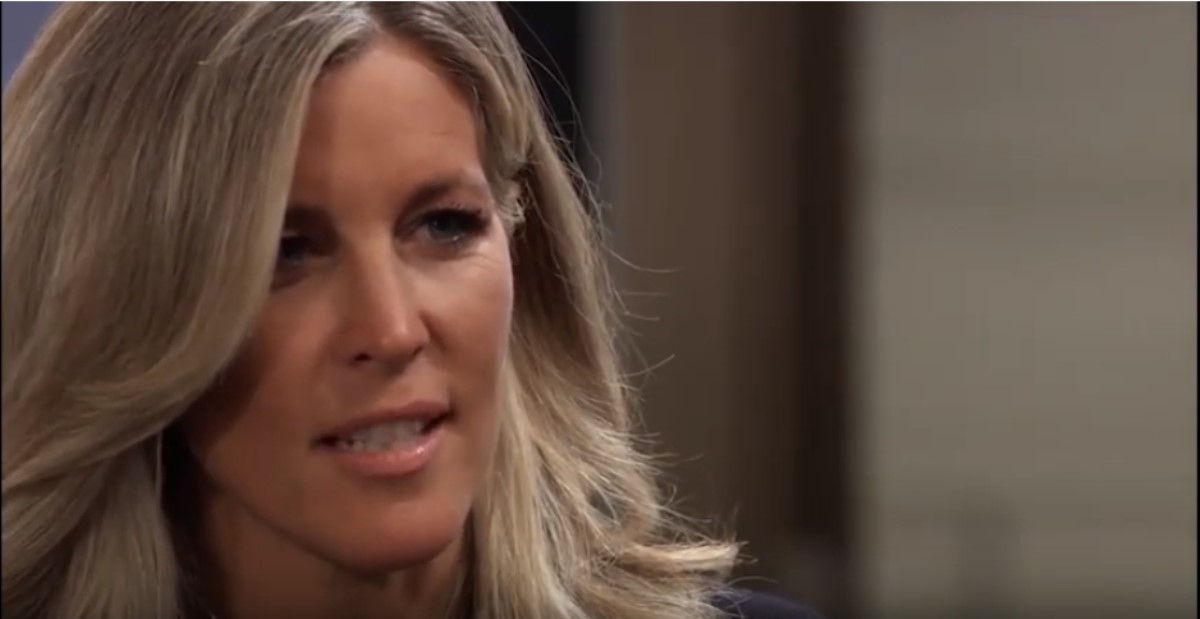 General Hospital spoilers tease that Carly Corinthos (Laura Wright) will try to get the truth in an upcoming episode of GH!

The General Hospital preview for Monday’s episode shows Carly in Brando Corbin’s (Johnny Wactor) hospital room at GH, where he has improved enough from his gunshot wound to be standing up and not hooked to hospital equipment, and dressed in street clothes.

General Hospital viewers will recall that Brando appeared out of nowhere during the attack by Cyrus Renault’s (Jeff Cober) men on the Corinthos Coffee warehouse, and saved Carly’s life – and it was mutual. She saved him as well when he took a bullet trying to shield her from gunfire. She asks Brando in the preview if he knew who she was when he saved her.

Carly will have other questions for Brando as well…she knows from his mother, Gladys Corbin (Bonnie Burroughs) that he came to Port Charles looking for his mother, and she had told her that she put the photo of herself and Dev Cerci (Ashton Arbab) on social media because she liked playing the part of Dev’s grandma. Social media is how Brando found her. The question is – did he know she was in the warehouse when the shooting started and did he know that Carly was Sonny Corinthos’ (Maurice Benard), wife?

Sonny and Carly had both questioned both Brando and Gladys, and the stories about the big fight between the two of them matched – but how did Brando manage to show up at the Corinthos Coffee warehouse if Gladys didn’t put anything about a connection to Sonny on her social media, and just in time for the shootout? Something doesn’t seem to be adding up timewise!

Was Brando just arriving in town via boat, perhaps, and was playing hero when he heard the gunshots like Dustin Phillips (Mark Lawson) had on a different part of the pier where Michael Corinthos (Chad Duell) had been targeted and Mayor Laura Collins (Genie Francis) was shot? Was his showing up where his mother was and Carly was just a coincidence?

General Hospital Spoilers – Where Has Brando Corbin Been And What Has He Been Doing With His Life Lately?

Gladys, Sonny, and Carly will all want to know where Brando has been and what he has been doing with his life lately – Gladys had said after he got out of the military he had gotten mixed up with some bad people, and that was what led to the big blow-up between the two of them that caused her to tell people he had died!

Brando is particularly interested in who Dev is and why Gladys would say he is her grandson, and Sonny had instructed her to tell Brando one of his wild oats had sprung up and some woman showed up on her doorstep claiming Brando was Dev’s father – which she did. But Sonny is suspicious that Brando could either be a cop or some other kind of agent tracking Cyrus and his people, which could bring problems for Sonny, or he could be one of Cyrus’ people playing double agent!