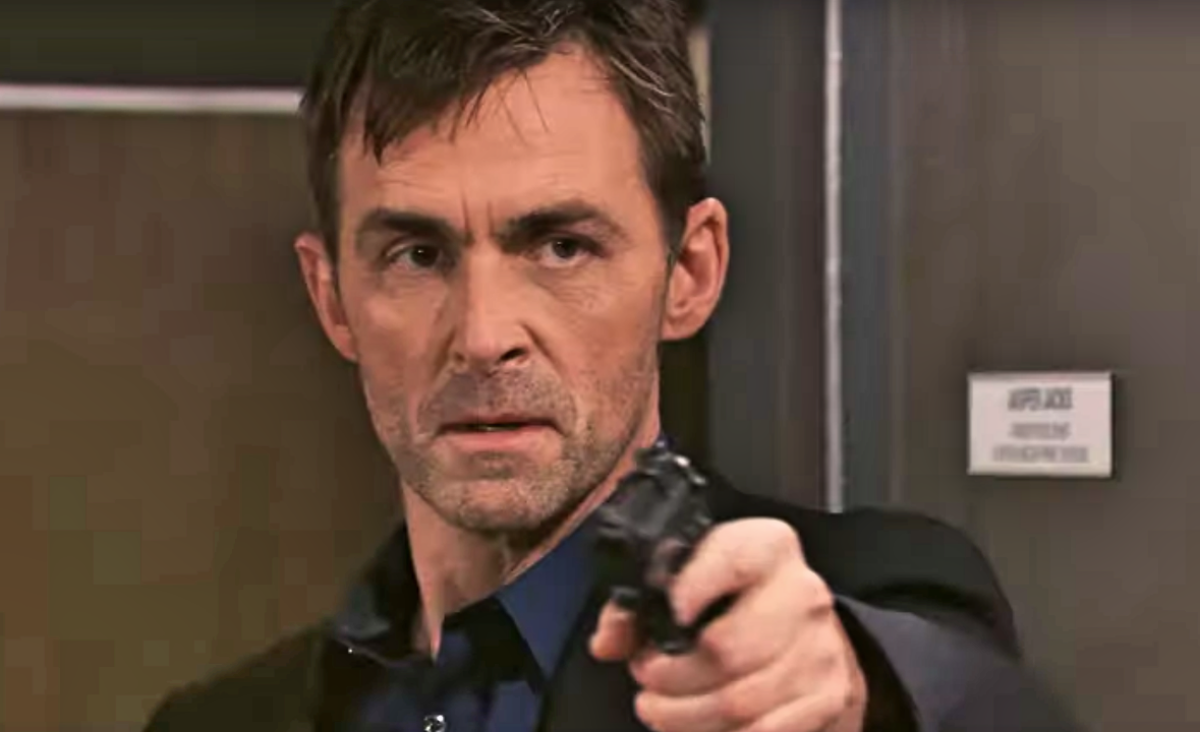 General Hospital (GH) spoilers for Wednesday, February 12, tease Anna Devane (Finola Hughes) will wonder whose side Hamilton Finn (Michael Easton) is really on. They seemed to be making some progress in moving past their Peter August (Wes Ramsey) issues, but that’s only because Anna doesn’t know about Finn’s betrayal…yet. That could change in Wednesday’s episode based on Anna’s question.

GH Spoilers: Anna Devane Will Wonder Whose Side Hamilton Finn Is Really On

Finn will seem surprised that Anna would doubt his loyalty. Even if Anna confronts him about spilling Peter info, he’ll undoubtedly defend the decision. For Finn, being on Anna’s side means doing everything he can to protect her. The same goes for Violet Barnes (Jophielle Love) who has to be Finn’s priority now.

General Hospital Spoilers: Ava And Franco Get Closer – Will They Hook Up?

Whatever the case, it seems Finn and Anna will face off again while Sam McCall (Kelly Monaco) battles guilt. Robert Scorpio (Tristan Rogers) just informed Sam and Jason Morgan (Steve Burton) that the deal’s off. Something didn’t go down the way it was supposed to, and Sam will insist it’s her fault. She’ll tell Jason that she’s the one who brought Finn into this and messed things up.

Of course, Jason won’t see it that way. He’ll reassure Sam that they’ll keep fighting somehow, but Sam may feel pretty hopeless on Wednesday. Over with Peter, he’ll do some bonding with Emma Scorpio Drake (Brooklyn Rae Silzer). It looks like Emma will open up to Peter about something that’s troubling her and get some advice in return.

Emma couldn’t help but notice the tension between Anna and Robert, so that might be what she talks to Peter about. Regardless, Uncle Peter will be kind and offer up some great guidance. The problem is Peter’s keeping some deadly secrets and duping those closest to him. When the truth inevitably comes out, Peter’s world is bound to blow up.

Other General Hospital spoilers say Valentin Cassadine (James Patrick Stuart) will be ready to get this show on the road. He’s hoping for an ELQ takeover, which is why Martin Gray (Michael E. Knight) has been working to so hard. Nevertheless, there’s more work to be done. Valentin will point out that he needs a majority holding to take control of the company, so he’ll expect Martin to come through for him.

GH Spoilers: Maxie Jones Will Do What She Does Best And Meddle In Other Characters’ Love Lives

Next, Maxie Jones (Kirsten Storms) will do what she does best and meddle in other characters’ love lives. She’ll approach Jasper “Jax” Jacks (Ingo Rademacher) in his office and blurt out that she knows he kissed Nina Reeves (Cynthia Watros). Maxie may feel like Jax is playing games with Nina’s heart. She might advise Jax to stop holding himself back if dating Nina is what he wants.

At Ava Jerome’s (Maura West) gallery, GH spoilers say she’ll discuss a tricky situation with Nina. Valentin obviously wants Nina back, but she’ll feel confident he’s not going to be an issue. However, it’s Nina that Ava will worry about. Ava will wonder if Nina can really withstand Valentin’s charms or if she’ll just reunite with him like she always does.