‘The Bold and the Beautiful’ Spoilers: Ridge and Brooke Continue To Fight – Thomas Remains Core Problem 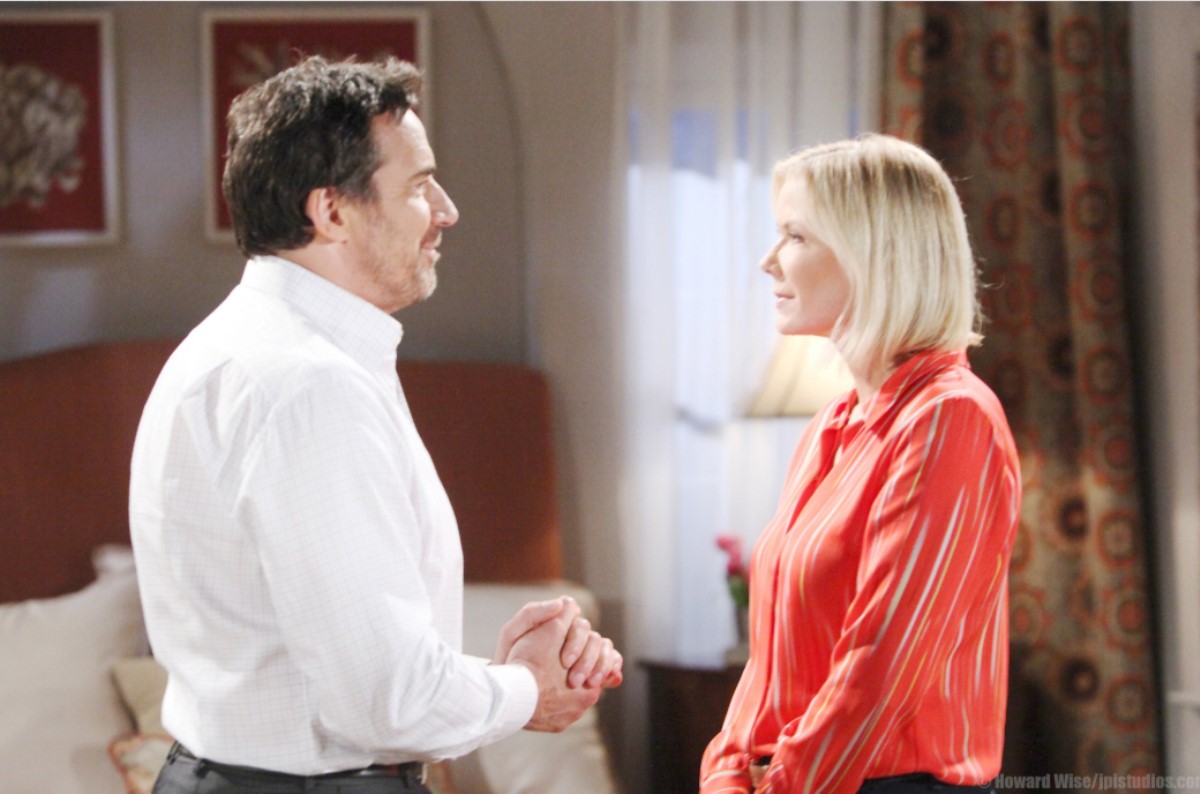 Brooke continues to blame Quinn Forrester (Rena Sofer) and Shauna Fulton (Denise Richards) for her and Ridge’s continued breakup. She declared war on Quinn, even ordering Eric Forrester (John McCook) to divorce Quinn, and evict Shauna! After Eric heard about all of Shauna’s flirting and trying to get into Ridge’s pants, he did agree with Brooke on that point and evicted Shauna, who is now living with her daughter, Flo Fulton (Katrina Bowden) who recently moved back into town.

Prior to that, the three women had even come to blows, with Brooke slapping Shauna, and Quinn, in turn, punching Brooke and knocking her off her feet! Brooke still cannot see, even though she has been told by several people – actually including Shauna and Quinn – that as long as she continues with her hatred of Ridge’s son, Ridge is not going to reconcile. Brooke may be absolutely right about

Thomas, but Ridge cannot accept that right now and it shouldn’t be made a matter of Brooke being right and Ridge being wrong, but a matter of a family banding together to force, if necessary, a member into getting the help he needs! It is true that people can’t fix each other if the one needing fixing refuses to admit it or seek help, but Thomas has done extreme enough things that he could be forced into mental health care – as far as Brooke is concerned! But Ridge doesn’t agree!

B&B Spoilers – Is Thomas Forrester Crazy – Or Just Crazy Like A Fox?

The problem with trying to force Thomas into mental health care is that the mental health laws are pretty strict; a person either has to a danger to themselves – as in danger of committing suicide – or be a danger to others, meaning actual physical harm, not just gaslighting of someone or hurting someone’s feelings. These laws are as strict as they are so that someone can’t just put someone else in an asylum because they’re mad at them, or want to divorce them, or some other reason.

Back in the 1800s and early 1900s, a woman could be put in an insane asylum (what they were called back then) simply for having her menstrual period! So the question would be with Brooke saying that Thomas is a psychopath is whether he really is crazy, or just crazy like a fox! He’s manipulative and selfish, but it seems more like his disorders are not of his psyche, but more of his personality. He does fit the diagnosis of a narcissistic sociopath, but until and unless he commits an actual crime or crimes because of his personality disorder, he cannot be forced into treatment.

Ridge, on the other hand, loves his son and believes the best of him – but he does have blinders on and is in denial of some of the worst parts of Thomas. He cannot see Brooke’s extreme opinions of Thomas as being totally true, although he does acknowledge Thomas does have his faults and has not always made the best decisions.

Her extreme actions and words concerning Thomas are why he has and continues to postpone either tearing up the divorce papers or filing them. He wants her to give his son a chance and see some good in him even though he does acknowledge there is some bad with the good, but Brooke stubbornly only continues to see Thomas in the worst-case scenario; and until they meet in the middle somewhere, or Thomas does do something extreme that changes his father’s mind about him, they will be stuck, unable to move in any direction!