The Bold and the Beautiful Spoilers: Wednesday, February 12 – Katie Tells Wyatt About Sally’s Diagnosis – Thomas’ Plan Gets A Reaction From Douglas 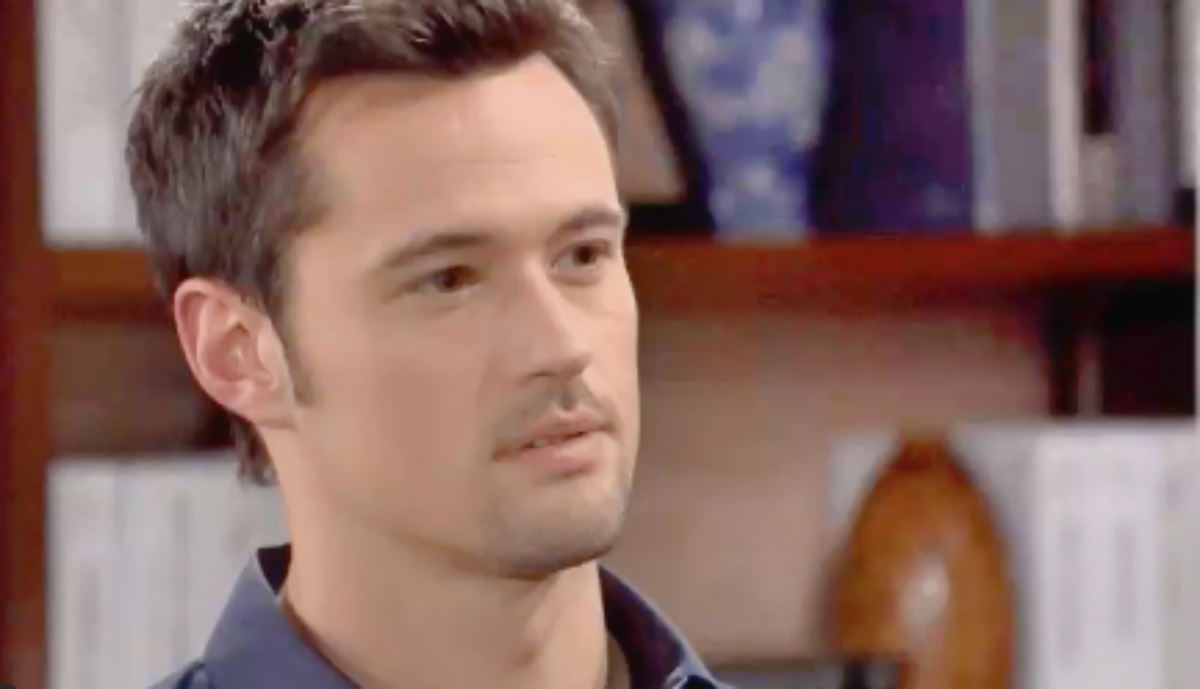 The Bold and the Beautiful spoilers for Wednesday, February 12, tease that Wyatt Spencer (Darin Brooks) will get some truly horrific news. As B&B viewers know, he’s been very distracted and worried about Sally Spectra (Courtney Hope) lately. He knows that Sally isn’t taking their breakup well, and in fact that she hasn’t really accepted it as reality. Wyatt senses that there’s something else going on with Sally, and he fears it could be serious,

On Wednesday’s episode of B&B, he’ll finally learn what’s going on with Sally, and he’ll learn it from Katie Logan (Heather Tom). As B&B viewers know, Katie has just told Bill Spencer (Don Diamont) about Sally’s terminal condition, even though Sally demanded that Katie not tell anyone about it. Sally is still processing her diagnosis, and she doesn’t want anyone to know about it, especially not Wyatt.

‘The Bold and the Beautiful’ Spoilers: Ridge and Brooke Continue To Fight – Thomas Remains Core Problem

The Bold and the Beautiful spoilers say that Katie will end up telling Wyatt about Sally’s diagnosis on Wednesday’s episode. Wyatt will be absolutely heartbroken and stunned by the news, and he surely won’t want Sally to have to deal with this awful situation on her own. According to B&B spoilers, he’ll lament about what he should do, and it’s a tricky situation since he’s just broken off his engagement with her.

Bold And The Beautiful Spoilers: Wyatt Spencer Gets Comfort From Flo Fulton & Considers His Next Move

Wyatt will surely want to go to Sally and offer her all of his support and love. Wyatt sill cares deeply about her, even though he wants to be with Flo Fulton (Katrina Bowden) now. Perhaps Katie will offer some advice on how he should proceed. Since Wyatt knows Sally so well, he’ll probably realize that she might be feeling stubborn and want to handle everything on her own.

It will be interesting to see how Wyatt handles things going forward. B&B spoilers say that he’ll soon share the terrible news with Flo, and that she’ll offer him comfort and support as he comes to grips with the news. It will be a difficult time for them all going forward, as they process Sally’s terrible fate.

Meanwhile, on Wednesday’s new episode of B&B, Thomas Forrester (Matthew Atkinson) and others will take some time to celebrate Zoe Buckingham’s (Kiara Barnes) birthday at Forrester Creations. Thomas will have arranged for a big surprise birthday bash for Zoe, and it will all be designed with ulterior motives in mind.

As B&B viewers know, Thomas recently told his buddy Vinny Walker (Joe LoCicero) about his big plan for the birthday bash. He’s planning to have Douglas Forrester (Henry Joseph Samiri) present at the birthday party, so that he can get his first glimpse of his dad with Zoe. He thinks that will sufficiently upset Douglas, and that Douglas’ distress will be obvious to Hope Logan (Annika Noelle).

Thomas knows that Hope will be upset because Douglas is upset, and he’s hoping that she’ll then realize that what’s best for Douglas is for her to be with him. And according to B&B spoilers, Thomas’ actions will definitely get a big reaction from Douglas as well as from Hope. It looks like Douglas will indicate that he’s rather that his father was with Hope, and Hope will notice.

According to B&B spoilers, Hope will then confront Thomas about the effect of his relationship with Zoe on Douglas, and Thomas will manage to turn the tables on her. It looks like this will leave Hope feeling conflicted about what’s best for Douglas, since he’d prefer for her to be involved with his dad. We’ll see what happens from here, but it looks like Thomas’ plan will work just as he had hoped.