The Young and the Restless Spoilers: Adam and Chelsea’s Relationship Threatened – Past Las Vegas Issues Come To Light 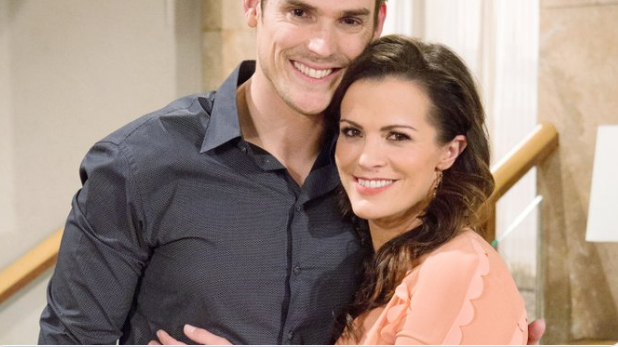 However, the mystery lady in Las Vegas, Nevada, represents a threat to Chadam’s existence, which is why Adam returns to the gambling destination ‘Spider’ recently called home. As viewers and Phyllis Summers (Michelle Stafford) will soon learn, the person who Adam and Chance remain connected to poses a threat.

Adam’s monthly payment indicates some form of obligation. Chance Chancellor’s (Donny Boaz) connection to this matter is yet another intriguing part of Y&R’s developing storyline.

The Young And The Restless Spoilers – Chelsea Lawson Risking Her Soul

Chelsea Lawson (Melissa Claire Egan) was living a good life with Nick Newman (Joshua Morrow). Yes, there was a brief period where she was prevented from knowing that Victor Newman (Eric Braeden) didn’t die. But it’s fully arguable that Nick was justified in believing that he was protecting Chelsea and Connor from being fully drawn into that Newman family debacle.

Choosing to return to Adam, after all that’s happened through the years, wasn’t an easy decision. That’s why Chelsea took so long to return to her true love, risking her soul again.

No one wants to get hurt, especially when a history of pain exists. But Adam did make noticeable personal reforms and was being open, or so Chelsea believes.

Anything to do with Phyllis is trouble. Such is the case here, as she has no known rooting interest in this cause. So, why has Red inserted herself in it?

Stafford’s return to the cast has also included the write-back of this character to a fierce stance. That classic take is one that hardcore fans are most familiar with, as are various residents of Genoa City, Wisconsin.

Phyllis senses that Adam and Chance are hiding something very significant. So, she’s looking to learn exactly what that is and then hopefully leverage it to her advantage. Yes, that’s not something a friend, as she’s tried to convince Adam she is, or a romantic interest, as she’s forcefully presenting to Chance, would do.

The Young And The Restless Spoilers – Chance Chancellor An Unlikely Ally

It was stunning when Phyllis told Adam that she knew he was connected to Chance. How unusual and even illogical that an agent, who formerly knew Adam in GC, would be tied to a man who was calling himself Spider, but didn’t know that person’s identity.

New information will be available now that the storyline is shifting back to Nevada. Chelsea is back with Chadam’s son, while Adam attempts to keep whatever messy issue he’s involved in contained. He’ll need to be successful, or soon provide a legitimate explanation to Chelsea if he wants to maintain his just-restored family.