The Young and the Restless’ Spoilers: Victoria Pushes Billy Away – Falls Into Amanda’s Web 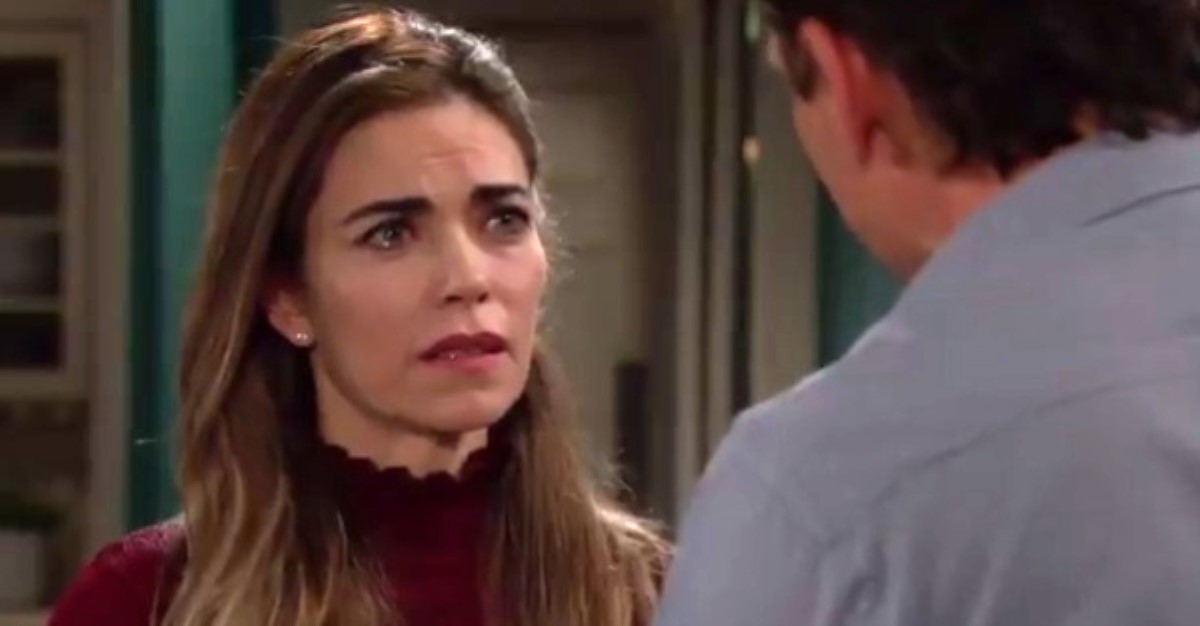 Vickie Newman (Amelia Heinle) is reeling on ‘The Young and the Restless’. Destabilized after Billy Abbott’s (Jason Thompson) actions dashed her hopes yet again. Vickie is faced with having to tell her young children that their daddy has left them.

The number of times that Vickie has saved Billy from himself isn’t worth counting. Instead of wasting that effort, Johnny Abbott (Ryan and Holden Hare) and Katie Abbott’s (Sienna Mercuri) mother, who is also the Chief Executive Officer of Newman Enterprises, must move ahead.

Meanwhile, Amanda Sinclair (Mishael Morgan) unexpectedly happened upon her former boyfriend, who convinced a housekeeper at the Grand Phoenix hotel that he was connected to one of the show’s newest characters. Ripley Turner’s (Christian Keyes) arrival in Genoa City, Wisconsin, is troubling on many levels, with Amanda’s past and present issues serving as sources of conflict.

Billy’s attention span is short. Whatever amount of time he spends thinking about ‘Villy’s’ collapse is overridden by his focus-shift to Amanda.

As viewers learned, Morgan’s newest character has a recent, checkered personal history. It stands to reason that the shiner Billy earned at the Empty Glass bar may be followed by a poke in the nose courtesy of Ripley, who is said not to engage in physicality. That alone winks hard at a coming confrontation with Billy that either man could provoke.

A clear signal is being sent to the audience, Billy plans to fight for Amanda. That means ‘Bamanda’ may soon be established as a couple on Y&R, which will push both characters as deeper villains in this Midwestern town.

The Young and the Restless Poll: Who Becomes A Father First – Kyle or Theo? #yr #youngandrestlesshttps://t.co/kiXlVqNMFR

It’s not just that Vickie deserves better from Billy. He owed her a better ‘Villy’ sequel effort that a handful of months following their ceremony that was held at Society.

Victor Newman (Eric Braeden) isn’t gleeful that his instincts were proven right. He sincerely is taking no joy in seeing his oldest daughter cut so deeply on an emotional basis.

Just when it seemed like Amanda had side-stepped falling into the Billy salad, there she is in the bowl with him. His interest and circumstances allowed Billy to arrive at Amanda’s door while Ripley was in the suite with her.

Amanda’s unwanted guest left but surely wasn’t seen for the last time. He wants his ex-girlfriend back. Billy is veering toward starting something new with Amanda and now, she is bound to develop feelings for him as well.