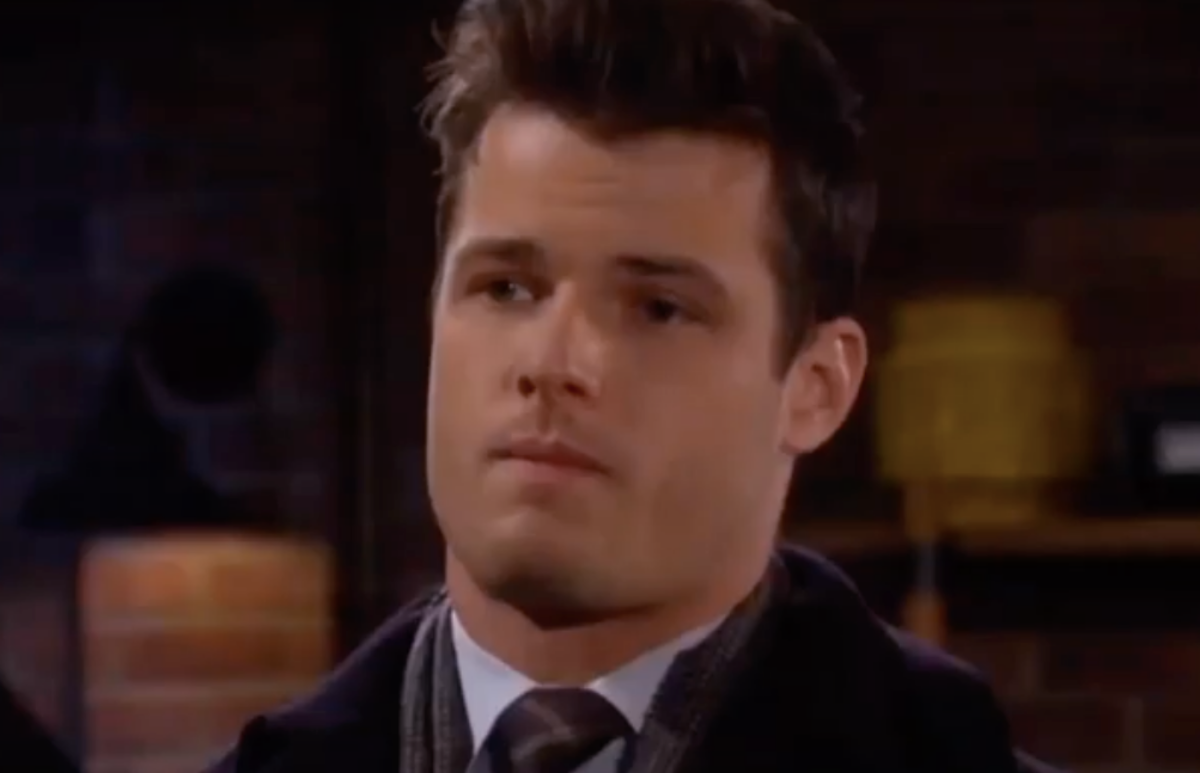 The Young and the Restless (Y&R) spoilers for Wednesday, February 12, tease that Billy Abbott (Jason Thompson) and Amanda Sinclair (Mishael Morgan) will talk in the elevator at the Grand Phoenix. She’ll relay that Ripley Turner (Christian Keyes) was arrested, and that she’s going to sleep well tonight. Billy will think that a celebration Is in order, and the two will go to the roof together.

They’ll stand near the ledge, and Billy will explain that he and Victoria Newman (Amelia Heinle) told the kids about their split earlier. He’ll want the two of them to shout at the top of their lungs out into the air, which they’ll do together. Amanda will thank Billy for helping her to find her voice.

The Young and the Restless’ Spoilers: Victoria Pushes Billy Away – Falls Into Amanda’s Web

Y&R Spoilers: Lola Abbott Gets Some Support From Rey Rosales

Next on Y&R, Lola Abbott (Sasha Calle) will be taping up boxes in her apartment when Rey Rosales (Jordi Vilasuso) arrives. She’ll share how hurt and angry she feels, and he’ll console her, saying that things will get easier for her. Lola will say that she’s thinking of visiting Celeste Rosales (Eva LaRue) in Miami. She’ll invite him, but he’ll refuse, saying that he’s too busy right now.

At Crimson Lights, Summer Newman (Hunter King) and Kyle Abbott (Michael Mealor) will be sitting together when Summer gets a call from Phyllis Summers (Michelle Stafford), who will wonder where she slept last night. They’ll bicker a bit, then after hanging up, Kyle will kiss Summer’s hand as Nick Newman (Joshua Morrow) arrives.

Young And The Restless Spoilers: Rey Rosales Confronts Kyle Abbott Over His Treatment Of Lola Rosales

Later, Rey will encounter Kyle on the patio, who will be seriously peeved. He’ll rant about how Kyle was pining for someone else while he was with Lola. He’ll do some name-calling and get a few things off his chest, while inside Summer informs Nick that she and Kyle are going to be together. Nick won’t like it, but Summer will insist that it’s going to happen.

Next on Y&R, Kyle will show up at the apartment and relay that he bumped into Rey. Lola will inform him that all of his things are packed, and he’ll wonder if she’s going to be ok. Lola will say that eventually she will, and she’ll bring up what happened last night. They’ll eventually agree to a quick divorce, and Kyle will say that what they had was real even if it wasn’t forever. Later, Lola will remember the good times with Kyle and cry.

Next on Y&R, at the Grand Phoenix, Phyllis will bump into Billy. They’ll spar a bit, and Billy will say that he’s enjoying life like he hasn’t for a long time. She’ll needle him for his past gambling before she goes to leave, and she’ll run into Nick. Nick will want to talk about Summer and will soon learn that she’s headed to Las Vegas. He’ll warn her not to go, but she’ll insist, and he’ll shake his head as she goes.

Young And The Restless Spoilers: Amanda Sinclair Has A Final Goodbye With Ripley Turner

Next on Y&R, Rey will bring Ripley to see Amanda. She’ll tell Ripley that he won’t be charged, but that the order of protection is still in place and that he needs to leave town. She’ll gloat that she has all the power while he has nothing, and he’ll get a dig in about her new boyfriend. Ultimately, she’ll give him a one-way ticket back to Madison and leave, while Ripley mutters that she’s not as strong as she thinks she is.

Finally, on Wednesday’s new episode of Y&R, Kyle will commiserate with Summer. He’ll think that Rey was right, and that he really hurt Lola. Summer will say that they weren’t ready before, but now is their time. Kyle will smile.