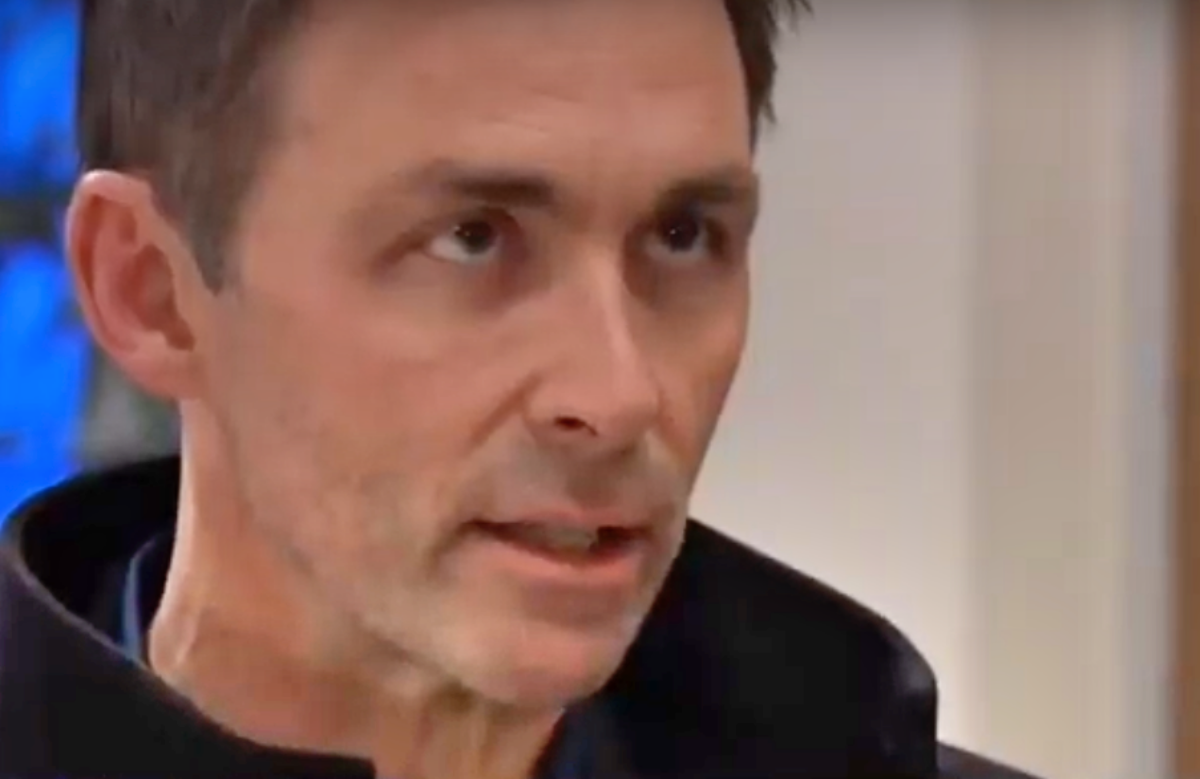 General Hospital (GH) recap for Wednesday, February 12, 2020, reveals Robert Scorpio (Tristan Rogers) says the deal is off with Sam McCall (Kelly Monaco) and Jason Morgan (Steve Burton). Robert says someone went behind their backs to screw up this deal.

GH Spoilers: Robert Scorpio Is Taken Off The Case

Robert says Peter is a bureau problem and he can’t help Sam. Sam is furious that the deal fell through. Sam says they could have taken this further. Sam says Hamilton Finn (Michael Easton) has given them up to Anna Devane (Finola Hughes). Jason asks Sam if she thinks Finn told Anna they were working with Robert. Sam says Peter could have gone to the Attorney General.

Sam tells Jason she can’t do this anymore. Sam wants to take Danny Morgan (Porter Fasullo) and Scout Morgan (Ella Ramacieri) and leave. Jason wants to know if Sam is sure about this. Sam doesn’t want to put the kids through two more years of this. Sam can’t live like this for two years herself. Jason tells Sam this will be painful but it will be more painful to more people if they leave.

General Hospital’s Anna and Finn discuss Robert not backing off of Peter August (Wes Ramsey). Anna is angry at Robert for making a deal with Sam and Jason. Finn tells Anna she went behind Robert’s back as well. Anna says Robert, as well as Jason and Sam, are trying to blame everything on Peter. Anna says she didn’t have a choice. Finn says if Peter is innocent, nothing will come of the investigation.

Anna believes it is her place to cover for Peter. Finn tells Anna she needs to step back and let the authorities handle this. Anna needs to let Peter face the consequences of his actions. Robert stops by and accuses Anna of going to the Attorney General. Anna tells Robert she didn’t tell anyone about the deal. Anna convinces Robert she wasn’t behind this. Robert says it has to be Peter. Robert has been taken off the investigation. Anna says Robert doesn’t know that Peter did anything.

Peter promises this won’t drag Anna down. Peter promises Emma the problems from the past won’t come back to hurt anyone. Robert confronts Peter about the Attorney General before telling him now it’s him and Jason. Robert tells Peter that Jason is coming for him and Anna won’t be able to save him.

General Hospital’s Ava Jerome (Maura West) calls Valentin Cassadine (James Patrick Stuart) and Nina Reeves (Cynthia Watros) interrupts. Nina tells Ava she’s looking for artwork. Nina tells Ava about the kiss she and Jasper Jacks (Ingo Rademacher) shared. Ava apologizes for destroying the mood. Ava is proud of Nina for putting herself out there. Nina says that the kiss was amazing. Ava wonders why Nina and Jax don’t have a chance. Ava questions why Nina and Jax aren’t together.

Nina says she and Jax talked things over and aren’t together. Nina tells Ava that Jax shut down the idea of a relationship. Ava tells Nina she needs to go back and talk to Jax again. Nina says this could get messily complicated. Nina is surprised she’s getting such good advice from Ava. Ava wants to hear about it if Jax kisses her again. Valentin overheard and is upset.

General Hospital’s Maxie Jones (Kirsten Storms) questions Jax about himself and Nina. Maxie tells Jax she knows about the kiss. Maxie says both he and Nina are in agreement. Jax says he and Nina aren’t together. Maxie is shocked to find out that Jax doesn’t want to pursue a relationship with Nina. Jax believes it was what they both wanted. Maxie tells Jax to hold off on the budget, some things deserve a second look.

General Hospital’s Valentin asks Martin Grey (Michael E. Knight) to meet him at the hospital. Valentin wants Nelle Benson’s (Chloe Lanier) shares and works on the other shareholders. Martin says Brook Lynn will give into them and use her ELQ shares. Valentin plans to send Martin to contact other ELA stockholders. Valentin’s test results say he isn’t a Cassadine.

Valentin has always been a Cassadine and now he’s a lie. Valentin says he is the greatest lie ever told by Helena Cassadine (Constance Towers), his mother. Valentin says it is essential he takes over ELQ. Valentin wants Martin to get on the case. Martin asks if there is someone Valentin can talk to.

General Hospital spoilers say some shockers and shakeups are brewing, so stay tuned. Be sure to check back often so you don’t miss all the latest updates and news!