General Hospital Spoilers: Nikolas Runs Into Liz – Willing To Do Anything For Peace 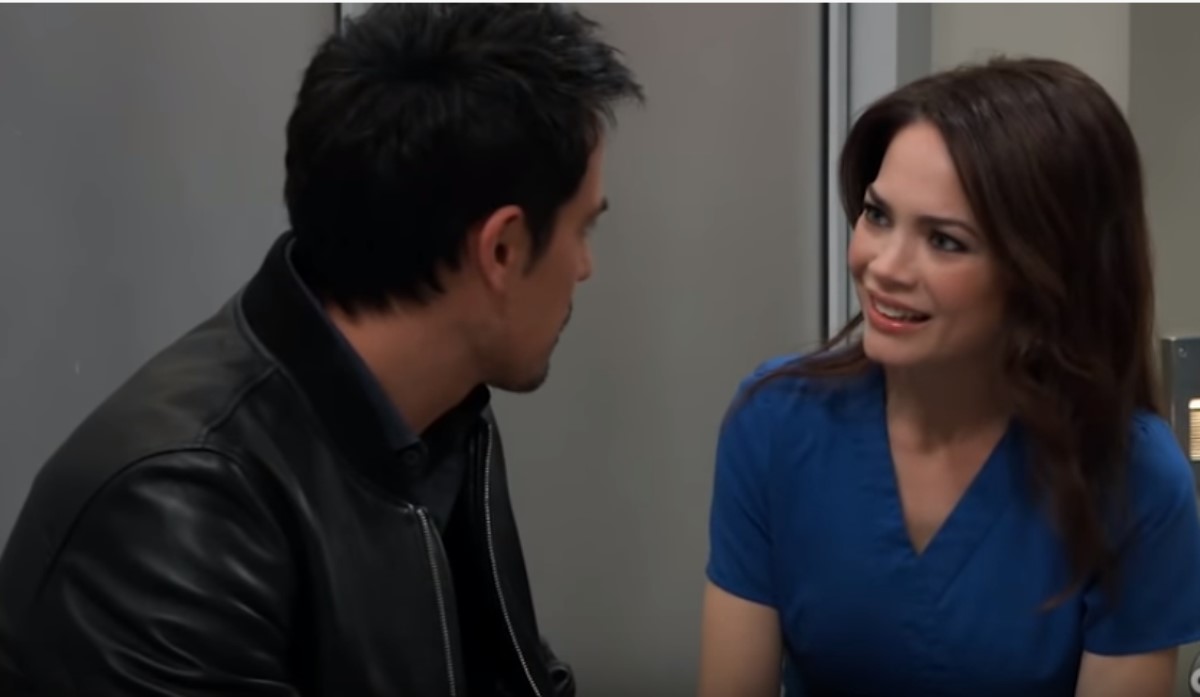 General Hospital spoilers tease that Nikolas Cassadine (Marcus Coloma) will run into Elizabeth Baldwin (Rebecca Herbst) and try to make peace with her in an upcoming episode of GH!

Elizabeth and Nikolas have been close since they were teenagers, and initially, she was happy to see him – until Jasper “Jax” Jacks (Ingo Rademacher) told her the truth about how Nikolas was involved in her sister Hayden Barnes’ (Rebecca Budig) disappearance! Dr. Hamilton Finn (Michael Easton) had talked about it too, and the last time Elizabeth and Nikolas saw each other, she slapped him in the face!

Jax had told her the whole story about Nikolas having overheard Hayden apparently making some kind of deal with Valentin Cassadine (James Patrick Stuart) about Helena Cassadine’s (Constance Towers) portrait, which had contained the codicil. Nikolas now has the codicil, which disinherits Valentin by claiming that he is not Mikkos Cassadine’s (John Colicos) son, but rather Helena’s son, by an unnamed lover. But Jax made Nikolas sound like he made Hayden disappear permanently!

Longtime General Hospital viewers will recall that Nikolas had tried to kill Hayden once before when they were married and before he “died”. Technically, Nikolas is still married to Hayden unless an off-screen divorce took place, and now he has married Ava Jerome (Maura West)! It is not for certain that Elizabeth knows that Hayden and Nikolas were not divorced, but if she does, then that would make her even more suspicious that he made her disappear permanently!

She knew about the time he shot her but that didn’t matter as much then because she didn’t know the two of them were sisters, in fact, they had hated each other back then. Now they have bonded as sisters and that makes a huge difference – and when Nikolas tries to make peace with Elizabeth again now, it is still too soon. She is still upset.

The only way that Nikolas will be able to redeem himself is to find Hayden and bring her back safe. Both Finn and Elizabeth need him to do that, Finn has a daughter and Elizabeth has a niece who wants her mommy!

But Nikolas wasn’t thinking about Violet Barnes (Jophielle Love) when he made Hayden disappear, just like he wasn’t thinking about his own son Spencer Cassadine (Nicolas J. Bechtel) or his sister Lulu Spencer (Emme Rylan) or his mother, Laura Collins (Genie Francis) the past three and a half years when he was presumed dead – he was blinded by his greed, and his goal of getting the Cassadine estate back from Valentin! Laura did allow for some of his behavior is genetic, a Cassadine trait, but now he has seen how he went about so many things wrong and has his regrets and wants to make amends.