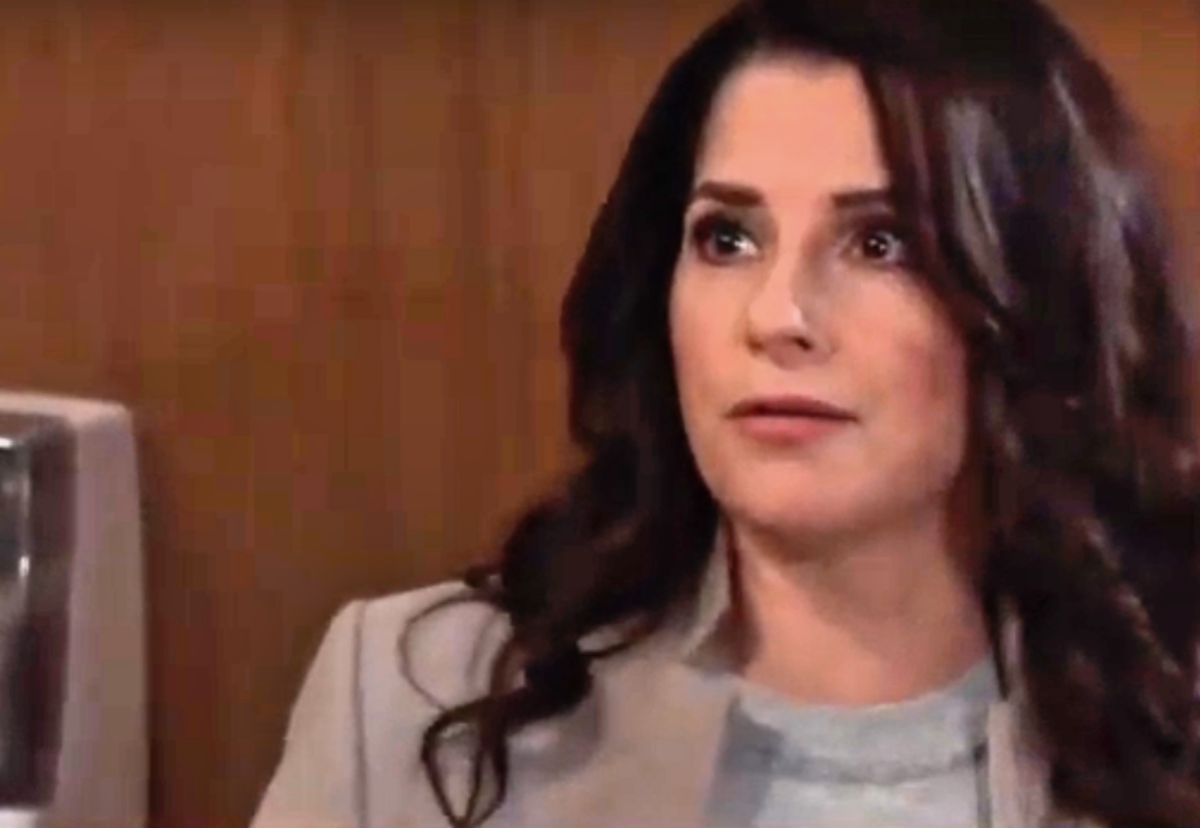 General Hospital (GH) spoilers for Thursday, February 13, tease that Nelle Benson Archer) will get some troubling updates. Brad Cooper (Parry Shen) will fill Nelle in on his confession before the accident, which involved blurting out the truth about “Wiley Cooper-Jones” (Erik and Theo Olson).

Naturally, Nelle will wonder why Brad would do a thing like that! She’ll be furious over Brad’s loose lips, but she’ll be glad to know Lucas Jones (Ryan Carnes) doesn’t remember anything. Nelle may suggest that Brad had better hope it stays that way. Since Nelle has proven she’s lethal, Brad really needs to keep an eye on Lucas from now on.

GH Spoilers: Nelle Benson Will Get Some Troubling Updates

Over with Willow Tait (Katelyn MacMullen), she’ll seem a bit down as Harrison Chase (Josh Swickard) seeks answers. Chase will suggest that he’s sure about something, but he’s not as sure about Willow. He’s always willing to lend a sympathetic ear, so let’s hope Willow opens up about any “Wiley” issues she may have on her mind.

Next, Epiphany Johnson (Sonya Eddy) will unleash her wrath on someone at GH. Could the distraction work out well for Sam McCall (Kelly Monaco)? Her parole officer, Delores, just stopped her and pointed out that they have a problem. There’s also the matter of Jason Morgan (Steve Burton), who’s still on site. Sam could get in big trouble if Delores realizes she’s secretly been meeting with Jason.

General Hospital spoilers say Sam will have a desperate new plan on Thursday. Whether Epiphany’s anger helps or not, it sounds like Sam and Jason will avoid more drama. Across town, Lulu Spencer (Emme Rylan) will fill Peter August (Wes Ramsey) in on a big step she just took with Dustin Phillips (Mark Lawson). Peter will listen as Lulu excitedly describes the latest happenings in her love life.

General Hospital Spoilers: Dustin Phillips Has A Date With Someone Else

As for Dustin, he’ll insist he’s got a date with someone else – presumably meaning not Lulu. Dustin will be looking sharp in his suit, but this may involve a business discussion. Thanks to that softball game he played in last summer, Dustin is technically the official driver of Aurora Media’s print division. He may be hoping to make some more money if Jax has extra work for him.

Regardless, Dustin might wind up in a dangerous situation yet again. GH fans know Valentin Cassadine (James Patrick Stuart) wasn’t pleased about Jax kissing Nina Reeves (Cynthia Watros). He just overheard Ava Jerome (Maura West) talking to Nina about it at the gallery, so it looks like he’ll make a beeline for Jax’s office. It’s interesting that Dustin will just so happen to be there when peril potentially breaks out.

General Hospital’s weekly preview video features Valentin barging in on Jax and Dustin’s chat. Jax wonders what Valentin wants, so he replies, “Just this.” Valentin then fires a shot, which lines up with Thursday’s GH preview video, too. The question is: Will this be Valentin’s twisted fantasy or an actual plot he puts in motion?

GH Spoilers: Dustin Phillips Will Save The Day Again

Again, it’s somewhat odd for Dustin to be in this scene. That could be an indicator that Dustin will have to save the day again or will get caught in the crossfire. On the other hand, Valentin must know there’d be major consequences from a bold move like this. It’s possible Valentin will be too enraged to care in that moment, but we’ll just have to see how it goes.

Regardless, Ava will warn Nina that Valentin’s going to kill Jax. She’ll have a feeling the news of another potential romance isn’t going to go over well – and she’s clearly right. At Anna Devane’s (Finola Hughes) house, she’ll have her worst fight yet with Hamilton Finn (Michael Easton). Finn will finally yell that Peter is guilty. He’ll just want Anna to see the light, but Anna won’t seem ready to do that yet.

General Hospital spoilers say some shockers and shakeups are brewing, so stay tuned. Be sure to check back often so you don’t miss all the latest updates and news!