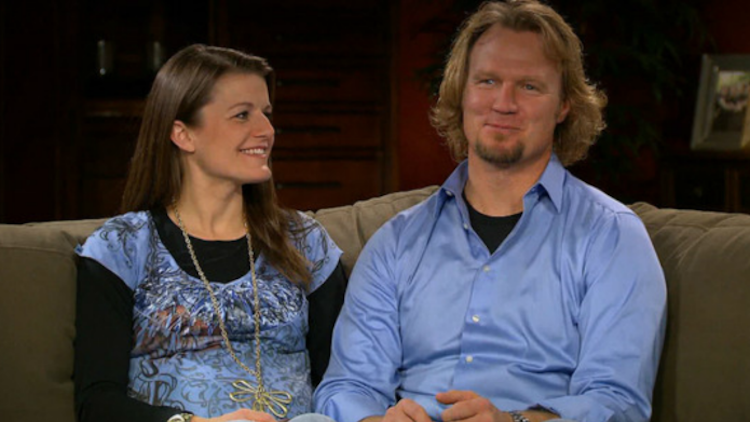 Sister Wives spoilers reveal the last episode was full of controversy. Not only did Kody Brown bring up the one house issue again, but Robyn Brown broke a polygamy rule by kissing her husband in front of the other wives. Keep reading to get the details on what transpired and how Meri, Janelle and Christine feel about it.

During the episode of the TLC reality TV show, Kody made sure that each wife received an equal amount of attention. He has been accused of favoritism before, not just by his wives, but fans as well. He not only gave each wife flowers, but the children got Valentine-themed gift bags, making it a family-friendly holiday.

Naturally, each of the wives thanked Kody for thinking of them during the romantic holiday. However, one of them went a little too far by physically sharing her gratitude. THis was the newest — and the most recent “legal” wife, Robyn.

Sister Wives spoilers indicate that there are a certain set of rules that the Brown family agrees to before they become part of the unit. One is that you don’t have public displays of affection in front of the other wives. However, Robyn clearly wasn’t thinking about the rules and went ahead and threw her arms around Kody. Then, she really stunned everyone by planting a big kiss on her husband’s lips.

On the confessional couch, Robyn didn’t see anything wrong with her actions. She defended it and said that she should be able to kiss her husband whenever she feels like it. After listening to her, most of the wives understood her point of view. Then, they had a big discussion about a possible rule change and allowing openly showing affection to Kody. All thought it would be okay, all except one — Meri Brown.

Some fans feel that the only reason Meri was disagreeing was because she no longer has a romantic relationship with Kody. However, others agree with Meri in that a rule was broken and it shouldn’t have been. What do you think?

Be sure to catch up on everything happening with Robyn Brown right now. Come back here often for Sister Wives spoilers news, updates and rumors!