The Bold and the Beautiful Spoilers: Katie Tries To Encourage Sally – Big Fight Ahead 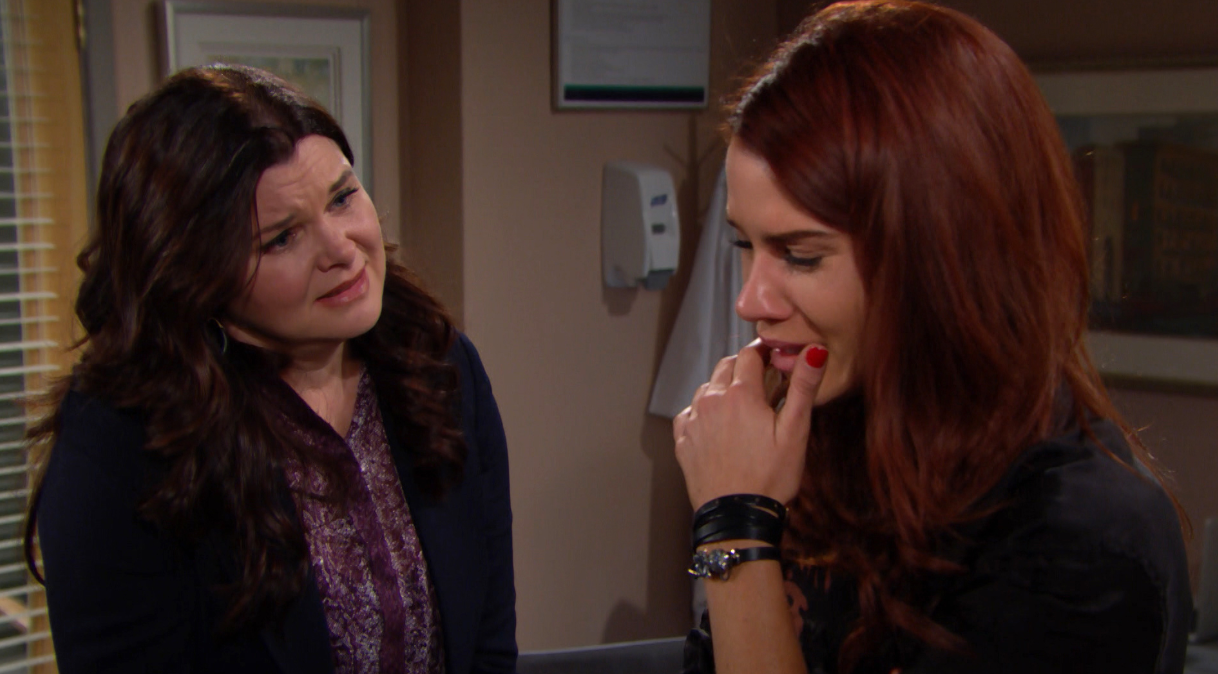 Viewers of The Bold and The Beautiful will recall that as Katie sat with Sally in the doctor’s office for her results to be given, she was given a deadly diagnosis with no hope at all – and maybe a month to live! Viewers didn’t hear the wording, although going by the symptoms it sounds like possibly an inoperable brain tumor in the cerebellum, which is the balance area of the brain.

The Bold and the Beautiful Spoilers: Wednesday, February 12 – Katie Tells Wyatt About Sally’s Diagnosis – Thomas’ Plan Gets A Reaction From Douglas

It contains the brain stem and if the tumor is against the brain stem, it would definitely be considered inoperable. Sally, usually a strong young woman, was visibly shaken and in tears as Katie held on to her! She started encouraging her to fight for her life and to tell her friends and family, including Wyatt Spencer (Darin Brooks) who Sally didn’t want to know AT ALL. She didn’t want him coming back to her from Flo Fulton (Katrina Bowden) out of pity!

B&B Spoilers – Sally Spectra ll Will Not Accept Any Treatment, Not Even Palliative Care

The term “palliative care” refers to making a patient comfortable when preparing to die from a terminal condition, which is what the doctor basically told Sally is all she could do for her – keep her on a cocktail of drugs to make her comfortable until the terminal condition killed her. It is a step above hospice care, where one is basically sent to die – with no life-sustaining efforts or medications to try to slow down the progress of the disease.

One month is a very short time to try and make any plans for even a funeral, or to get one’s affairs in order, and even that one month that was given Sally was likely only an estimate. The disease could progress quicker or slower before death takes Sally. Sally doesn’t want to fight, she doesn’t even want to seek a second medical opinion – which, with a serious disease and a deadly diagnosis, people always should! Mistakes can be made in diagnosis and even in testing, although doctors usually don’t like to admit it!

Katie is right to try and encourage Sally to fight for her life by whatever means may be available, by second opinions, by seeking out alternative cures or trials if her own doctor isn’t aware of any, and most of all, not to give up! There may not be much time but Sally needs to make the most of the time she has to solve her problem if a solution can be found!

Sally is stubborn, and undoubtedly the most stubborn person Katie’s ever known, as she told her, but when she starts feeling worse she may start fighting out of desperation – in a promo preview Sally is at work with Katie in the room and Katie has to catch her as she falls down!

Sally may just have a mistaken impression that one night she’ll die in her sleep, not that her symptoms will progressively get worse! Katie will continue to encourage her to fight, to tell family and friends, and to hang on, but when she doesn’t, Katie will override Sally’s wishes and do it herself as much as she’s able!