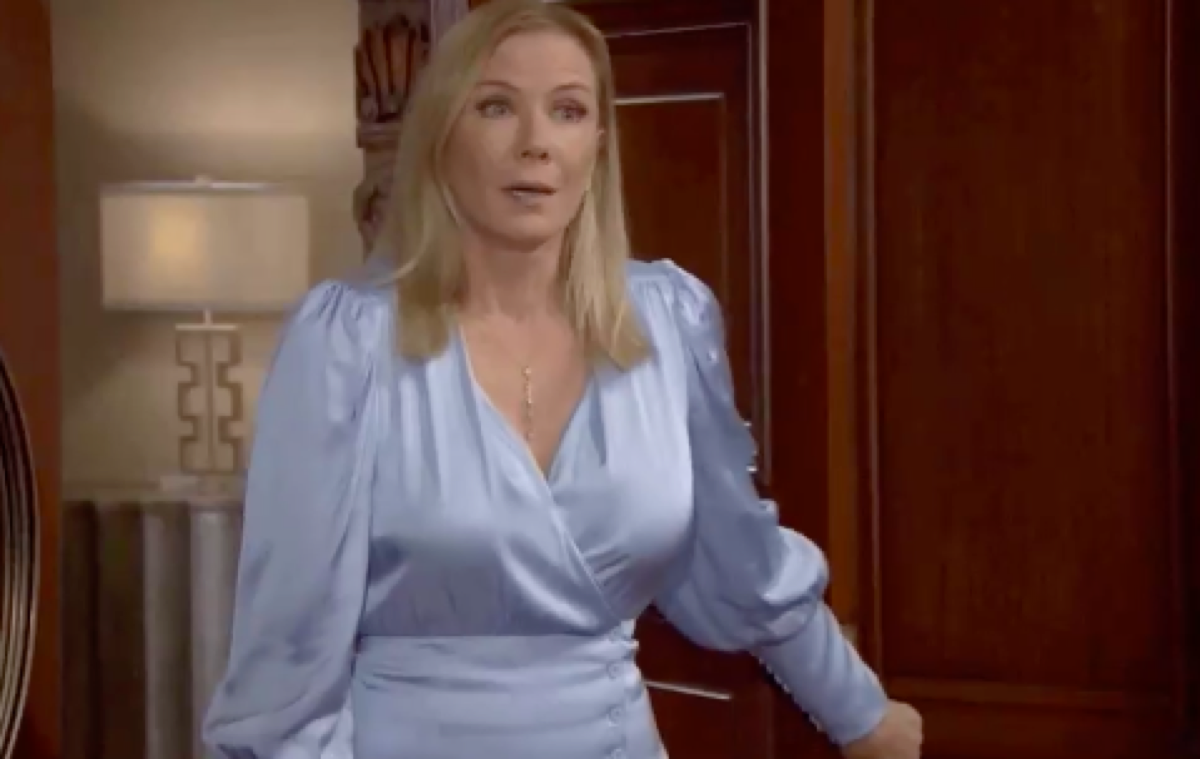 The Bold and the Beautiful spoilers for Thursday, February 13, tease that Hope Logan (Annika Noelle) will have some words for Thomas Forrester (Matthew Atkinson. As B&B viewers know, Thomas recently arranged a surprise birthday party for Zoe Buckingham (Kiara Barnes) at Forrester Creations, and during the party he lavished his attention onto Zoe, which Hope and Douglas Forrester (Henry Joseph Samiri) witnessed.

Well, Douglas wasn’t happy with the whole situation, and as B&B viewers know, he turned around and asked Hope whether Zoe was going to become his new mommy. He cried that he didn’t want to lose Hope, and this upset Hope immensely. On Thursday’s episode of the Bold and the Beautiful, it seems that Hope will blast Thomas for hurting Douglas and for not better preparing Douglas for seeing him with Zoe.

The Bold and the Beautiful Spoilers: Katie Tries To Encourage Sally – Big Fight Ahead

However, Thomas will be ready for the confrontation, and according to B&B spoilers, he’ll promptly turn the tables on Hope. Thomas purposely canoodled with Zoe just to get a reaction out of Douglas, so that Hope would worry about the effect of the situation on Douglas. Hope’s always thinking about the children, so Thomas knew that she’d be concerned about the effect of Thomas seeing someone new on Douglas.

We’ll see exactly how Thomas turns the tables on Hope – he might point out that Hope is being pretty selfish to think that Thomas isn’t going to ever find someone new to share his life with. After all, Hope had Liam Spencer (Scott Clifton) in her life, and she didn’t think that this upset Douglas at all. There won’t be much that Hope will be able to say to that.

Thomas might also tell Hope that it’s because of her that the two of them aren’t a couple, so she’s actually the source of Douglas’ discomfort. We wouldn’t put it past Thomas to make such an argument, and it would certainly be a way of turning the tables on Hope.

Meanwhile, on Thursday’s new episode of B&B, Brooke Forrester (Katherine Kelly Lang) and Ridge Forrester (Thorsten Kaye) will try to find common ground. As B&B viewers know, they’ve been having a really hard time connecting lately. They’ve signed divorce papers and were ready to end their marriage, but Ridge hasn’t filed the papers yet because he’s hoping that they can work things out.

But will they really be able to make their marriage work? Well, on Thursday’s episode of B&B, they’ll meet once again, and it looks like the topic of what’s keeping them apart will come up. Of course, B&B viewers know that from Ridge’s perspective, it’s all about Brooke’s animosity toward Thomas. He simply can’t continue on in a marriage with someone who detests and won’t accept his son.

But from Brooke’s perspective, Thomas is the problem in their marriage. She thinks that he’s worked to drive a wedge between them from the get-go, and now she sees Quinn Forrester (Rena Sofer) and Shauna Fulton (Denise Richards) as part of the problem as well. Ridge might point out that Brooke is blaming everyone else for their problems but the two people who are really responsible.

B&B Spoilers: Will Brooke Forrester & Ridge Forrester Be Able To Save Their Marriage?

At any rate, Brooke and Ridge will strongly disagree about why they remain apart. Brooke will surely think that Thomas and Quinn are out to sabotage their marriage, while Ridge puts the blame on Brooke’s feelings toward Thomas. Will these two ever be able to see eye-to-eye? It’s really hard to imagine them working things out at this point in time.