The Young and the Restless Spoilers: Billy Spirals Out Of Control – Will Bad Billy Take Down Ripley? 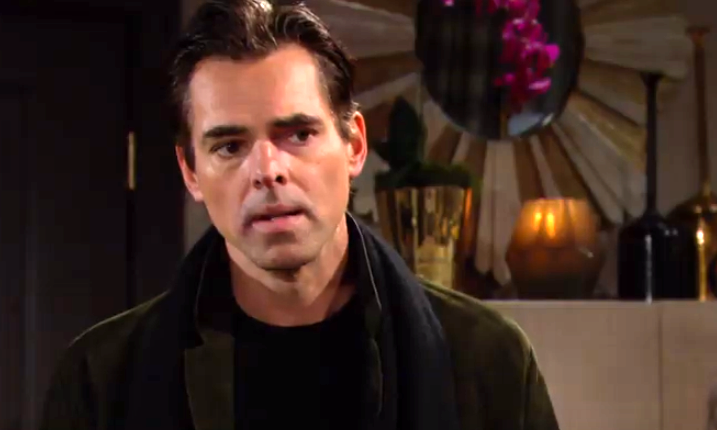 Viewers of The Young and The Restless will recall that Billy helped shoo Ripley out of Amanda Sinclair’s (Mishael Morgan) hotel suite when he conned housekeeping into letting him in to retrieve something Amanda had left behind!

Billy spent the night in Amanda’s suite in a chair, just so she would feel safe in case Ripley tried to return after Rey Rosales (Jordi Vilasuso) took a report and put Ripley on police radar. Ripley is now the subject of a BOLO (Be On the Look Out) with the Genoa City Police. He violated a valid restraining order that Amanda had against him, but since he was found in her hotel suite she did not violate the one he has against her!

Billy has not been keeping up with his therapy either, and although he has valid reasons and points for not wanting every bit of his behaviors that are disagreed with by the Newmans to be considered mental illness, he did have a pretty serious case of Dissociative Identity Disorder which manifested in an alter, or alternate personality, who is generally known as “Bad Billy” when Adam Newman (Mark Grossman) came back to town, dredging up all of Billy’s trauma over the death of his daughter with Chloe Mitchell, (Elizabeth Hendrickson) Delia Abbott (Sophie Pollono) who Adam had run over.

This culminated in “Bad Billy” setting up Adam at the spot where Delia was run over and Chloe getting there first and pushing Adam out of the way as “Bad Billy” tried to run him over! If Billy were keeping up his therapy the psychotherapist could recognize if the DID was manifesting again, but no trained eyes are looking now!

The Young and the Restless Spoilers: Donny Boaz Opens Up About His Modeling Days https://t.co/xkUNLla2S6 pic.twitter.com/QsEFg5Em2x

Ripley Turner could be in serious danger if Billy’s DID, and “Bad Billy” or an even more violent alter emerges with Ripley and Amanda’s situation with him becoming a trigger! Billy is angered by the whole situation because even though he and Victoria Newman (Amelia Heinle) are broken up now, he remembers the terror that JT Hellstrom (Thad Luckinbill) put her through even though back then he was on the outside looking in, as he is now with Amanda’s situation.

If a protector alters should be triggered to emerge in Billy, this alter could take the form of a vigilante who may go after Ripley for final revenge in Amanda’s behalf and Ripley could be terrorized, tortured, and ultimately killed!