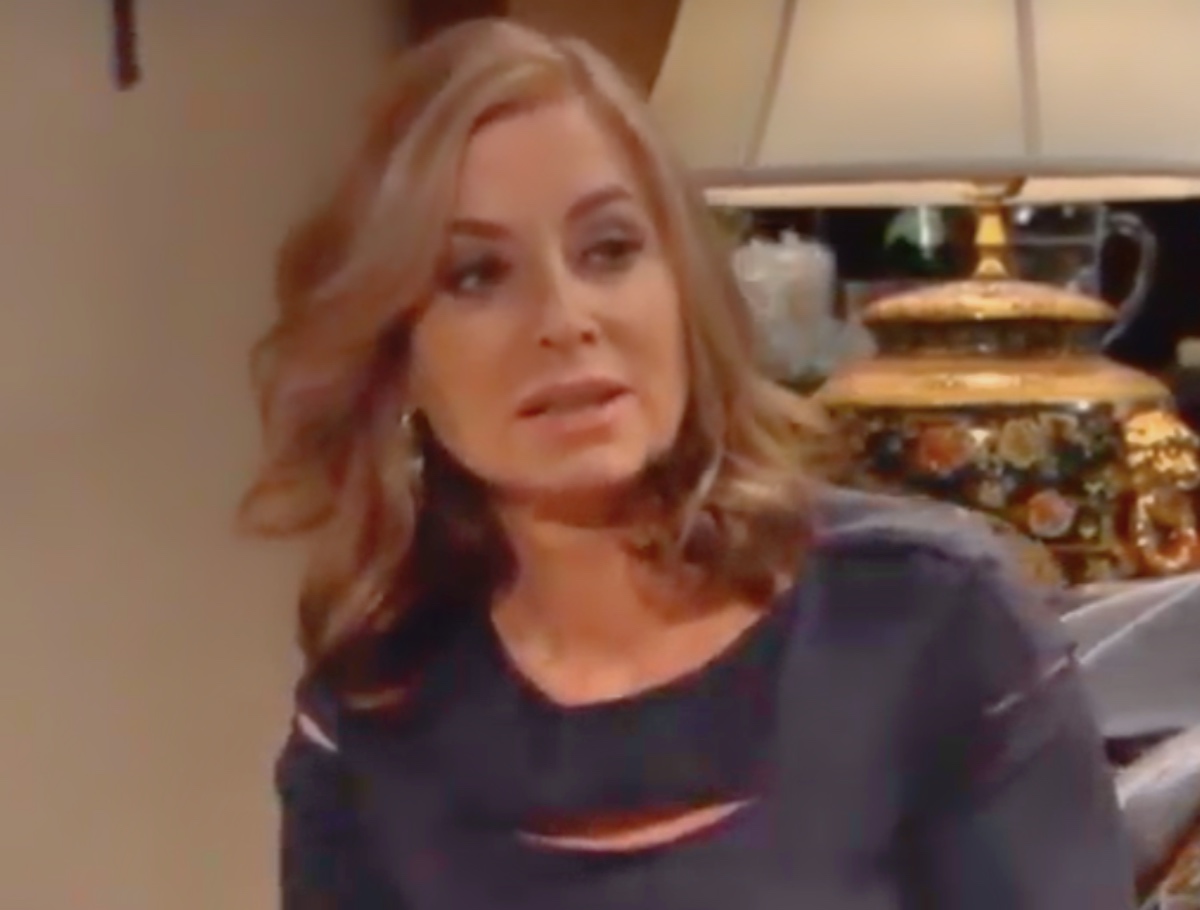 The Young and the Restless (Y&R) spoilers for Thursday, February 13, tease that Jack Abbott (Peter Bergman) will pay Victoria Newman (Amelie Heinle) a visit at Newman Enterprises to talk about Billy Abbott (Jason Thompson) and their split. Jack will feel that Billy will regret what he’s done, as they discuss Billy’s restlessness. Later Nick Newman (Joshua Morrow) will arrive and the two will discuss their gift for Victor Newman (Eric Braeden) for the Newman Gala.

Next on Y&R, over at the Grand Phoenix, Billy will tell Amanda Sinclair (Mishael Morgan) that he’s got a new Italian race car. She’ll decline his offer to take the car for a spin, as she has plans.

Next on Y&R, at Crimson Lights, Michael Baldwin (Christian LeBlanc) and Lauren Baldwin (Tracey E. Bregman) will text with Fen Baldwin (Zach Tinker) from Nashville. Esther Valentine (Kate Linder) will arrive, followed shortly by Chloe Mitchell (Elizabeth Hendrickson) and Kevin Fisher (Greg Rikaart). Chloe and Kevin will show off their baby’s ultrasound picture, and talk will turn to whether it’s a boy or girl.

The Young and the Restless Spoilers: Billy Spirals Out Of Control – Will Bad Billy Take Down Ripley?

Chloe will say that they want to be surprised, but it will turn out that Kevin found out from he ultrasound tech, and it’s a boy. Everyone will be thrilled. Meanwhile, out on the patio, Amanda will talk with Nate Hastings (Sean Dominic) about her ordeal with Ripley Turner (Christian Keyes). Soon, Billy will appear after hitting a tree with his new car. Nate will give him the once-over, and he’ll note that thrill-seeking can be addictive. After Billy leaves, Amanda will mention Billy’s gambling addiction.

Young And The Restless Spoilers: Ashley Abbott Visits With Victor Newman At The Ranch

Next on Y&R, Victor will get a visit from Ashley Abbott (Eileen Davidson) at the ranch. They’ll discuss Abby Newman (Melissa Ordway), as well as Victor’s retirement and health. Ashley will say that she wanted some time with him alone ahead of the Newman Gala, and they’ll have a good conversation together.

Later, Jack will come to see Victor to relay that he checked in on Victoria earlier. Victor will tell Jack that he needs to straighten out Billy, and Jack will ask Victor not to badmouth Billy in front of the kids. They’ll go back and forth about Billy, and Victor will get his jabs in, referencing how Billy slept with Jack’s wife.

They’ll go back and forth, but nothing will deter Victor from slamming Billy over and over again, and the men will debate whether Billy is relapsing or just spoiled. Victor will opine that he hopes Billy hits rock bottom, so that he’ll finally become a man. This will totally irritate Jack, but Victor will insist that Billy needs to fail to grow up.

Finally, on Thursday’s new episode of Y&R, Ashley will catch up with Billy. She’ll promise not to lecture him, but she’ll say that he shouldn’t count on Victoria understanding his actions anytime soon. Ultimately, Ashley will encourage Billy to find his way and his passion, but she’ll remain sad for Victoria and the kids.