Days of Our Lives Spoilers: How Will Steve & Hope Ever Return From Being Stefano and Princess Gina? 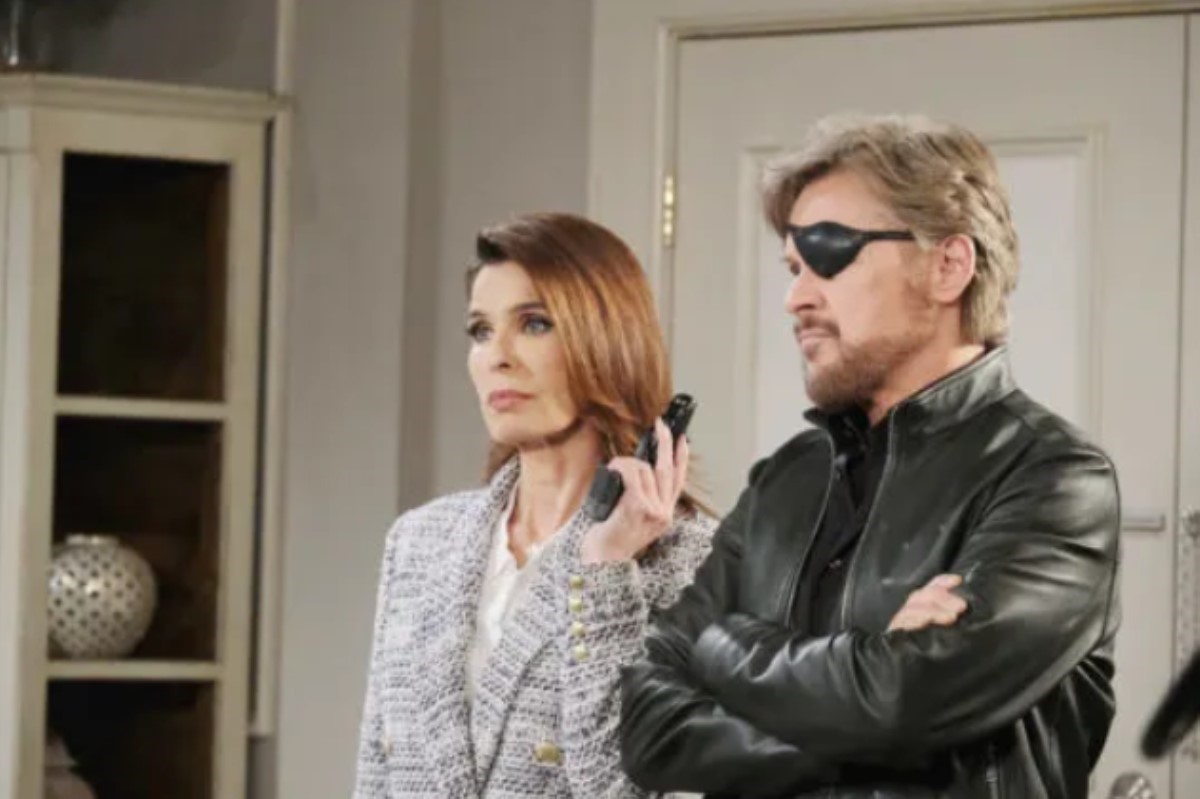 Days of Our Lives (DOOL) spoilers tease that Stefano DiMera aka Steve Johnson (Stephen Nichols) will continue to evade the authorities. However, it seems that he’s currently on borrowed time, since now John Black (Drake Hogestyn), Marlena Evans (Deidre Hall), and others know that Stefano is inhabiting Steve’s body.

Right now, Kayla Brady (Mary Beth Evans) is helping Stevano by tending to his gunshot wound, but of course, she’s in the dark since she still thinks that he’s Steve. According to DOOL spoilers, he’ll continue to fool Kayla for a while, as she reluctantly helps him and doesn’t get the messages on her phone telling her that Steve is really Stefano.

Days of Our Lives Spoilers: Will Questions Maggie About Night of Accident – Will She Tell The Truth?

But soon, she’ll learn that Stefano is inhabiting Steve’s body, and she’s going to be utterly horrified. And once the initial shock wears off, she’s going to want some answers from Stefano – and the first thing she’ll certainly want to know is what has happened to Steve. Is he still in there, or has his personality and memories been placed on a flash drive somewhere?

Well, people are soon going to be asking similar questions about Princess Gina Von Amberg aka Hope Brady (Kristian Alfonso). Now that she’s been apprehended in Prague, her loved ones are going to be wondering exactly what’s happened to Hope in all of this. Days of Our Lives spoilers say that Shawn Brady (Brandon Beemer) will even try to talk to Hope through Gina, but who knows if that will be successful.

DOOL viewers know that Dr. Wilhelm Rolf (William Utay) performed some minor surgery on Hope to transform her into Princess Gina, but what no one seems to know is how easy or difficult it’s going to be to get Hope back. Only Rolf and maybe Stefano know this, but will they be helpful at all?

Days of Our Lives Spoilers: Maggie Not Drunk, But Drugged – Framed For Accident – Sarah Was Supposed to Die, Not Adrienne? #days #DOOL #DaysOfOurLives https://t.co/r8nZwhScgR

It’s hard to imagine Stefano wanting to cooperate in eradicating himself from existence by bringing Steve back, or in bringing Hope back. After all, Stefano can’t stand Hope. And it doesn’t seem like Rolf would do anything to bring back Hope (whom he despises) or get rid of Stefano altogether. And the fact remains that if Steve and Hope come back, then Stefano and Princess Gina go away.

We’ll see what ends up happening here, but it seems that Steve and Hope’s loved ones may face an uphill battle in getting Rolf and Stefano to agree to any kind of reversal procedure. Do you think they’ll refuse to help turn Stefano back into Steve and Princess Gina back into Hope?