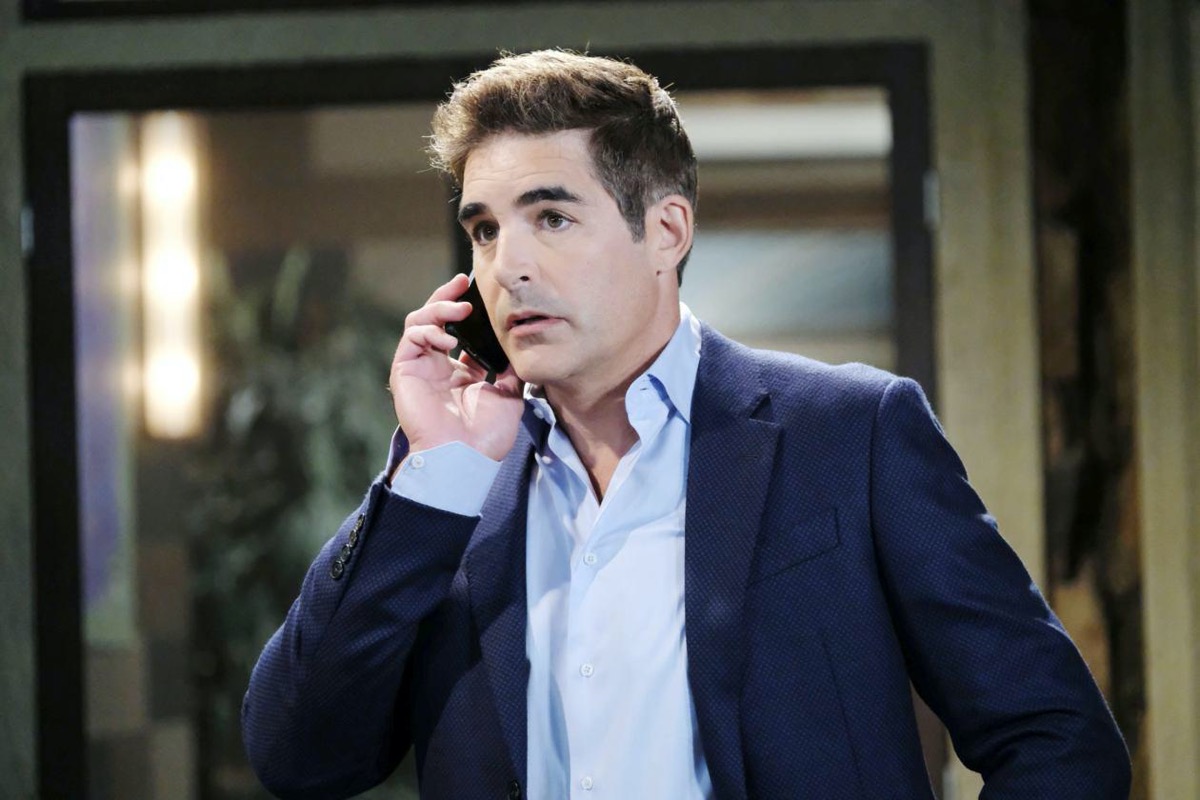 Days of our Lives spoilers have exposed the fact that Rafe’s brain is not working on all cylinders, how else to explain his massive errors in judgement as of late?

The scary part about Rafe and his missteps is that they could easily have become deadly, irreversible mistakes. It’s ok to make an oopsie every now and then, but Rafe has just been flat out wrong so many times, it might be best that he retire temporarily from police work and his private obligations so that he can have a personal tune-up—heck, make that a major overhaul!

Days of Our Lives Spoilers: Will Questions Maggie About Night of Accident – Will She Tell The Truth?

Rafe’s first in a long string of bloopers happened when he let Jordan (Chrishell Hartley) back into his life. Everyone told him she was not to be trusted, but Rafe has a soft heart, and a soft spot where his ex was concerned.

Once Jordan brought a baby into the picture, she had Rafe hook, line and sinker. And that was a problem because Jordan was clearly not rehabilitated. The loon poisoned the cupcakes for baby David’s first birthday party and nearly killed an innocent person.

What was Rafe thinking?

Jordan is presumed dead, but if she is or isn’t at this point is anyone’s guess. In the meantime detective Hernandez had to hire someone to care for David, and apparently he chose the first good looking guy to come along. Uh oh.

Just recently we learned that Rafe didn’t do a background check on Evan (Brock Kelly) the manny Rafe entrusted with David’s care. But even before that the guy was acting strange enough for fans to know that something is up with this guy’s past—where in the world is Rafe’s Spidey sense?

Days of Our Lives Spoilers: Gabi Cries Over Stefan as She Contemplates Confessing #days #dool #daysofourliveshttps://t.co/00CLXfRSZQ

Days of our Lives spoilers – How can Princess Gina fool Hope multiple times?

The lack of judgment regarding Princess Gina (Kristian Alfonso) simply takes the cake though. You know what they say, fool me once, shame on you, fool me twice, shame on me. Well, in Rafe’s case he should be feeling mighty ashamed.

First he didn’t pick up on the fact, for over a year, that Hope was an imposter and in fact Princess Gina. For crying out loud, he was once married to her, and they work together. How Rafe has managed to solve any crimes is beyond reason.

Are the writer’s trying to make us shout at the television?

Fans took to speculating on Gering’s leaving DOOL after he seemed to insinuate as much. What do you think, does Rafe sorely need a vacation, and is he already one foot out of Salem?