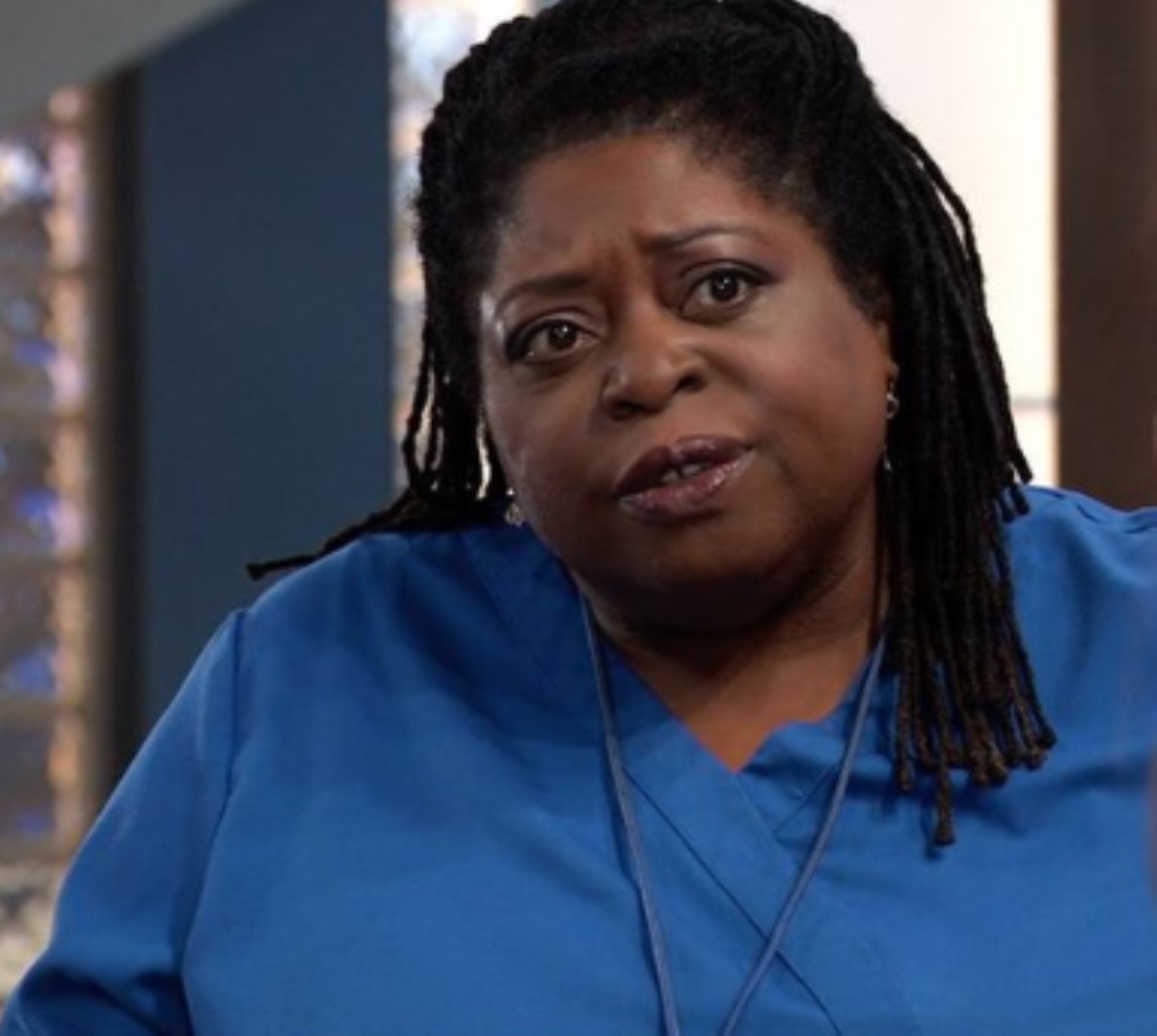 General Hospital (GH) recap for Thursday, February 13, 2020, reveals Jason Morgan (Steve Burton) promises Sam McCall (Kelly Monaco) that they will get through this.

Sam leaves the room, Jason waits so they aren’t seen together. Sam walks into the hallway and is approached by her parole officer. The officer asks why Sam was at the hospital. Sam claims to be sick. The parole officer wants to speak with Sam’s doctor.

Anna tells Finn that no one will give Peter the benefit of the doubt. Finn knows that Anna withholding evidence proves that she knows Peter is guilty. Finn tries to convince Anna that Peter is a killer and has started all of this. Anna knows Peter can be a better man than that. Anna refuses to let Peter’s fate be put in anyone else’s hands again. Anna is going to take the second chance to save Peter. Finn walks away from Anna and goes upstairs. Finn picks up his daughter and leaves.

General Hospital’s Lulu Spencer (Emme Rylan) approaches Dustin Phillips (Mark Lawson) and asks if she forgot their day. Dustin is meeting someone else for a date. Dustin goes upstairs and promises to return. Maxie Jones (Kirsten Storms) and Peter are at the Metrocourt. Lulu joins Peter and Maxie who tells her about issues with Damien Spinelli (Bradford Anderson).

Peter can handle Spinelli as long as Maxie believes in him. Dustin joins Lulu downstairs and Jocelyn approaches. Jocelyn talks to Dustin and apologizes for Valentin’s visit. Jocelyn tells Lulu that Valentin announced he isn’t a Cassadine. Finn tells Maxie he is staying at the Metrocourt tonight. Maxie wonders if Finn and Anna broke up.

GH Spoilers – Jasper Jax Has A Gift For Dustin Phillips

General Hospital’s Jasper Jacks (Ingo Rademacher) thinks about the kiss he shared with Nina Reeves (Cynthia Watros). Dustin goes to Jax office who offers him a reward for saving Jocelyn Jax (Eden McCoy). Dustin tries to turn down the check but Jax asks him to look at it first. Dustin sees that the check is made out to the school. Jax wants to know how Jocelyn is really doing in school. Jocelyn listens to the exchange.

General Hospital’s Valentin Cassadine (James Patrick Stuart) overhears Nina taking to Ava Jerome (Maura West) about the kiss with Jax. Valentin needs to talk to Nina. Valentin tells Nina about the test results. Ava leaves Nina and Valentin to talk. Valentin doesn’t know who he is anymore. Being the man Nina loves is all he has. Nina says Valentin’s life is his own now.

Valentin asks if kindness is all they have left. Nina tells Valentin they are over. Valentin tells Ava to come out and leaves. Ava warns Nina that Valentin looks volatile. Valentin gets a gun out of the safe and walks past Jocelyn and pulls a gun and shoots. Valentin is dreaming and stop short of shooting Jax.

Valentin tells Jax about the DNA results and leaves. Nina tells Ava that Valentin will never kill Jax. Ava says Valentin always puts his best interest first. Ava says that leaves Nina free to pursue a relationship with Jax. Nina approaches Jax and throws a file on his desk saying it is all his fault. Valentin sees Helena and asks how she pulled this off.

Nelle says Lucas can remember just as easily in Portland and Nelle asks what Brad is going to do about that. Brad says leaving Port Charles is their best choice and he’s determined to do that. Nelle picks up the phone and calls Valentin. Nelle wants to make a deal now so she can make travel plans.

General Hospital’s Harrison Chase (Josh Swickard) comes home to Willow Tait (Katelyn MacMullen) who has dinner prepared. Willow tells Chase she has her job back as Wiley’s nanny. Chase is afraid the Willow cannot maintain the legal boundaries when it comes to Wiley. Willow promises to stop when she is no longer needed. Willow urges Chase to have faith that she can do this. Willow asks if she’s told Chase how incredible she thinks he is. Chase and Willow start to kiss.