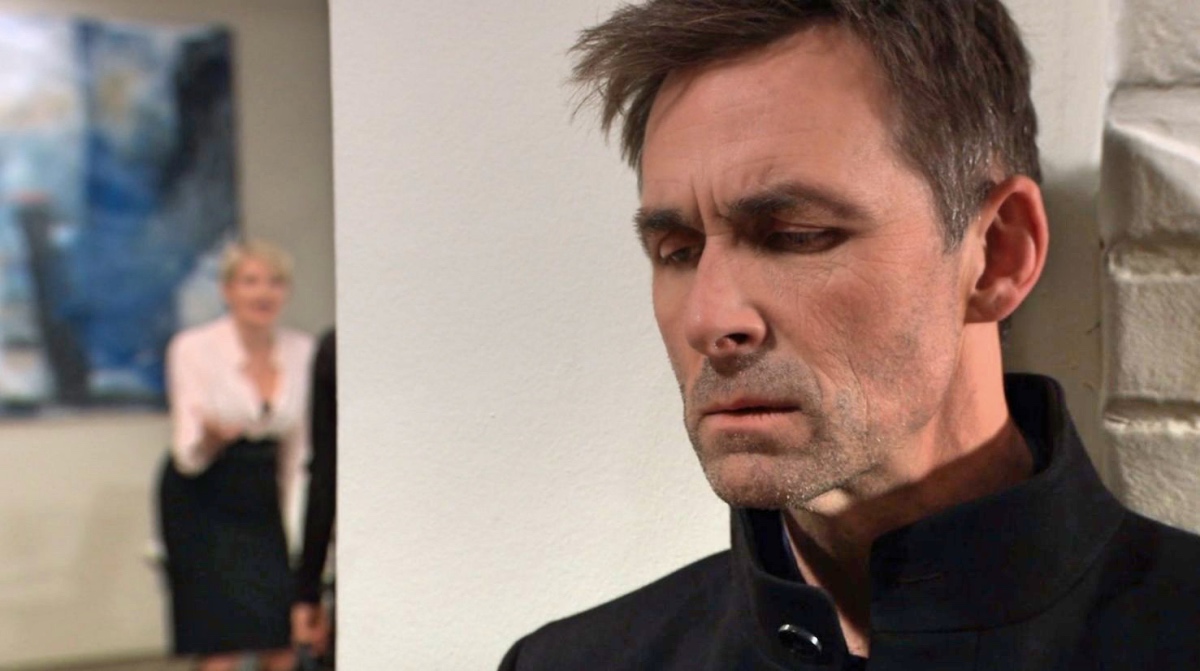 General Hospital (GH) spoilers for Friday, February 14, tease that Sasha Gilmore (Sofia Mattsson) will talk to Michael Corinthos (Chad Duell) about some big news, which probably involves prepping for that tell-all Crimson interview. Michael will wonder if Lucy Coe’s (Lynn Herring) OK with this, but who is he kidding? Lucy lives for this kind of drama – at least when it could bring in some serious bucks.

GH Spoilers: Sam McCall Will Be Summoned For A Meeting

Meanwhile, Sam McCall (Kelly Monaco) will be summoned for a meeting. Since Alexis Davis (Nancy Lee Grahn) will have a supportive chat with someone on Friday, she may want to speak with Sam. GH fans know Alexis has been worried about Sam blowing her parole and winding up behind bars again. She understands her daughter’s dilemma, but she also wishes Sam would cut down on all the risk-taking.

However, Sam’s new plan could get her parole officer off her back. She’s hoping to either win Delores Maloney (Andi Chapman) over or take her down – whichever option works! Alexis may not be thrilled about the idea, but she might think it’s better than all the sneaking around with Jason Morgan (Steve Burton). That’s a surefire way to get caught, so this seems like a preferable alternative.

Other General Hospital spoilers say Brad Cooper (Parry Shen) will visit Lucas Jones (Ryan Carnes) with some updates. At Turning Woods, Brad will fill Lucas in on his idea of moving away – perhaps to Portland if that position he heard about works out. Once Brad makes his pitch, Lucas will give the greenlight. He’ll leave Brad marveling at the hopefully bright future ahead of them.

Of course, Nelle Benson Archer (Chloe Lanier) doesn’t want “Brucas” taking “Wiley Cooper-Jones” (Erik and Theo Olson) anywhere. She actually has plans to scoop “Wiley” for a trip of her own, but she’ll turn to Willow Tait (Katelyn MacMullen) for help in the meantime.

Nelle will find Willow at home with Harrison Chase (Josh Swickard) in Friday’s episode. She’ll inform them that Brad and Lucas are thinking about leaving town, so she’ll probably hope Willow can stop them. General Hospital spoilers say Nelle will spar with Willow while she’s there – and we’ll even see a hint of jealousy. Chase and Nelle were a thing once, so Nelle will be a hint territorial about her ex.

Naturally, a sociopath like Nelle doesn’t really care about Chase’s love life. He was just a pawn in her game, but that won’t stop her from snapping at Willow and causing drama. Across town, Nina Reeves (Cynthia Watros) will ask Jasper “Jax” Jacks (Ingo Rademacher) if an option’s still on the table. She’ll fear she might’ve blown her shot, but Jax will be willing to become more than friendly with Nina.

General Hospital spoilers say a hot Jax and Nina hookup’s coming soon, but let’s talk about Valentin Cassadine (James Patrick Stuart) for now. He’s facing despair and a major identity crisis, but he’ll hope Helena Cassadine (Constance Towers) can offer some answers – if only in his own mind.

The “ghost” of Helena will be on hand to explain how she pulled off “such a horrible lie,” so it’ll be interesting to see what she has to say. Keep watching ABC’s GH and be sure to check back often for the latest General Hospital spoilers, updates and news.