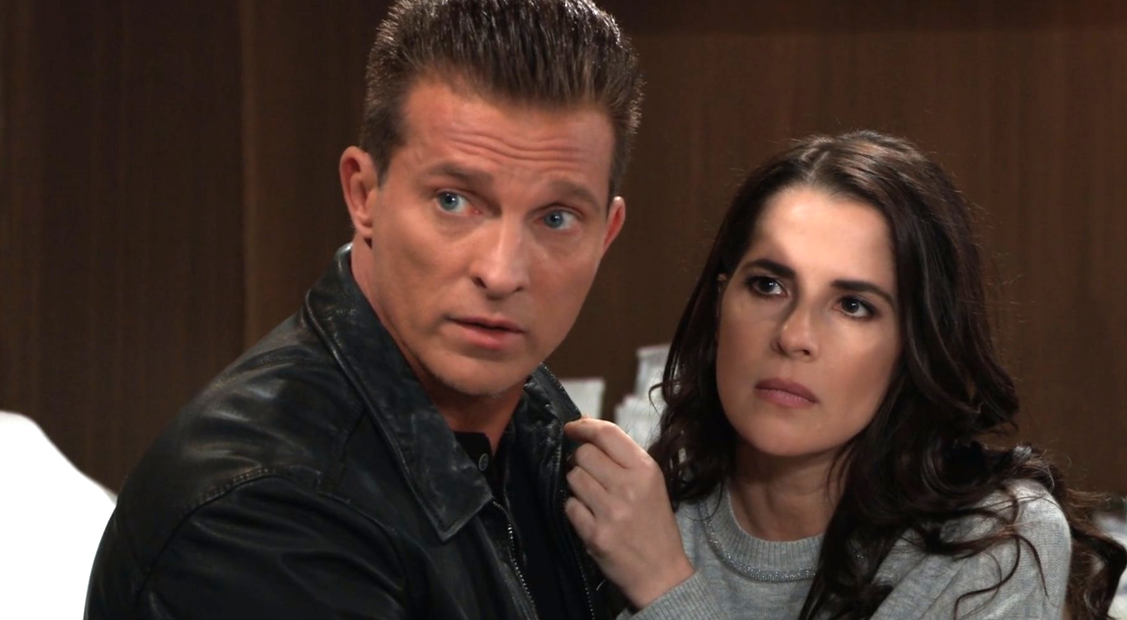 Dr. Hamilton Finn, (Michael Easton) although torn over what he knows his fiancée Anna Devane (Finola Hughes) will see as a betrayal, has had to make a decision to turn over the information that Anna took out of Peter August’s (Wes Ramsey) file in order to protect him – namely, that he had worked at Euro-Tech, a DVX front company, at the same time as David Black, (Lon Gowen) the gunman that attacked Dr. Andre Maddox (Anthony Montgomery) as he was starting the memory transfer reversal procedure on Franco Baldwin (Roger Howarth).

As General Hospital viewers will recall, Peter hired Black to kill Andre and Franco if necessary, to keep the secret of his deeper involvement in the memory mapping and kidnapping of Drew Cain (Billy Miller) out of Afghanistan and the real reason he “saved” Jason, putting him in the Boronsky Clinic as Patient Six for five years. Finn made this decision realizing that Peter is much more dangerous than he seems and that he could decide to eliminate Anna if she got in the way of his plans!

He made the decision to protect her from her own bad judgment! He will talk to District Attorney Robert Scorpio (Tristan Rogers) and Sam and Jason about this possible connection.

Sam and Jason meet in secret to discuss the new information and what it might mean for the case against Peter. They may again meet in the police station or the DA’s office with Robert. Granted, two people working at the same company in the same time period is far from being a “smoking gun”, especially if it is a large company with many departments, and there is no proof that Peter August and David Black knew each other back then.

They will need to find out more about Euro-Tech and the personnel roster at that time. However, especially if the company is not still in business, that may be difficult. Even Anna herself didn’t do that deep of a dive with her WSB access to find out if Peter and David had worked in the same department or office when they were employed there – but then, maybe she didn’t really want to know! Damian Spinelli, (Bradford Anderson) is back in Port Charles but he may not be able to access that kind of intelligence information either since the company is overseas and a front for a spy organization at that!

However, considering there are no known DVX operatives currently operating in Port Charles – and Andre Maddox has been ruled out since he was the victim of two attempted murders – Peter is the only tie that David Black could have had.

Of course, Black died on the operating table so he cannot be questioned and Andre’s other attempted assassin died in prison, the victim of a jealous Ryan Chamberlain (Jon Lindstrom) who didn’t like the way Bryce Henderson (Brian Gross) was talking about Ava Jerome (Maura West), who he had a photo on the cell wall – actually the Crimson cover of the issue, “Midnight In The Garden Of Good And Ava”. It’s not a “smoking gun” but it’s a start and proof of a connection between Peter and the attempted assassin, however tenuous.