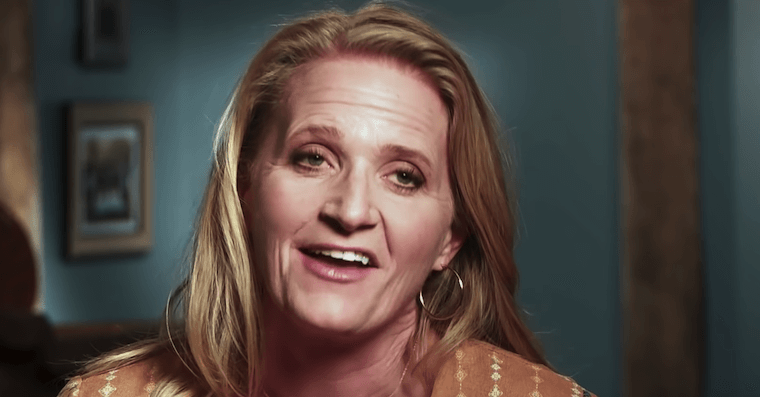 While Christine Brown says she loves her fellow wives, she prefers to live under her own roof.

On Sister Wives, Kody Brown keeps pushing for his desired polygamous dream palace, but this has caused concern among the wives. One of these is Christine Brown, who is quite frankly horrified at the idea of them all living under one roof.

Better mother in her own home

Christine says this isn’t just about her Sister Wives, as she believes she is a better mother when living in her own home. Recently Christine has been live-tweeting about the subject, saying she loves her Sister Wives, but honestly she is “a better mom living separate.” But she does want to “live next to them” for the rest of her life.

This isn’t the first time Christine has shown her objection to Kody’s plans for the massive polygamous palace where the entire family is set to live. In one previous tweet, she admitted to stress eating after Kody presented the “One House” to them all. She said she loved their living arrangement in Vegas and that it worked well, and questioned why they would “mess with perfection.”

Every time Christine airs her concern over the idea, she keeps stressing the fact that she does love her sister wives, but that she does not wish to go back to all of them living in the same house, as they did in Utah.

In Vegas, each wife had sufficient autonomy and felt in control and content. But now it seems Christine isn’t the only one against Kody’s big house. The only one completely for it is Janelle, but even she has mentioned that the sister wives are not as close as they used to be. Janelle is hoping that if they live in one big house, this will bring them all together again. However, maybe she’s wrong and the whole thing could tear them apart.

It’s not unusual for polyamorous relationships to share the same home, but in this case there are four wives, all with their own children and sharing the same husband. This could definitely spell trouble. Even in separate homes, jealousy sometimes rears its ugly head, but if everyone lives under one big roof, this can only get worse. For one thing, with four women, who have been used to running their own homes, how do they decide the day-to-day running of the mega-house? If everyone gets along, this can work, and this is what both Kody and Janelle are hoping for.

Keep watching Sister Wives on TLC and follow them on social media to find out if the other wives speak out against Kody’s dream polygamous palace.