The Bold and the Beautiful Spoilers: Friday, February 14 – Sally Shocks Katie By Refusing Treatment – Zoe Fails To Bond With Douglas 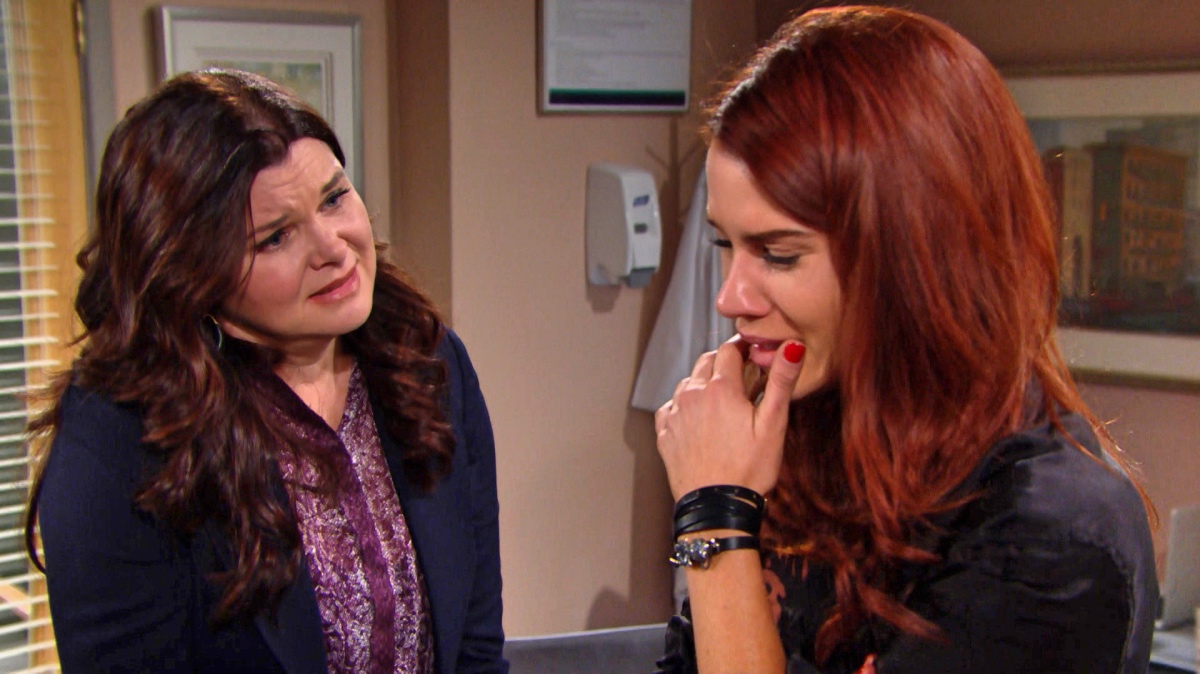 The Bold and the Beautiful spoilers for Friday, February 14, tease that Sally Spectra (Courtney Hope) will give Katie Logan (Heather Tom) some cause for concern. As B&B viewers know, Sally has been given a terminal diagnosis with about a month left to live. She’s currently suffering from debilitating physical symptoms that are interfering with her life, and her doctor has suggested that she go on a regimen of drugs to keep her comfortable.

Sally has decided that she wants to handle her illness on her own, and that she doesn’t want her family or Wyatt Spencer (Darin Brooks) to know about her diagnosis. Well, Katie did end up telling Wyatt about Sally’s diagnosis, but at this point Sally doesn’t know that Wyatt knows about the situation. And that means that Sally will probably continue to be Sally’s main source of comfort.

The Bold and the Beautiful Spoilers: Sally Refuses Help – Katie Forced to Make Tough Decisions For Her Own Good

Sally Spectra Wants To Refuse Treatment For Her Illness

The Bold and the Beautiful spoilers say that Sally will tell Katie that her plan is to refuse treatment for her illness. Of course, there’s no treatment that will cure Sally’s condition at this point, but there are drugs that could keep her comfortable and perhaps keep her symptoms from being too much to manage. But according to B&B spoilers, Sally will tell Katie her intention to refuse that treatment.

Katie will likely try to get Sally to change her mind – after all, there’s no reason why Sally needs to needlessly suffer. Katie will try to persuade Sally to take care of herself and to fight for the time that she’s got left. We’ll see if Sally ultimately listens to Katie, or if she continues on wanting to go it alone without her meds.

Meanwhile, on Friday’s new episode of B&B, Zoe Buckingham (Kiara Barnes) will have a difficult time with Douglas Forrester (Henry Joseph Samiri). As B&B viewers know, Thomas Forrester (Matthew Atkinson) asked Zoe to spend a little time with Douglas while he talked with Hope Logan (Annika Noelle). It looks like B&B viewers will get to see the specifics of Douglas and Zoe’s interaction on Friday’s episode.

It appears that Zoe will try to bond with Douglas, but Douglas will only want to get back to his Mommy Hope. Of course, Douglas is pretty confused right now, since he just saw Thomas and Zoe kissing. He doesn’t know what that means for him and he’s afraid that Zoe might become his new Mommy.

Of course, Douglas is a sweet little boy, so he probably won’t say anything to Zoe that’s untrue or mean, but he’ll probably be straightforward about just wanting to get back to Hope. Douglas cold also question Zoe about why she was kissing Thomas, which could get awkward.

And while this is going on, Thomas and Hope will be continuing their conversation in the Forrester backstage area. Thomas has just asked Hope a big question about whether they could ever be a family with Douglas. It’s highly doubtful that Hope will say yes to that, but nevertheless, Thomas will think that his plan is working out just as he had planned.