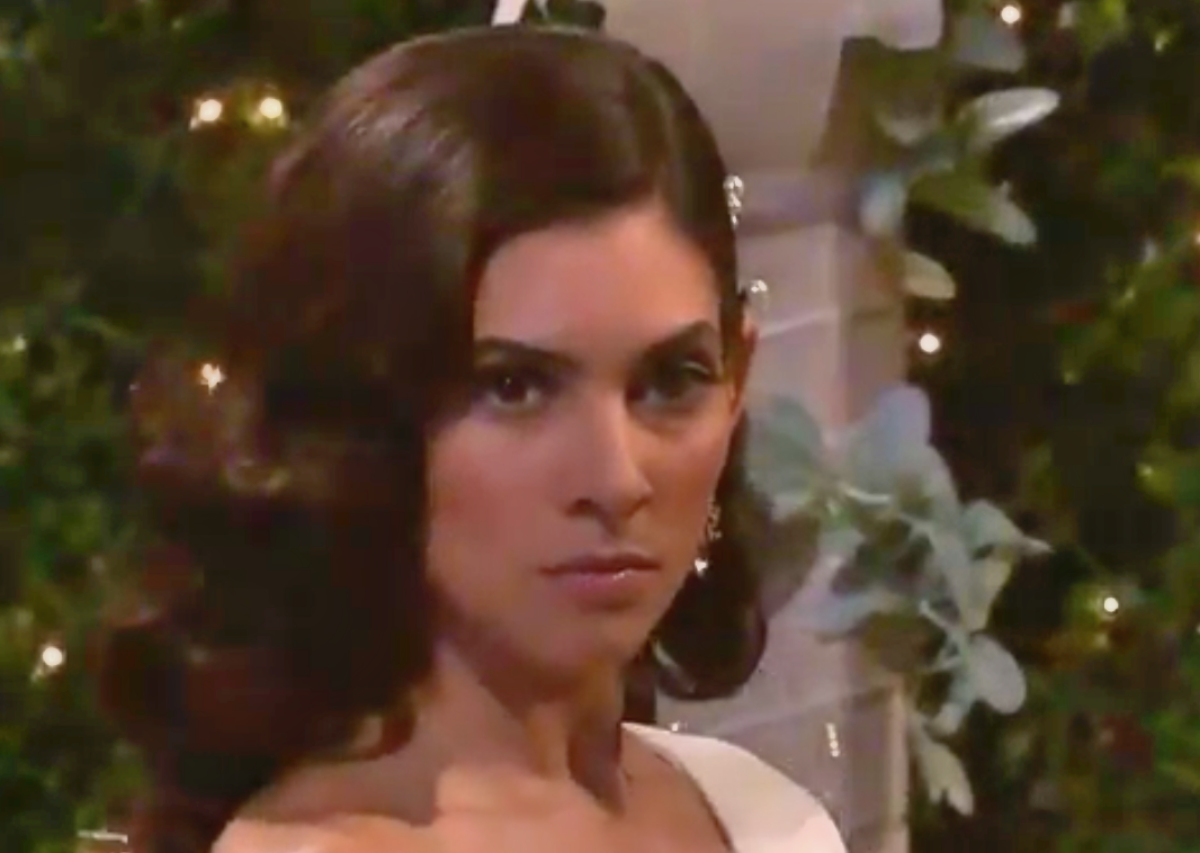 Lani will hurl public accusations at Gabi, who should deny them initially. However, Lani will keep revving up the pressure with more and more details. Gabi wanted revenge after Stefano DiMera’s (Brandon Barash) death, so she booby-trapped Julie’s pacemaker and held it over Lani. That’s how Gabi forced Lani to dump Eli on their own wedding day.

Days of Our Lives spoilers say Julie will lash out at Gabi after Lani’s confession. Gabi will eventually concede that Lani’s right and will crank up Julie’s pacemaker as promised. It’ll lead to some stunning moments as Julie clutches her chest and collapses – seemingly in severe pain.

Of course, Days is playing a little trick on the audience here. It turns out JJ was able to get his hands on the pacemaker switch and short-circuit it. Gabi’s power has been eliminated, so Julie’s cardiac episode will just be a charade on her part. The plan will work since Gabi will fully incriminate herself and set up her arrest by the time Tuesday rolls around.

Until then, let’s talk about what else is happening in Monday’s episode. Days spoilers say it’ll obviously still be Valentine’s Day in Salem. That’s evident through the continued wedding fiasco. Across town, Sonny Kiriakis (Freddie Smith) will think back on last Valentine’s Day with Will Horton (Chandler Massey). They apparently had a pretty great one, so it’ll be tough for Sonny to reflect.

Days Of Our Lives Spoilers: Sonny Kiriakis Will Think Back On Last Valentine’s Day With Will Horton

In prison, Will’s also going to remember these bittersweet Valentine’s Day memories. Days of Our Lives spoilers say Will will just want to get back to that strong relationship. He could get his marriage back on track if he’d just tell the truth and try to get out of Stateville.

Unfortunately, that situation will remain complicated due to Maggie Kiriakis (Suzanne Rogers). Will knows this news would shatter Maggie in the worst possible way, so he’s wary of giving her updates. For now, Will and Sonny will separately mull over better times and wish things were different.

Days of Our Lives spoilers say Sonny will plan to move on with Evan Frears (Brock Kelly), but that plan’s going to change in the near future. Stay tuned and don’t forget to check back often for all the latest DOOL news as well as updates.