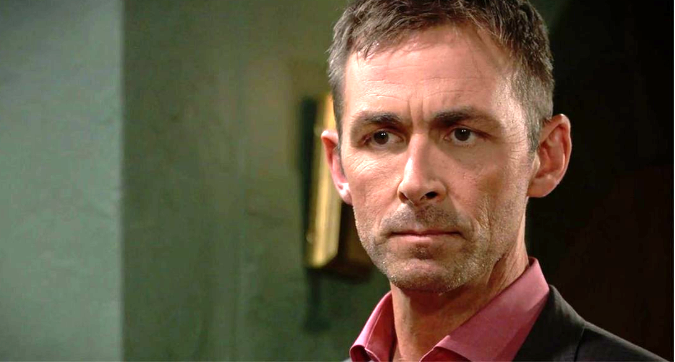 James Patrick Stuart, also known as Valentin Cassadine on “General Hospital,” shared an exciting Hollywood tidbit. The actor revealed that he had a past connection with Harrison Ford, who became an international superstar thanks to his role as Hans Solo in the original “Star Wars Trilogy.”

In an Instagram post, Stuart shared an old photo of Ford and revealed that his family once hired Ford back when he was still working as a carpenter. The actor shared that Ford built the deck on his childhood home in the San Fernando Valley.”

Stuart’s character, Valentin Cassadine, is heading on a downward spiral as he continues to face problems in his life. Valentin is struggling to find a sense of belongingness and meaning to his life after learning that he’s not a true Cassadine. Spoilers reveal that he’s going to hit rock bottom as his troubles continue to get worse.

Apart from the revelation that he has no relation to the Cassadines, he also found out that Helena Cassadine’s (Constance Towers) son. As if that wasn’t enough, he’s currently broken-hearted after learning that Jasper Jacks (Ingo Rademacher) kissed Nina Reeves (Cynthia Watros). Now that Valentine back on the dark side, he may very well create a revenge plan against all those who have hurt him.

Viewers know how ruthless Valentine can be and now that Jax is getting cozy with Nina, he may very well have a target on his back. Spoilers also hint that he’ll visit Jax’s office and a gun is fired later on. Nobody knows if he shoots Jax for real or if Valentin’s just imagining what he’ll do to him.

General Hospital Rumors: Valentin Goes After Jax And Kills Him In Front Of Joss; But Is It Only A Nightmare – And Whose? https://t.co/y1ld0alA0h pic.twitter.com/xm1qGDthmJ

Valentin is also plotting to take control of ELQ, And to do that, he needs to get a majority of ELQ shares.

So, what’s his next plan? What is he willing to do to get what he wants? Plus, it won’t be too long before he goes on a rampage. So viewers have to stay tuned to find out what happens next.