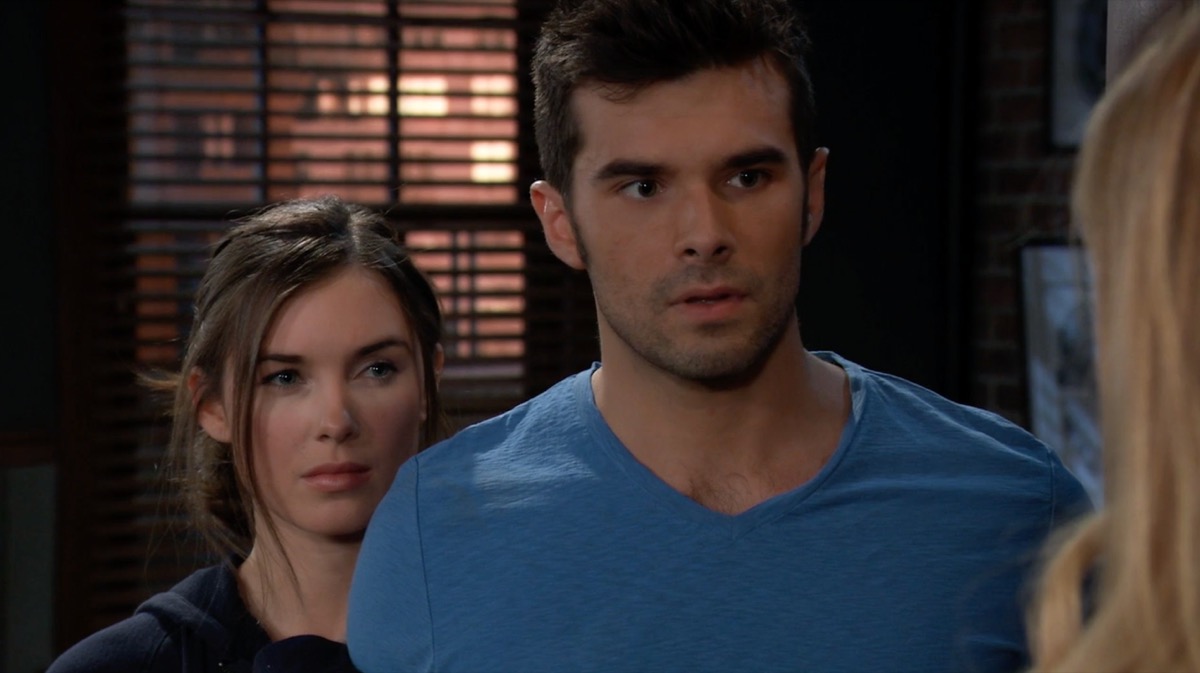 General Hospital (GH) spoilers for Monday, February 17, tease that Valentin Cassadine (James Patrick Stuart) will have a run-in with Lulu Spencer (Emme Rylan). There’ll still be plenty of tension, but Valentin will hope to resolve the situation regarding their daughter, Charlotte Cassadine (Scarlett Fernandez). Valentin will suggest they can fight or they can compromise – it’s up to Lulu.

GH Spoilers: Valentin Cassadine Will Have A Run-In With Lulu Spencer

Of course, Lulu won’t be keen on negotiating, but she knows how much Charlotte loves her papa. It’d be better for the kid if her parents at least tried to get along. Next, Nina Reeves (Cynthia Watros) and Jasper “Jax” Jacks (Ingo Rademacher) will continue to enjoy their move out of the friend zone. They just had a steamy night together, but their morning coffee together will be pleasant, too.

Nina and Jax will reaffirm that they have no regrets. They’re eager to see where this leads, so let’s hope it leads to good things! Speaking of good things, Lucas Jones (Ryan Carnes) thinks his decision is one. He was all for Brad Cooper’s (Parry Shen) idea about moving to Portland, which would let them get back to their little family of three with “Wiley Cooper-Jones” (Erik and Theo Olson).

Naturally, that means “Wiley” would be separated from Willow Tait (Katelyn MacMullen). Lucas will talk to Willow about all this on Monday, but he’ll undoubtedly offer reassurance. He won’t want Willow thinking she’s going to be forgotten or shut out of “Wiley’s” life. There’ll probably be an open invitation for anytime Willow wants to pop over to Portland and visit.

Nevertheless, General Hospital spoilers say Willow will have to get ready for a brutal goodbye. It’ll break her heart to think about saying goodbye to her son, who isn’t really her son at all. GH fans know “Wiley” is actually Jonah Corinthos, but Brad certainly doesn’t want Lucas remembering his confession about that. That’s why he wants to get Lucas away from Port Charles and anything that could jog his memory.

When Brad gives Julian Jerome (William deVry) updates, Julian will agree it’s for the best. Protecting this secret has to be the priority. The trouble is they won’t count on Nelle messing everything up for them. At the Quartermaine mansion, it looks like Nelle will tell Michael Corinthos (Chad Duell) about making a deal for the shares. She’ll insist she’s going to leave Michael and his family in the dirt.

Nelle intends to take the money and run with “Wiley,” but she’ll be forced to improvise when her plan gets thwarted. That’s coming up later in the week, but Michael will battle suspicions for now. He’s always on his guard around Nelle, but he’ll be especially concerned about this “Wiley” infatuation of hers.

Sonny Corinthos (Maurice Benard) won’t look pleased by Brando’s threat. Meanwhile, Carly Corinthos (Laura Wright) will stand there smirking as usual. They’ll have to spill all and trust that Brando won’t spill this news to anyone else.

General Hospital spoilers say some fantastic drama’s on the way. Stick with the ABC soap and be sure to drop by often for all the hottest GH news and updates.